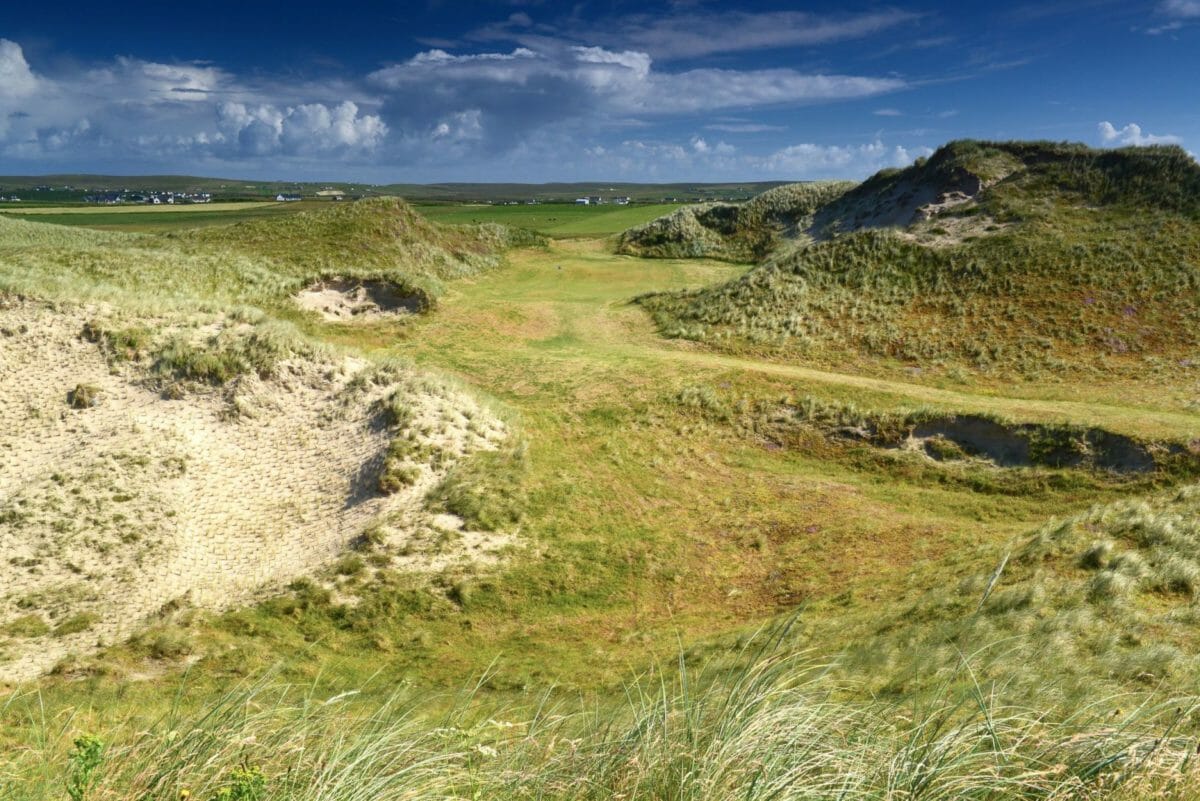 A tee to green view of the 2nd hole on Carne's Kilmore course, by Kevin Markham

Ireland has a vast range of amazing short holes… from ocean drama to hilltop happiness to the terrors in the trees. We can all make birdies… we can all make double bogeys but whatever our score, we all love a great par three.

Picking a top ten is unbelievably tough, mainly because of the amazing holes that have to be left out. We started at number 10 on Tuesday – the 8th hole at Druids Glen – followed by number 9 – the famous ‘Dell’ hole, the 5th at Lahinch – followed by number 8, the first of a great collection of par threes, hole 4 at Co Sligo – at number 7 we chose the superb finishing hole at Killarney – 18 on Mahony’s Point while coming in at 6 was one for the worshippers, the 12th aptly named ‘Mass Hole’ at Waterville.

On Monday we entered the top 5 ahead of Friday’s reveal of our favourite short hole on the island of Ireland. At number 5 sat a hole capable of causing devastation, Shipwreck, the 16th obstacle at Tralee followed by a hole many of you had been calling out for, the 15th at Portmarnock.

Now we enter the podium places though the bronze medallist may come as a surprise?

Of this entire top 10, this is the hole you are least likely to have played. It is on Carne’s ‘new’ nine which has had limited play since it opened in 2013. That is changing this year as the club introduces a composite 18 (combined with the Hackett’s course back nine).

There are so many good par threes at Carne (14 and 16 on Hackett, and 7 on the Kilmore) but this is one of those holes you’ll play and then want to walk straight back to the tee and play again. It’s a high tee in the dunes, tucked away on its own, playing to a green below that is wedged between two more heaving dunes that tower over the putting surface. It feels almost lunar. The completely natural green has sharp and unpredictable slopes but it is the blow-out bunker that rises almost to the top of the right hand dune that proves even more impressive… and you only get a hint of it on the tee shot. A mystical, magical hole. 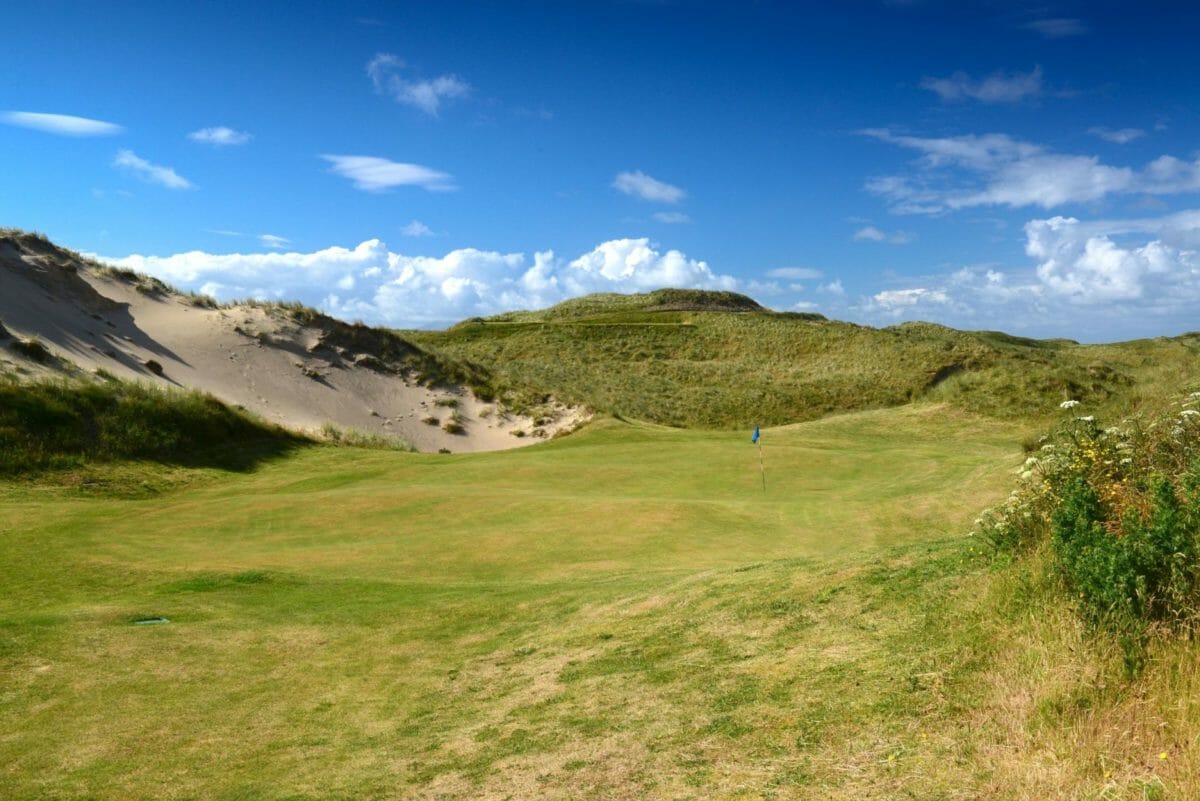 Green to tee view of this piece of golf heaven in Carne. By Kevin Markham