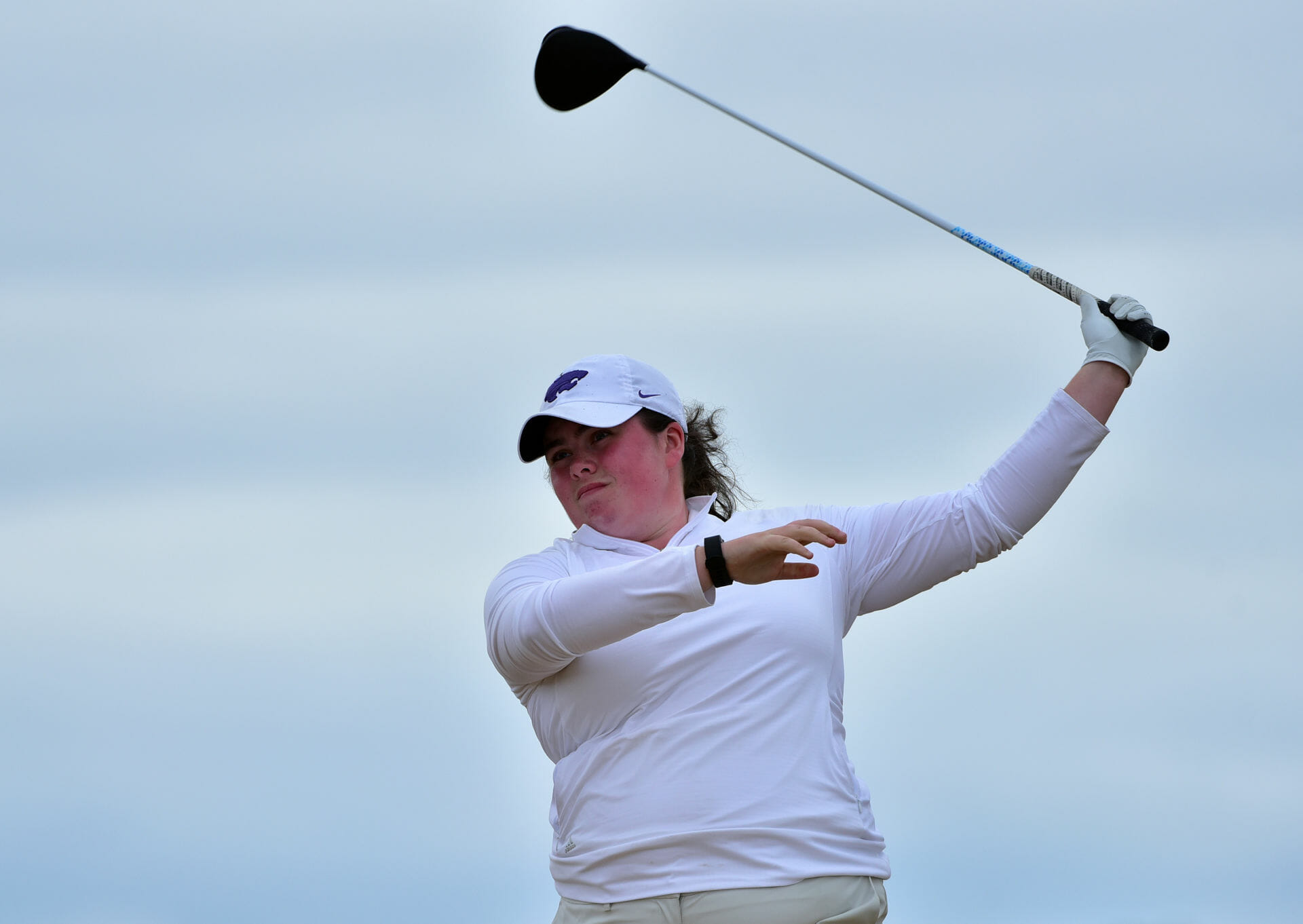 Niamh McSherry’s growing influence amongst her Kansas State golf team is becoming more evident each week with the Lurgan amateur again starring for her side at the Juli Inkster Invitational.

K-State women’s golf had more than a couple birdie putts burn the edge of the cup during Tuesday’s final round at the Juli Inkster Invitational and a ninth-place finish, just five shots out of fifth and in the upper half of the field, had a similar feel.

“That’s kind of the story of the week – close but not quite,” K-State head coach Kristi Knight said. “I’m proud of the team, they hit quality shots and when they hit the ball poorly, they responded well. They had good attitudes this week, but we just didn’t have a very good week on the greens overall. We didn’t hole many birdie putts, that’s the name of the game sometimes, it’s a hard game.

“We felt like if we were solid today we had an opportunity to climb the leaderboard. We just couldn’t get any momentum on the greens, not enough birdie putts fell.”

She was joined in the top-20 by McSherry who finished one shot back and tied for 13th after shooting 73-74-74—221 (+5). It was the sixth straight finish among K-State’s top two shooters for the ever-improving McSherry.

“I’m happy to get another good result again,” McSherry said. “I feel like I have improved a lot over the last year to get these results. Also happy to see Reid join me again up near the top, I’m very happy for her.

“It would have been nice for us to move up the leaderboard today but hopefully the break does us good and we put in a good performance at the Mountainview in Tucson.”

K-State sophomore Heather Fortushniak turned in her best round of the tournament with a 2-over 74 to close the event at 10-over 226 and in 34th. She was followed closely by Chloe Weir in a tie for 37th at 12-over 228 after shooting 76 for the third straight day. Briony Bayles was tied for 65th after finishing the event 23-over 239. K-State individuals Darby Deans and Haley Vargas tied for 67th at 28-over 244.

Oregon State used a third-round 284, the best score of the tournament to climb past Washington State for the team title at 7-over 871. Individually, Washington State teammates Marie Lund-Hansen and Amy Chu tied for the individual title at 2-under 214. San Francisco and Rutgers finished immediately ahead of K-State by two strokes at 29-over, behind No. 39 Pepperdine at 28-over, and San Jose State was fifth at 27-over.

K-State will have a week and a half before returning to a familiar location and event at the MountainView Collegiate in Tuscon, Arizona. The Wildcats take turns co-hosting the tournament with Missouri, this year’s host, and have competed at MountainView every spring since 1999.

“It felt good to be back in the hunt,” said Isaac. “Being a score this team can count on is my biggest goal so it’s a good feeling to be able to contribute this week. I know our team will be doing a lot of putting practice and working on eliminating big numbers before we set off for Tucson. Missing the opportunity to move up a few spots as a team today stings, but it fueled a fire in all of us today to do better in Tucson.”