All I am doing is copying Tiger, says Bay Hill leader McIlroy 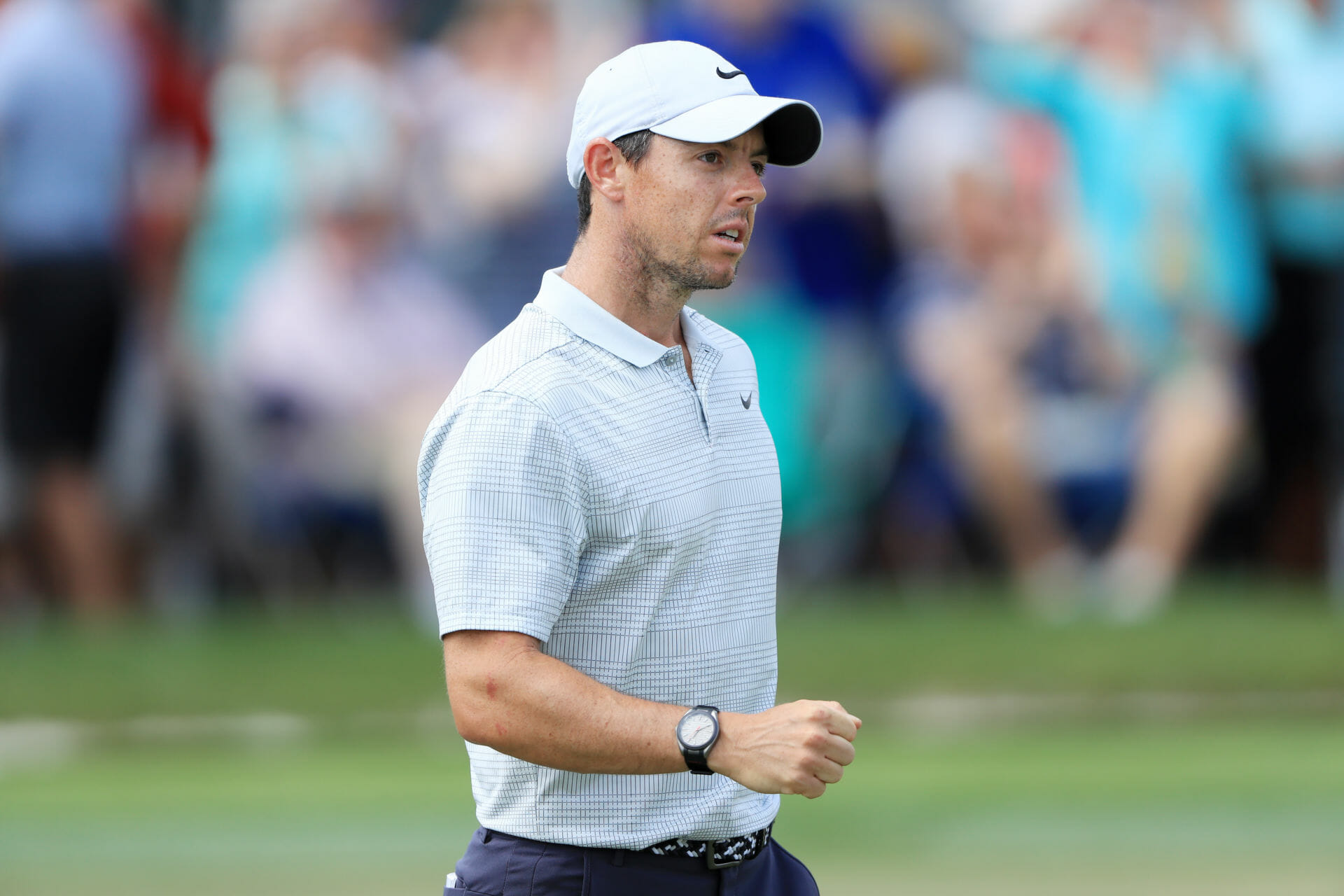 World No. 1 Rory McIlroy insists all he’s doing is coping Tiger Woods’ aggressive style in muscling his way straight to the front with a six-under par 66 clubhouse lead on day one of the Arnold Palmer Invitational in Orlando.

McIlroy bogeyed the second hole of his round before completing his closing 11 holes in seven-under par, capped by an eagle ‘3’ at the par-5 fourth hole, the 13th of his round on the Bay Hill course.

And while missing three of the 14 fairways, McIlroy was three-under on the four par-5s and deadly accurate with the putter in posting just 25 putts.

“After the bogey on my second, I played some great golf after that including holing a good eagle putt on my 13th hole,” he said.

“The thing about Bay Hill is that it’s always been about the par-5s and if you can play the par-5s well and play the rest of the course pretty conservatively and pick your spots, well that’s why Tiger won eight times around here.

“He just killed the par-5s and he would pick and choose where he was going to be aggressive and I am just trying to follow that plan.”

It is McIlroy’s fifth event in succession since his second tournament of the 2019/20 wraparound PGA Tour schedule in winning last November’s WGC – HSBC Champions event in China, that he has shot in the 60s on day one.

Though since the success in Shanghai, McIlroy has been in Sunday’s final group in his following two events, finishing T3rd and T5th and then third in Mexico City.

It was a question put to McIlroy when asked what is he learning from being ever so close to PGA Tour win No. 19.

“I mean, if you do shoot a good one, you know it’s in there, you know you’re playing well, so you have just got to try to keep it going”.

Harrington, like McIlroy, was off from the 10th tee and also bogeyed the 11th before the only birdie of his round at the par-5 16th.

He then lost a ball off the tee right into bushes off the fourth, the 13th hole of his round, in taking a bogey and then missed the green left at his last in finding a bunker before missing his par putt.