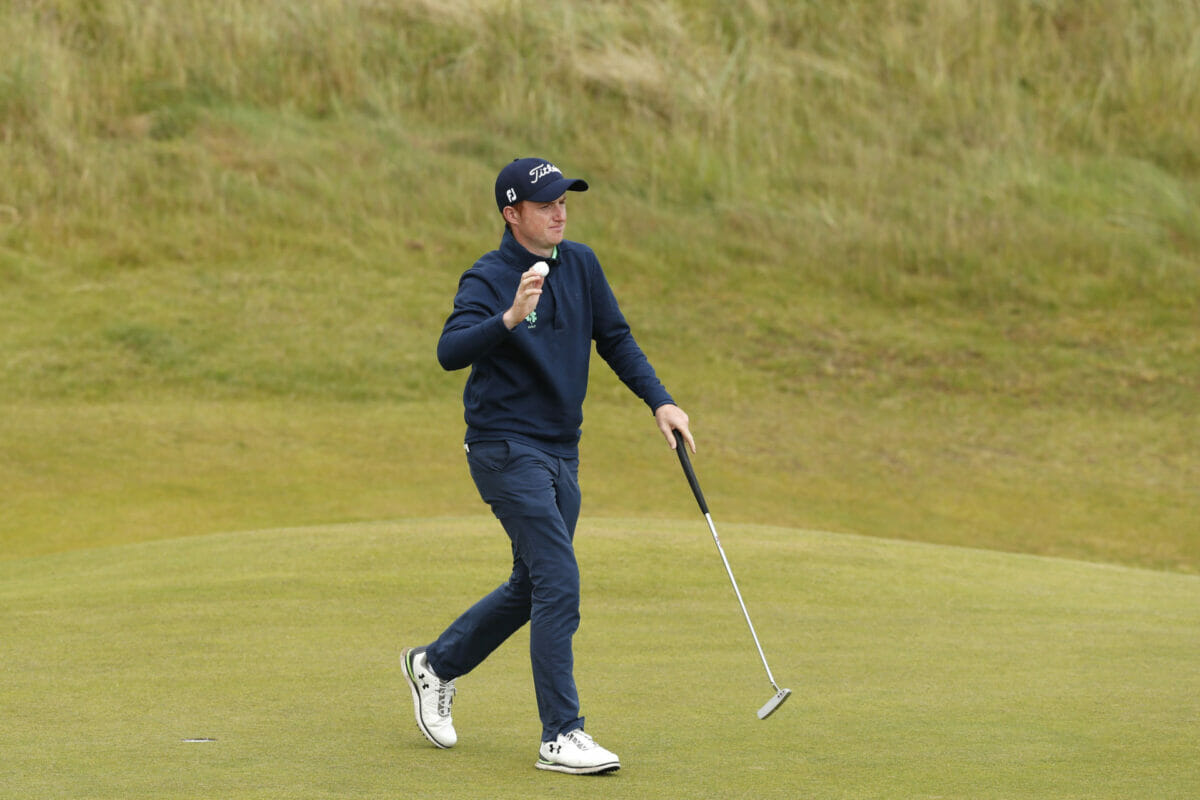 Rookie Ronan Mullarney continued to tip along nicely after recovering from a nightmare start to his second round at the Alps Tour season opener – the Ein Bay Open in Egypt.

The Galway man, who made his professional debut at Alps Tour Q-School in December, added an even par effort to his opening three-under par round of 69 on a tougher scoring day on Wednesday.

Indeed, Mullarney felt the wrath of the course from the off with a driving wind making the first hole a very different proposition to what it was on day one while the second is a testing par-4 at the best of times.

“It played straight into the wind on the first,” said Mullarney. “It’s only 400 yards, it’s usually a smooth drive over the bunker and a wedge or nine-iron in and I hit driver four-iron. I still three-putted though so I can’t blame the length of the hole!

“The second’s a tough hole and I made a mess of that but I played nicely after that because the head was a bit scrambled,” he added after opening bogey/double-bogey to get his second round underway.

“It was really windy – it was tough. It was like playing the West of Ireland, just a little bit warmer! I played nicely though, it could’ve been better as I still missed a few putts coming in but it wasn’t easy out there so I’m happy with level par.

“I’m looking forward to playing tomorrow,” he added. “Myself and Gary [Hurley] are playing together – about 10am our time which is 8am your time – so that should be fun and hopefully there’ll be plenty of birdies between us and we can move our way up the leaderboard.”

Mullarney’s three birdies after a rough start moved into a tie for 8th at minus-three alongside final round playing partner, West Waterford’s Gary Hurley who had to work hard to return a two-over par 74.

Hurley had been quick out of the blocks, putting a good pre-season to use in an opening 67 but needed to hang tough on day two after carding two bogeys and a double amongst his 18 holes.

Where some struggled, Castleknock’s David Carey soared in matching Hurley’s score of the opening day, a five-under 67 to reignite his chances.

For the second day running, the big-hitting Dubliner eagled the par-5 17th and added a further four birdies with just the one dropped shot to get to two-under par and inside the top-15 ahead of the final day.

With the cut falling at two-over par, Peter Dallat made it on the number after struggling to a 76 after a promising two-under start.