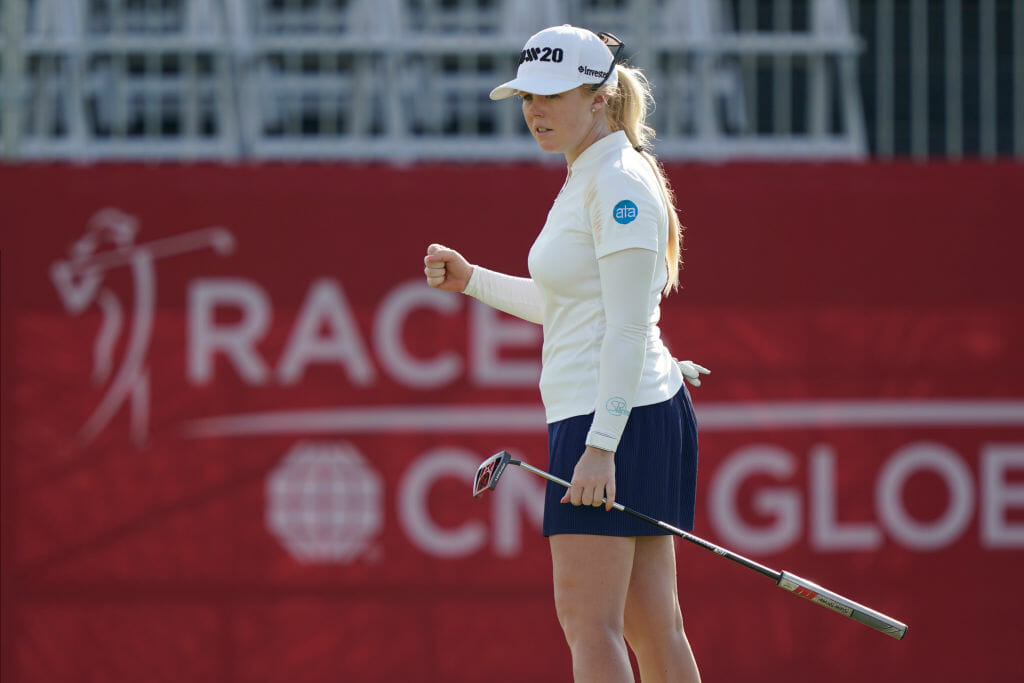 Stephanie Meadow remains right on course for a big week after making more progress on moving day at the Women’s Australian Open at Adelaide Golf Club.

After enjoying a top-20 finish at last week’s ISPS Handa Vic Open, the Jordanstown professional looks intent on bettering that result this week in South Australia and patience prove key to her superb three-under par round of 70 on Saturday.

Meadow opened with 10 straight pars as those around her made ground on the leaders and although her first birdie of the day at 11 was cancelled out by a bogey at 13, the Northern Irishman persisted in pulling off a superb birdie on 15 before eagling 17 to be home in 33 strokes and move to a seven-under par tournament total.

That’s currently just one shot shy of the top-10, albeit eight back of South Korean Inbee Park who leads the field by three at 15-under par.

Seven-time major winner Park honed in on her 20th LPGA Tour win when firing a third round 68 to go three clear of compatriot Ayean Cho.

Due to the virus outbreak in China, the Women’s Australian Open will be the last LPGA tournament for a month after the cancellation of three scheduled events in Thailand, Singapore and China.