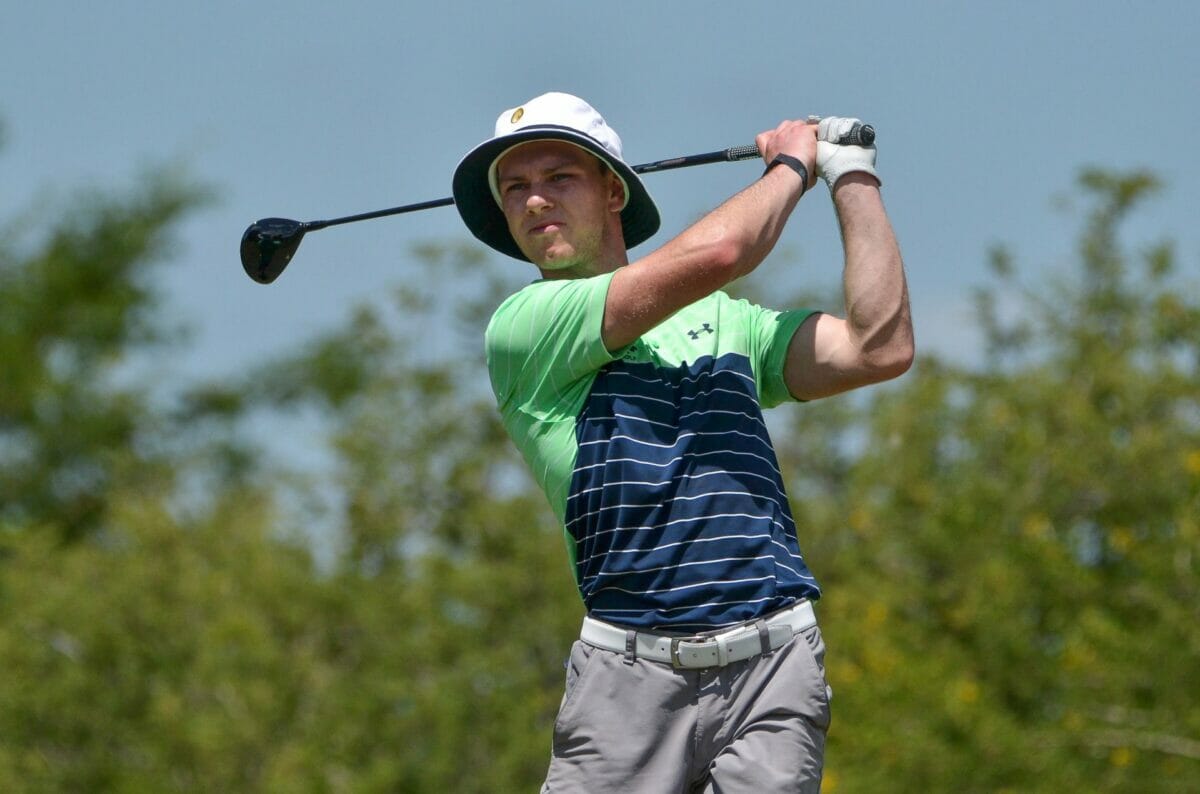 It was a great week for the GUI’s travelling squad to Randpark as Caolan Rafferty, James Sugrue, Rowan Lester and Tom McKibbin all secured top-10 finishes at the South African Amateur Stroke Play Championship.

It was a week of incredible scoring and although the likes of Lester and Rafferty had chances heading into the final day, home favourite Casey Jarvis never offered them a sniff as he raced to a dominating nine shot victory at Firethorn.

#GolfRSA SPOTLIGHT
Casey Jarvis…. at 16y, 6m & 17 days, the youngest champ in the 51-year history of #SAStrokePlay Championship & what he show he gave the spectators at @RandparkGolf!

The 16-year old’s 25-under par total saw him become the youngest ever winner in the 51 year history of the event while his merciless final round 65 meant the rest of the field were playing for places.

In the end it was Dundalk’s Rafferty who finished best of Ireland’s hopefuls after he closed with a brilliant five-under par round of 67 to continue his bright start to the season.

The Maynooth scholar fired six birdies to get to 15-under par, good enough for outright third and bettering his tied 6th finish a week ago at the African Amateur at Leopard Creek.

Three shots further adrift was Mallow’s James Sugrue who matched his finish of the week prior with another sixth place result.

It was another rock-solid week for the Amateur Champion who closed with a four-under par round of 68 for a 12-under tally as he warms up nicely ahead of a shot at the Masters in six weeks’ time.

Holywood’s Tom McKibbin and Hermitage’s Rowan Lester had to settle for a tie for seventh but they’ll have differing emotions after Thursday’s final round.

Where McKibbin continued to blossom with a five-under par 67, Lester, who for a long while looked capable of challenging Jarvis atop the board, could only manage a three-over par 75 to fall to 11-under par – still a great week for the Dubliner.

Malone’s Matthew McClean meanwhile signed off with a round of 70 for a top-20 finish at minus-seven.

Carton House’s Keith Egan returned the same number to sneak a top-50 finish at one-over par while Naas’ Robert Brazil was one shot further adrift after carding a final round 75.