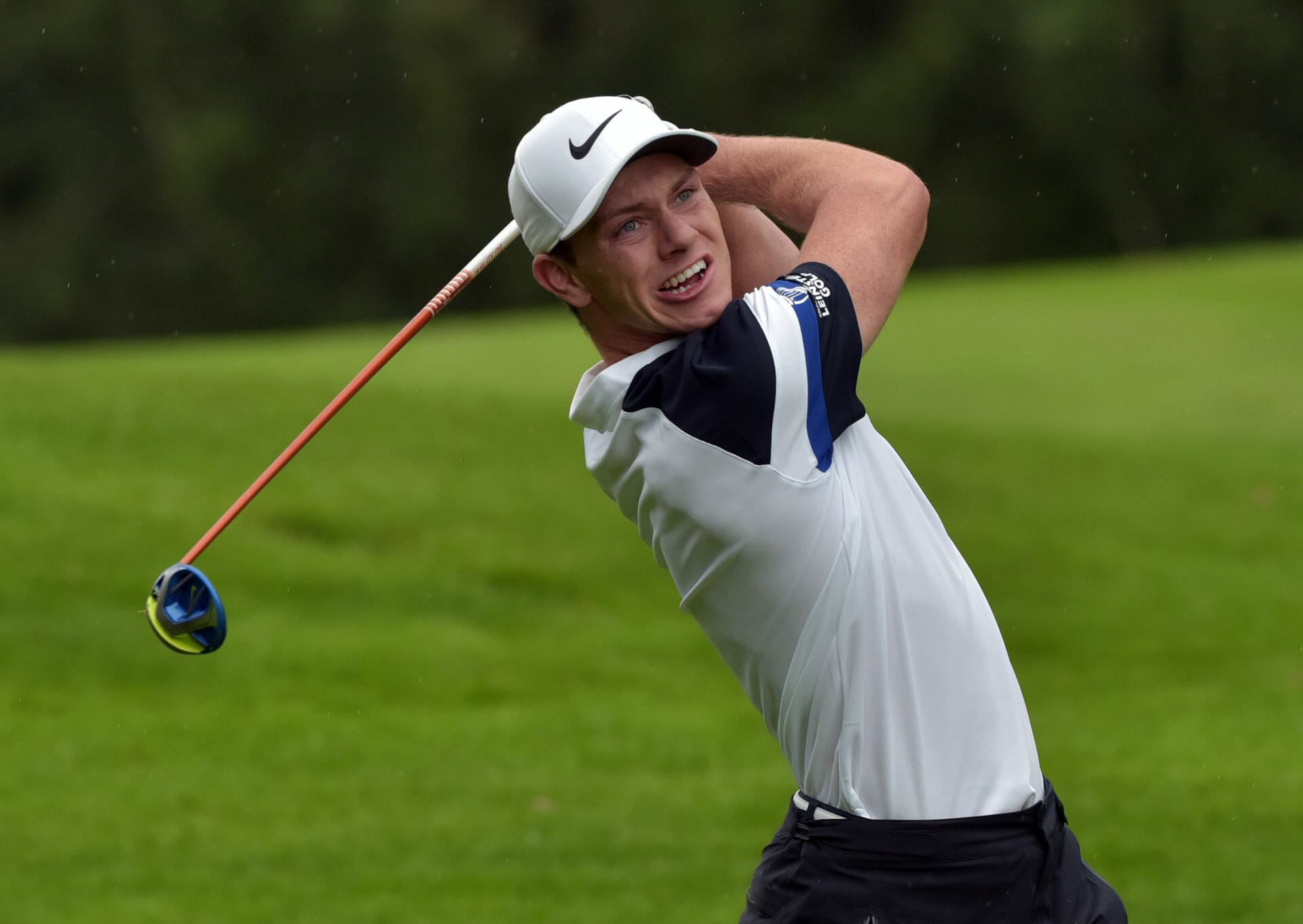 The Dubliner credited his big-stick for a great run of scoring over an opening day 66 and he was in sensational form once more in posting a second round five-under par 67 to move to 11-under par – two shots behind South Africa’s Casey Jarvis.

“I’m very happy the GUI chose me to come on this trip, we’re spoiled being over here playing golf for two and a half weeks at the tournaments we play,” said Lester who went on to reveal some big plans on the horizon.

2020 #SAStrokePlay UPDATE
Solid 5-under 67 for Irishman Rowan Lester …11-under for 36 holed and that’s the target to break or tie today ?
Round 2 at Randpark Golf Club.#golfrsa #AfricaSwing #itstartshere pic.twitter.com/PRyNnifKfL pic.twitter.com/czhmEbbCtR

“I think I’m going to go Q-School for sure in September and see where that brings me. If I do well, I’ll probably turn pro soon after. If not, I might wait around for Walker Cup if I’m in the running which is May 2021. We’ll see. There’s a lot of golf to play in between.”

Lester has created a buffer between himself and third place but it’s a familiar face in Mallow’s James Sugrue who’s breathing down his neck just three shots back after blitzing Randpark with a bogey-free 66.

The reigning Amateur Champion has been on-song since arriving in South Africa and is looking to better his tied sixth finish at the African Amateur last week at Leopard Creek as he moved into contention, just five back of the lead at the halfway stage.

Dundalk’s Caolan Rafferty, who finished alongside Sugrue last week, also made a positive move on Tuesday in returning a one-under par 71 to get to minus-three, just outside the top-20.

Malone’s Matthew McClean returned a second consecutive even par effort to share 42nd. Carton House’s Keith Egan bounced back from a two-over par 74 with a one-under 71 to jump back inside the top-50.

Holywood’s Tom McKibbin is a shot further back at plus-two after signing for a three-over 75 and he’s one stroke better off than Naas’ Robert Brazill who posted a 76 to drop to three-over.

At the top, Casey Jarvis continued his love affair with the Firethorn Course at Randpark as he carded a second-round 65 to surge into a two-shot lead.

The 16-year-old Boksburg teenager followed an opening 66 with a seven under par effort to set the 36-hole target on 13-under.

With the Free State Open and Gauteng North Open trophies already in the silverware cupboard, Jarvis is targeting his third victory in 2020 and Randpark is certainly starting to prove a great hunting ground.

South Africa’s top ranked junior fired a second round eight-under par 64 in the rain on Firethorn en route to his Joburg Junior Open triumph in December. A month later, he produced rounds of 68, 72 and 67 on the 6,746 metre layout in the South African Open Championship, which was set up as a par-71 course.

A one-under 70 on the Bushwillow added up to a seven-under-par 277 total that earned Jarvis a share of 36th in the Sunshine Tour and European Tour co-sanctioned event.

“I really love this course, especially the Firethorn course. It suits my eye and I feel very comfortable on the course, no matter what the conditions are,” said Jarvis.

His round got off to the perfect start with four birdies on the bounce from the 10th tee and kept his foot on the pedal, racking up four more gains.

“I kept the card clean until the seventh, where I had a soft bogey. Being in position for the first time in this sort of tournament, I’m comfortable and really happy in my game. I drove it really nicely and I had only 23 putts, so that’s pretty good going.

“I didn’t putt well at Leopard Creek, but the short game has been improving throughout the week, which is important. I didn’t miss too many putts, and when I missed, it was by inches. I know it’s going to be tough over the next two days, but I’m in good position.

“There are a lot of other guys playing well and feeling happy about their games, too. It could turn into some kind of a shootout. It won’t be easy for anyone, but I’m happy to be in the mix. I’m glad I’ve put myself in this position. Hopefully tomorrow things will go my way. I can only control so much, and I’ll try to do that.”

Strong winds made it tough on the afternoon starters, but GolfRSA No. 1 Martin Vorster and reigning Nomads SA Boys U-17 champion Amilkar Bhana produced some impressive golf to make up ground on the leader.

Fifteen-year-old Bhana sizzled with a 66 while Vorster, last week’s victor in the African Amateur Stroke Play Championship at Leopard Creek, carded 68 to tie for fifth on seven-under.