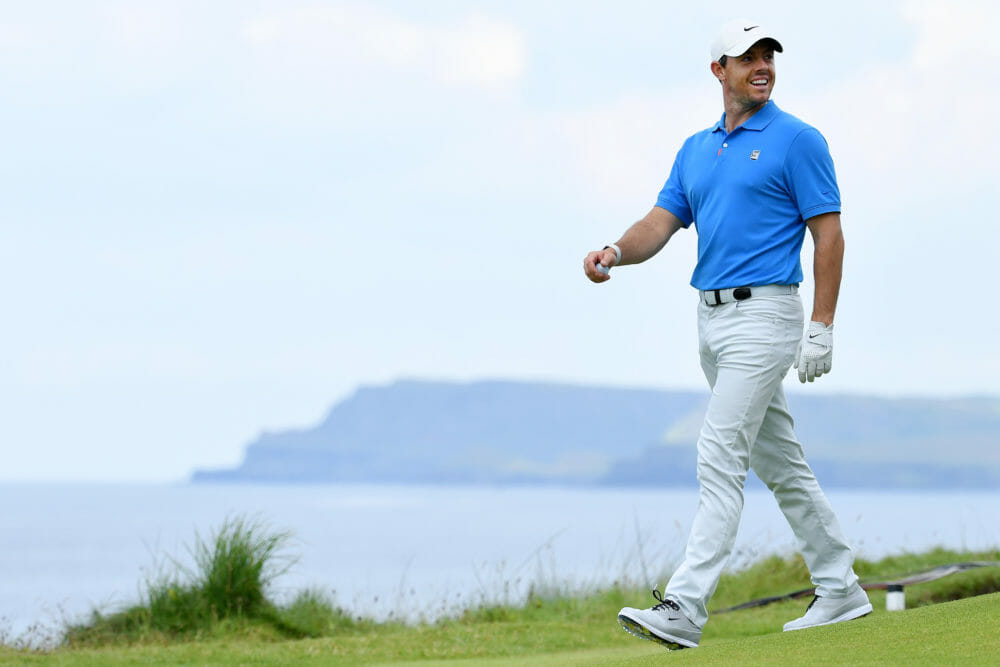 Official World Golf Ranking (OWGR) administrators have officially confirmed and explained why Rory McIlroy will return to World No. 1 on Monday despite not hitting a golf ball last week.

It will be four years, four months and a handful of days since McIlroy was last atop of the rankings in September 2015.

McIlroy has been World No. 1 for a combing 95 weeks since first reaching the summit of the rankings in March 2012 and he now only needs to stay No. 1 for three weeks to overhaul Nick Faldo (97 weeks) and become the combined third longest World No. 1 behind Tiger Woods (683 weeks) and Aussie Greg Norman (331 weeks).

It’s been pointed out by OWGR that current World No.1 Brooks Koepka will be bumped off his 39-week long No.1 mantle due to the fact the American didn’t compete between Week 48 – 2017 and Week 18 – 2018 due to a wrist injury.

It means every time Koepka plays for the next 3 months, he will add 1 to his divisor whereas most of his competitors will maintain a more or less constant divisor over that same period. Koepka therefore needs to win relatively more points each time he plays to maintain his average.

* Losing points from nearly all his performances, all but two of them are in the period of decay, i.e. older than 3 months

* He’s losing points at a greater rate than all the other players.

* And unlike Koepka, McIlroy will lose an event this week as his last counting event in the 104 weeks worth of results is the AT&T Pebble Beach Pro-Am week 6 2018. This means Rory’s events played (divisor) will reduce to 48.

Put simply, it means that in  Week 6 – 2020 (February 10th to 16th) McIlroy has a higher average points then Koepka over the past two years so he overtakes his American rival in the Rankings, and goes back to World Number 1.

In looking back to 2012 when McIlroy first became World No. 1 in capturing the Honda Classic, he spoke of realising his then dream in becoming the world’s best.

“It was always a dream of mine to become the world No. 1 and the best player in the world or whatever you want to call it,” he said.

“But I didn’t know that I would be able to get here this quickly. I mean, it’s still‑‑ I feel this is my fifth full year on Tour. So, yeah, it’s not like it’s just been right away. It’s taken a little bit of time, but you know, it’s fantastic to be here at the minute and hopefully I can hold onto it for a little longer.”

Now eight years on, the goal would be for McIlroy to head to Augusta National in April as the game’s No. 1 and be fitted with the one item of apparel he now dreams of more than anything in golf.