With the European Tour having departed the Middle East and arrived Down Under, and the PGA Tour firmly in the midst of the West Coast swing, things are starting to take shape in the Ryder Cup race as all the big hitters – literally and figuratively – have taken to the fairways.

Like his compatriot Lee Westwood a fortnight previous, Graeme McDowell has thrust himself firmly into the conversation with victory in Saudi Arabia. This was classic G-Mac grit and determination, taking on the bombers on a bomber’s course and coming out on top. His nerve and ability to handle pressure is something that captain Padraig Harrington will be all too familiar with and he would dearly love to be able to include an in-form McDowell on his team sheet for Whistling Straits.

Though the prize money was considerably less than Westwood’s in Abu Dhabi, the presence of four of the top 20 players in the world meant that the world ranking points were quite high and have vaulted McDowell into the top 10 on the World Points List and into a provisional place on the team.

With two Australians winning on the European and PGA Tours the previous week, there were no major moves from those hoping to edge their way into the reckoning, but as McDowell was leaving Saudi with airspace and undoubtedly opening a cold beer, Webb Simpson and Tony Finau were battling it out in front of the rowdy crowds at the Phoenix Open.

Simpson has three previous Ryder Cup appearances to Finau’s one, and in securing his sixth PGA Tour win, the 2012 US Open champion has taken a major step to earning himself a plane ticket to Wisconsin in September.

For the likeable Finau, it was a case of another near miss with the consolation of more points racked up in his efforts to avoid requiring a captain’s pick after the FedEx Cup.

*Comprised of the top four players on the European Points List and the next five players from the World Points List who are not already included.

Rory McIlroy – Brushed off the dust with another top-five at Torrey Pines as he prepares to regain the world number one ranking.

Jon Rahm – Like McIlroy, you expect to see his name on the top of the leaderboard every time he tees it up.

Brooks Koepka – A little rusty after the layoff, though he won’t tell you that. WGCs and majors are coming, so therefore, so is Brooks.

Justin Thomas – Far from his best in Phoenix but he still managed to make a late run and pick up a top-five.

Sergio Garcia – Two top-10s in three starts suggests Garcia is on track to book an automatic selection this year.

Dustin Johnson – Runner-up in Saudi on his return, I expect DJ back in the winners’ circle shortly and to move into the locks category on this list.

Tiger Woods – Impressive at Torrey on his return to action. As before, if he stays healthy, he plays.

Francesco Molinari – Back-to-back missed cuts in the States to start his season. It’s hard to imagine somebody going five-and-oh and not getting a pick the next time round, but on current form, he wouldn’t get it.

Shane Lowry – Above average performances to round out his Middle East travels, but he knows he needs to up his game as the business end of the season draws closer.

Rickie Fowler – Followed his annual missed cut at Torrey Pines with an uninspiring T-37 when defending in Phoenix. Not as big a worry as Spieth, but not lighting any fires either. 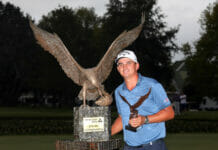 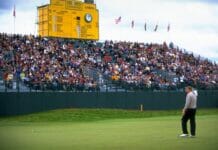 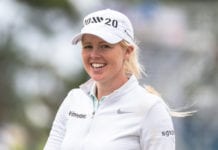 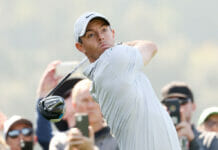 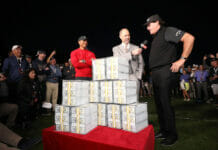 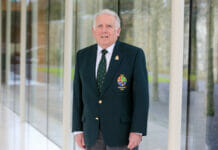