No moving day momentum for Moynihan or Dawson in Cape Town 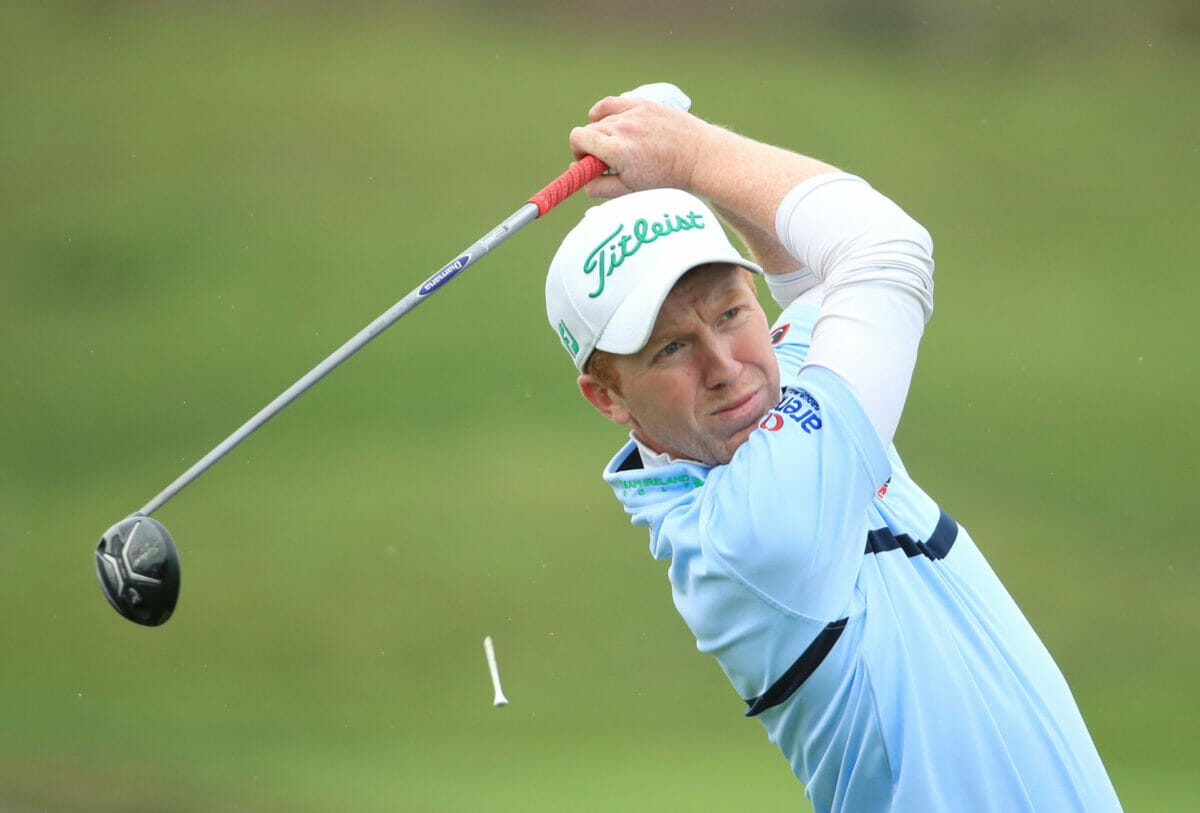 Gavin Moynihan and Robin Dawson were unable to make much of an impression on the moving day leaderboard at the Cape Town Open in South Africa.

After the pair missed the cut last week at the Limpopo Championship, both advanced to the weekend with superb Friday rounds but struggled to recreate the same magic on Saturday in Cape Town.

Moynihan returned an even par effort that included three birdies, a bogey and a double in a stuck-in-the-mud 72 to sit just outside the top-40 at three-under.

Dawson is a shot further back and just outside the top-50 after firing five birdies in a one-under par round of 71.

At the head of affairs, Daniel van Tonder will take a two-shot lead into the final round as he bids to secure a wire-to-wire victory.

The South African, who recorded a top ten finish at last week’s Limpopo Championship, is in pole position to clinch his maiden European Challenge Tour title after recording a round of 69, three under par, to stay in front on home soil.

Van Tonder started day three with a one-shot advantage after opening rounds of 66-67 and was able to extend his lead at Royal Cape Golf Club, mixing three bogeys with six birdies to head into the final day on 14-under par.

“It was tough out there,” he said. “I made a few mistakes, but my wife held me together and we managed to pull through.

“I had a few nervous moments, but I’ve been accurate all week with my irons, so I’ve been able to stay on track. I can read these greens well so that always helps and my putting was able to save me out there a few times today.

“Tomorrow is just a different day, same 18 holes, so you’ve just got to do the best you can with it. If I was able to go out and do it tomorrow it would be my fourth win on the Sunshine Tour and it would get me back to the top of the Sunshine Tour Order of Merit, so there’s plenty to play for.”