Sugrue up to second despite sour finish at African Amateur 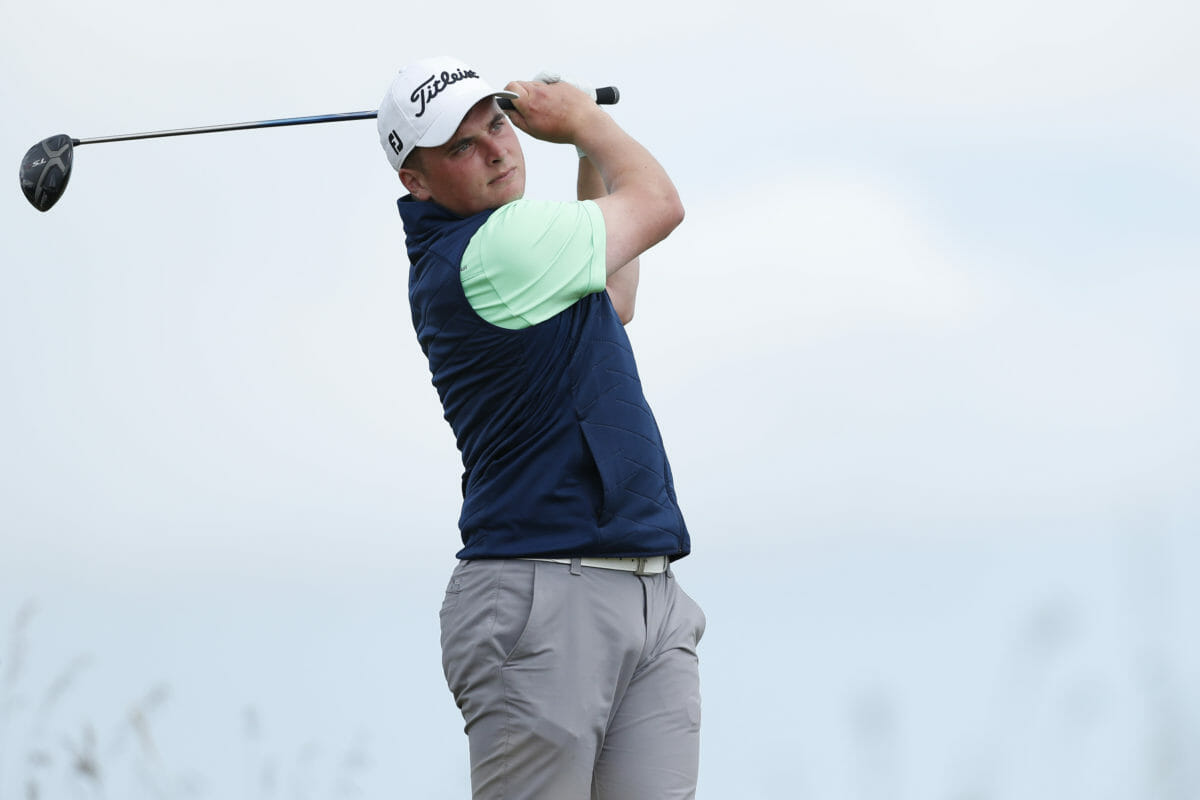 James Sugrue was left with a sour taste in his mouth at lunch despite returning a four-under par round of 68 on day two of the African Amateur at Leopard Creek.

The Mallow man, who has opportunity abound this year after winning The Amateur Championship at Portmarnock last summer, had moved into position to challenge at 10-under par playing his penultimate hole on Tuesday.

Eight stunning birdies to that point had seen Sugrue bolt to seven-under on the round before a triple bogey seven out of nowhere on the par-4 eighth, his 17th dropped him back to a share of second at seven-under par.

With South African Ryan Van Velzen keeping the foot down out in front with a second round 66 added to his opening 64, Sugrue now faces an uphill battle to reel the leader in from 7 shots back – Van Velzen incredibly 14-under through just 36-holes.

Meanwhile Dundalk ace Caolan Rafferty is next best of the Irish after swapping two bogeys and two birdies in a steady even-par round of 72 to remain at plus-two and in a tie for 16th.

Holywood’s Tom McKibbin posted four birdies in an improved one-over par round of 73 to move inside the top-30 at four-over.

Hermitage’s Rowan Lester is alone at seven-over par after firing five birdies in a roller coaster round of even par on Tuesday.

Massereene’s Tiarnan McLarnon carded a triple bogey of his own in signing for a five-over par 77 to drop back to plus-eight for the tournament.

Malone’s Matthew McClean returned a disappointing 10-over par round of 82 to fall outside the top-50 after a promising start.

Naas amateur Robert Brazill enjoyed a much better outing but his even par effort only maintained his place at 12-over par while Carton House’s Keith Egan is a shot further adrift at plus-13 after signing for a 76.