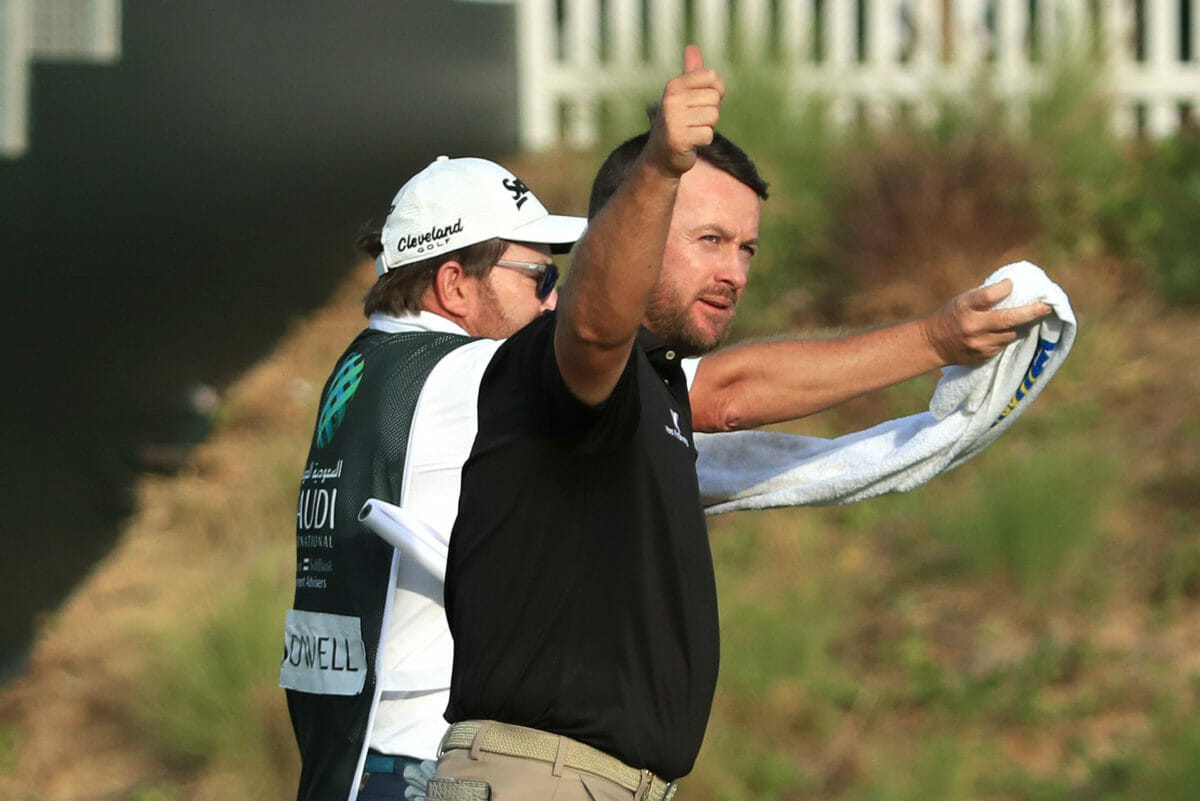 Lowry had finished eight groups earlier in posting a final round 69 to share 13th place at five-under par and was waiting in the Scorer’s Hut for McDowell to end his Red Sea victory campaign.

“It would be great to have some champers to pour over G Mac but we can save that for another time,” said Lowry laughing.

“GMac’s one of my best friends and I could not be happier for him.”

The Open Champion now has two top-13s to his credit this year after finishing T11th in last week’s Omega Dubai Desert Classic.

Included in Lowry’s final round was three birdies and just one less bogey.

“I suppose it was similar to last week to be honest as it just kind of could have been — kind of what could have been, as I probably — I played nicely,” Lowry said.

“I was close enough this week but obviously I’m a few shots back. I’m happy enough the way things are going.

“I’ve played four events on this run, had a second, a missed the cut and two Top-15s, so it’s decent going.

“It’s kind of a nice start to the season. I’ll go home for two weeks. Over the weekend — I feel like the four weeks in a row probably took too much out of me, maybe I’ll look at that going forward.

“So, I’m happy how my season’s started and excited for the next few months.”

Lowry will arrive back to Dublin on Monday and is not due to again tee-up until the February 20th starting WGC – Mexico Championship,