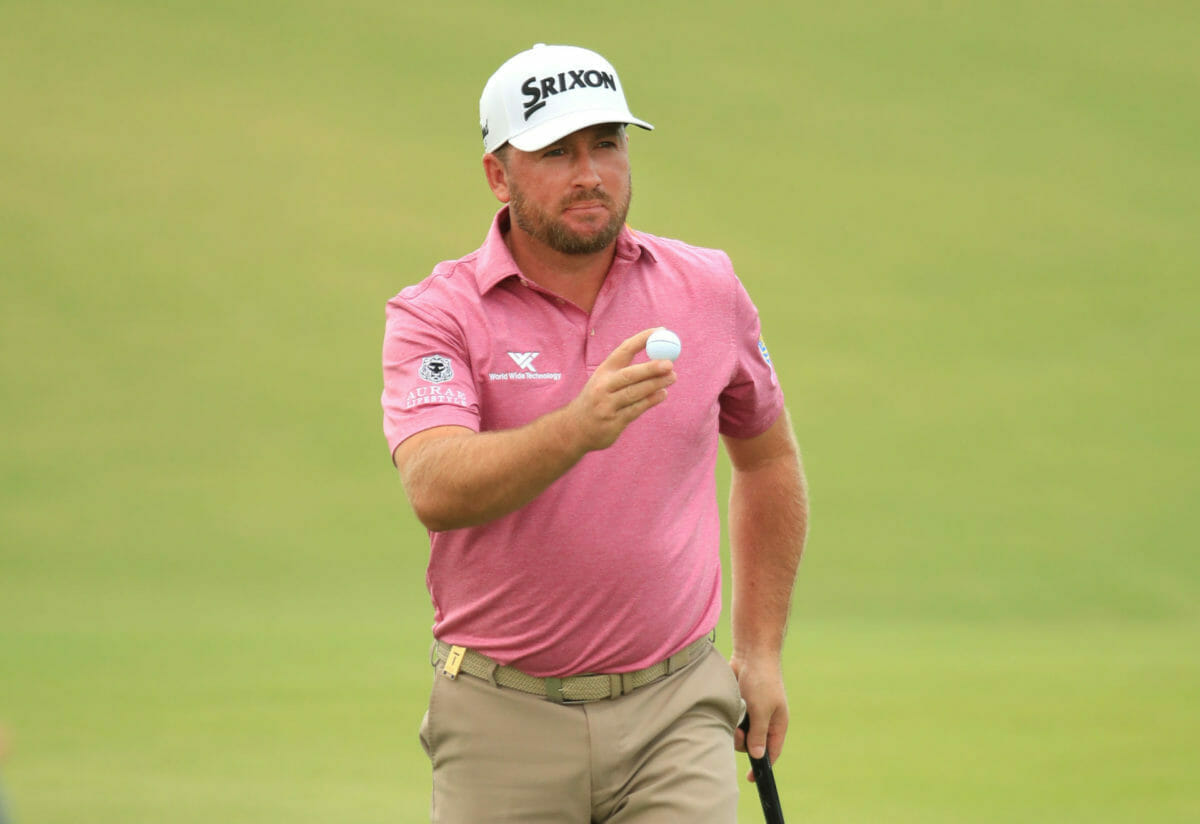 Graeme McDowell kept himself in victory contention on day two of the Saudi International but was critical of a European Tour rules official following a bizarre incident late in his round on the course laid out along the Red Sea.

McDowell was out in the fourth group teeing-off from the 10th tee and ended his round at lunch delighted to remain in contention for victory in adding a two-under par 68 to his brilliant opening 64.

It helped steer McDowell to eight-under par and just two shots behind in-form Frenchman Victor Perez who has now signed for a pair of 65s.

Perez, residing in the Scottish city of Dundee, continues to benefit from having Irishman JP Fitzgerald on the bag with the duo teaming-up for last year’s Tour event in Sweden before Perez became a surprise but brilliant winner of last October’s Alfred Dunhill Links Championship.

McDowell was out in the fourth group of the morning teeing-off from the 10th but for a second day running it was the par-3 11th hole jumping up to unsettle the former US Open winner in taking a bogey. A day earlier, McDowell had doubled the same hole.

McDowell birdied the par-4 15th that runs right-up to the Red Sea shoreline to make the turn at level par before back-nine birdies at the fourth and fifth holes on the scorecard or the 13th and 14th of the round.

“It’s always hard to come out right after a good round like I shot yesterday and try and keep the pedal down,” he said.

“I felt like I played pretty loose today. It was obviously better conditions this morning. I three-putted the 11th, my second hole of the morning, which sort of derailed me a little bit. I continued to hit fairways which is key on this golf course. I hit some really quality iron shots.

“The back nine in particular is quite difficult on this course. It was tough to get going. A couple of birdies on the front were very pleasing and it was nice to hang in there coming in.

“So, all in all, very happy the way I hit the ball today and looking forward to being in position going into this weekend.”

However, McDowell was far from happy with the actions of Mark Litton, a Welsh-born Tour referee who approached McDowell as he walked up to his tee shot at the par-4 fourth hole.

After teeing-off, McDowell was approached by Sky’s Tim Barter for a short on-course interview, as Barter had done a day earlier with McDowell and other players.

Once again, McDowell very kindly agreed to participate in a practice supported by the Tour but Litton was seemingly having none of it.

“I think I got a monitoring bad time which then turns into being officially on the clock,” said McDowell.

“I just did an interview with Tim Barter, so I was 50 yards behind the guys; and I was up there and first to go and I had 215 yards into the wind. It was a difficult shot.

“I’d have called a time-out if that had been something that was automatic in my brain. It’s just, you know, the last thing I think of out there. I called a time-out after I hit the shot, but the referee was not really willing to give me any kind of room for error at all.

“Then, you know, that kind of upset my rhythm for a couple holes. But hey, we’ve got to play faster.

McDowell went to lunch seeking Tour advice as to whether or not the warning will be officially registered.

Meanwhile, Shane Lowry is set to join McDowell over the weekend in signing for a second round 67 to move to four-under par.

At the time of writing, that tally sits just outside the top-10 and six behind clubhouse leader Perez.

While despite returning a much improved display on Friday, Ardglass’ Cormac Sharvin is heading ‘Down Under’ on a long haul flight to Melbourne, Australia for next week’s co-sanctioned Vic Open in missing the cut with scores of 75 before finishing strongly on day two to birdie three of his closing four holes in a 67 but for a two-over par total.