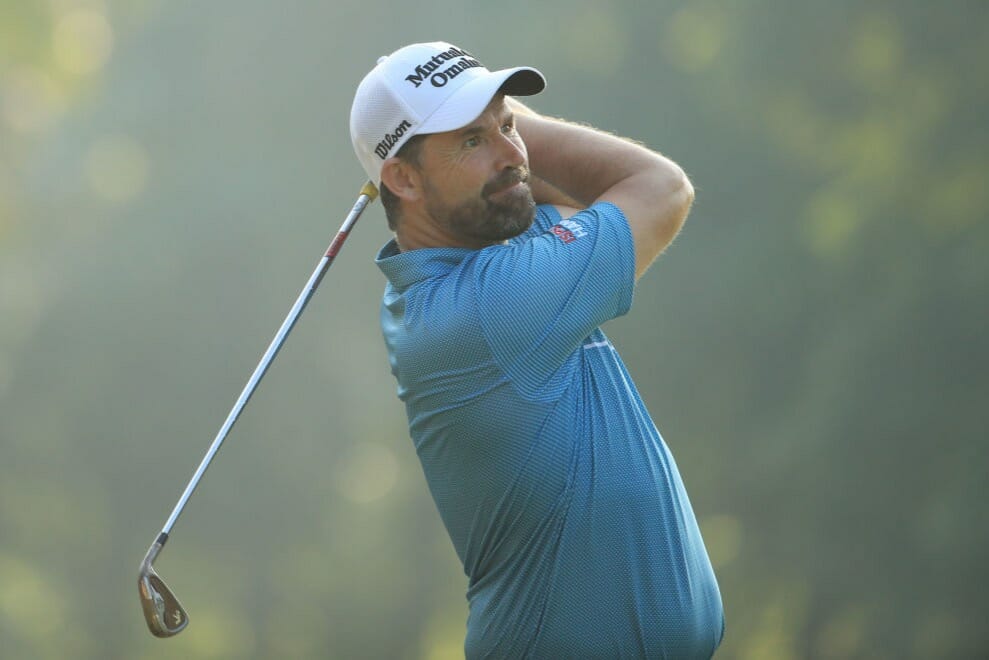 Three-time Major winner Padraig Harrington recovered from an eighth hole double-bogey and then a ninth hole bogey in a score of 75 to make the cut on the number at the Dubai Desert Classic.

Like Open Champion Shane Lowry who moved to three-under par for the tournament after returning a brave 69 on day two, it will be a first European Tour event this year in which Harrington plays all four rounds.

“I hit it all over the place and this is after I warmed-up great but then drove it in the rough all day,” Harrington said.

“It caused me a lot of stress and it was not what I was expecting going out. This is just not the golf course to be on when you’re not driving well. When you’re out of position like I was, the cut-line soon enough looms.

“For the last nine holes, all I was doing was playing to make the cut but then I was missing the putts you have to make.

“In my head I’m thinking if I’d made one or two birdies, I could have made it to three or four under but no matter who you are, no one likes playing golf on the cut-line. It’s a horrible place to be.”

Watching Harrington being interview was his wife, Caroline who had moments earlier happily shown photographs of the family’s now four-month old dog, Wilson. 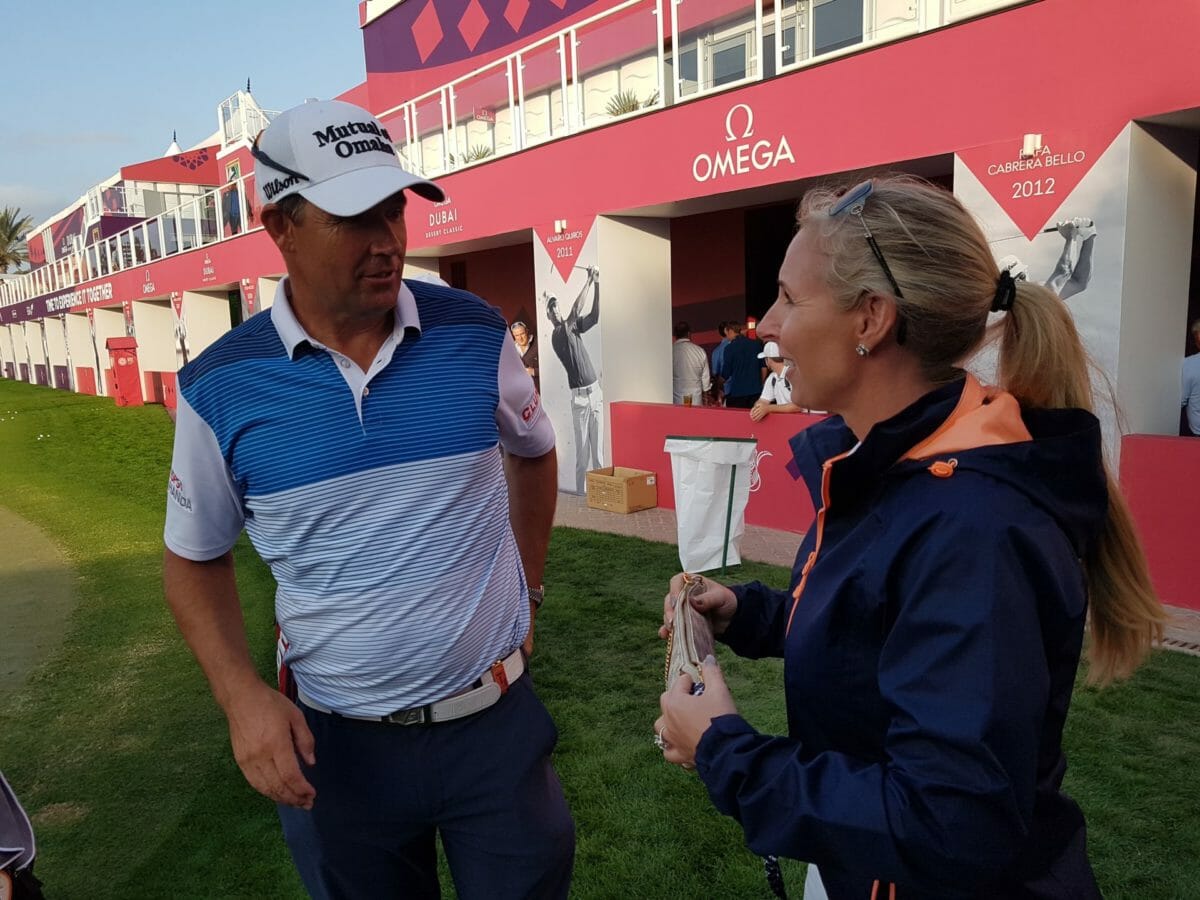 Padraig Harrington with his wife, Caroline in Dubai. Photo by @tourmiss

While Wilson looked very comfortable parked in one of the Harrington’s large lounge chairs, the triple Major winner and now 48-year old spoke further of his discomfort in having to fight to be assured of now playing all four days.

“I like watching others in the situation I was in today as it’s fascinating but as an experienced player, making the cut should be an irrelevance to me,” he said.

“But you can’t get away from it. What’s the big deal if I finish 45th or 35th? But you never stop thinking like a player. The cut-line is magnetic. If you’re two shots outside you move towards it. And if you are two inside it, you do the same.

“I’m not here just to make the cut. I tell myself that. And I’m happy to be putting better. I can’t be competitive otherwise. If I keep doing that, I will have the chance to do other stuff right.

“I watched ‘YouTube’ highlights of Lee (Westwood) winning last week and that is what he did in Abu Dhabi. He played smart golf. He holed the putts at the right time. He built momentum. He showed me how it is done.”

Sadly, Graeme McDowell’s return to the European Tour ended, and in contrast to Harrington and Lowry, in missing the cut by a shot with scores of 72 and 73 for a three-over par tally.

G Mac was comfortably inside the cut until he bogeyed three of his closing four holes.

McDowell intends to remain in Dubai over the weekend to work on his game before heading to Saudi Arabia Monday for next week’s second edition of the Saudi Invitational.