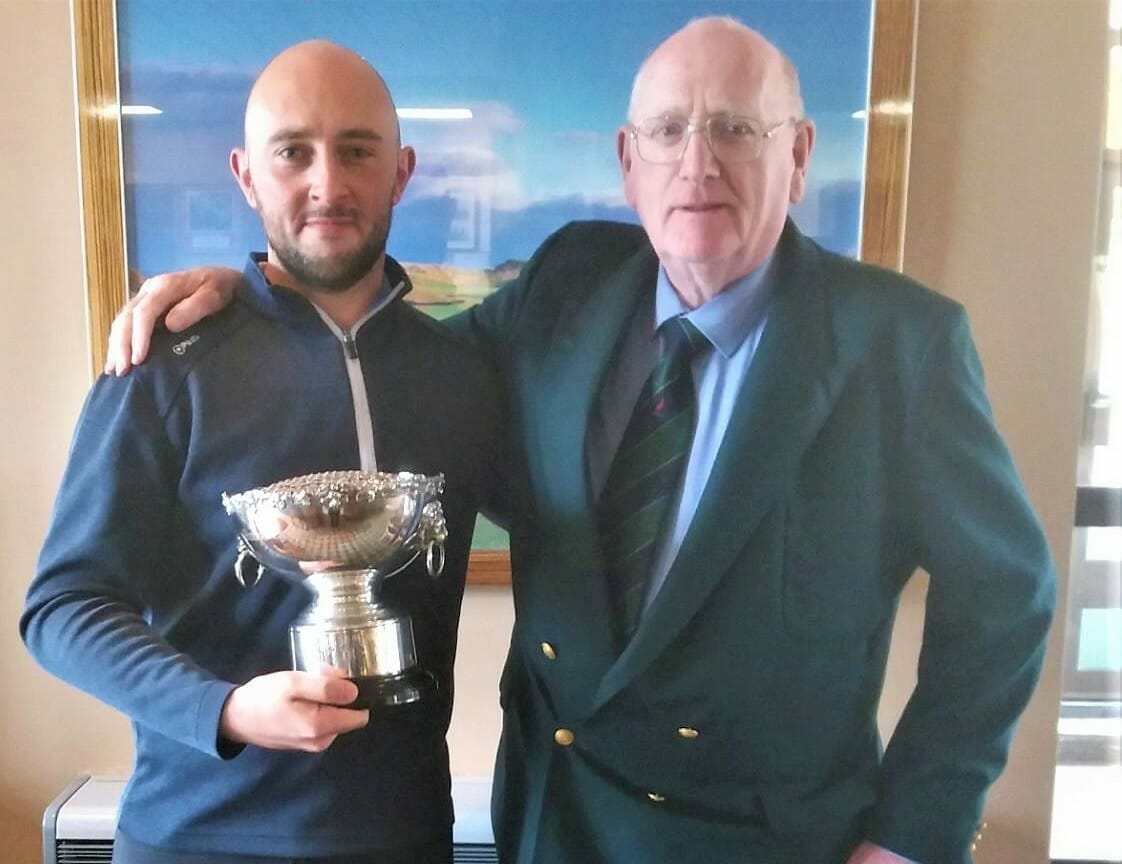 Leading Irish golf figure, Pat Ruddy, has confirmed that he will host a €10,000 PGA in Ireland Pro-Am at the European Club on March 22.

The ‘European Club Pro-Am sponsored by Pat Ruddy’ will be open to a limited field based on the 2019 PGA in Ireland Order of Merit rankings.

Ruddy said: “When I got out to hit a few shots on January 1, it was a matter of some celebration as I had then played golf ‘in’ nine decades, not ‘for’ or ‘through’ nine decades. The enthusiasm and joy were as overwhelming as ever. That’s golf.

“I have loved everything about golf for many years but nothing more than watching the professionals play and being allowed to play beside them. Tournament professionals and club professionals forget time when the stories start to flow, and enabling people to forget time and worldly cares is one of the great elixirs of golf.

“There was a time, in the 1960s through the 1980s, that I knew and loved every professional in Ireland from Phil Lawlor at The Curragh through to Johnny McGonagle at County Sligo, Danny O’Brien and Walter Sullivan who mixed-in a bit of inspired course design with their other skills, and the greats like Christy O’Connor, Fred Daly and Harry Bradshaw. Then it changed. Many of my pals died. Others retired and the names over the golf shops changed totally.

“Now the time has come to renew acquaintance with the PGA professionals and to have our members at The European Club share in the exciting experience of trying to match shots with the visiting maestros! What fun they will have, ‘giving the line’, golfwise and chatwise, to our visitors.

“It will be a great day with the new generation of professionals matching shots with our Championship winners including Rory McIlroy (Irish Amateur) and Padraig Harrington. Just another brick on the wall of our tradition which is now more than thirty years old! How time flies!”

Ruddy and the PGA in Ireland have worked closely together on numerous events over the years, most famously in 2007 with the staging of the Irish PGA Championship at the European Club.

On that occasion, the PGA in Ireland regional manager, Michael McCumiskey, along with Ruddy and Padraig Harrington, conspired to breathe new life into the event while offering the Dubliner some high quality links practice.

It was a relationship that bore dividends for all parties with Harrington winning the Irish PGA Championship three times in row 07/08/09 while crediting the event as a key component in his Open Championship victories of 2007 and 2008.

In more recent years, the European Club has provided a testing ground for Ireland’s PGA trainees and assistants via the The Ruddy Cup for Young Professionals. The 18-hole pro-only event was a welcome addition to the tournament schedule with Ciaran Molloy (2016), Richard Kilpatrick (2017) and Shane Jenkinson (2018) securing the title.

PGA in Ireland Regional Manager, Michael McCumiskey, said; “I first encountered Pat Ruddy in a professional capacity way back in 1986 when he invited the PGA in Ireland to become involved in events at Waterville and Killarney.

“That support continued with an Annual Challenge staged in the 1990s between the GUI Senior team and our PGA players and in more recent times via the Ruddy Cup for Young Professionals.

“This new event at the European Club, one of the premier links courses in Ireland, will act as the pipe-opener to another busy competitive season.”