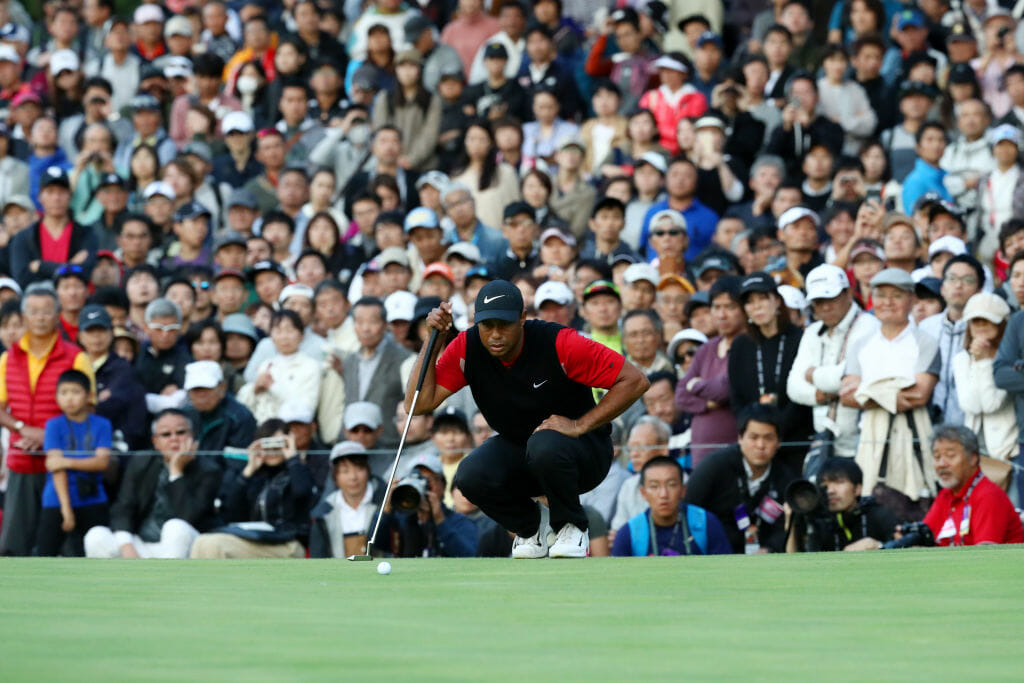 Padraig Harrington predicts the goal of Europe retaining the Ryder Cup could be that much tougher should Tiger Woods qualify automatically or be picked to compete at Whistling Straits.

Woods’ USA Team went into the decisive Sunday Singles having been behind in four earlier sessions over the prior three days before a clearly Woods-inspired team brilliantly came from two points back to retain the trophy by a decisive same points winning margin.

“I watched quite a bit of the TV coverage and even with the time difference, I could watch nearly all of it,” Harrington said.

“Tiger played great and he exceeded expectations, there is no doubt about it. He handled being a playing captain very well.

“It’s clear that role cannot be undertaken at a Ryder Cup as the Ryder Cup is a very different animal but then, as I said, he was very impressive as he led the team superbly.

“That may now become more noteworthy come this year’s Ryder Cup if he should qualify or be picked for the USA Team as you can see him now becoming more of a leader within the team than he has been as a member of past teams.

“He clearly is enjoying that side of team events as we’ve seen in the 2018 Ryder Cup and now in captaining a winning USA Presidents Cup team.

“We’ve seen also Tiger become a warmer individual and we’ve seen that both inside the ropes and outside the ropes, so he’s now a far better team player than he would have been say 10 to 15 years ago.”

And while Harrington may give more thought to Woods in the countdown to Whistling Straits, the Dubliner may very well be needing to look for another European vice-captain given Lee Westwood’s victory last week in Abu Dhabi.

The 46-year old Englishman, who joined Ireland’s Des Smyth and now Irish citizen Mark McNulty as the only players to win four Tour titles over four decades, has moved into fifth and automatic selection on the European Team ‘World Points’ table.

As 2020 dawned, all money was on Westwood being one of Harrington’s Whistling Straits vice-captains, given Westwood is likely to captain Europe in 2022 at Rome

Though Harrington will need look outside his ‘expected’ vice-captaincy box if Westwood earns an automatic 11th European Team cap.

Yet, whatever Harrington may face in the lead-up to the final make-up of his 12-man side, nothing will distract him in a 25th European Tour year from teeing-up, as he has done for so many years, on both sides of ‘The Pond’ this season.

“There will be no winding down of my schedule just because we’re now into 2020 proper and I’m the European Team Captain. If anything, I could play more over the next nine months or so than I have done in other years not being the Captain,” he said.

“I will head over to the States and play those events I usually play starting with Pebble Beach and events on the Florida Swing and then be back in Europe for the Irish Open.

“I’ll then go back to the States and that will be good as the bulk of my likely team will be playing in the States.

“So, it will be business as usual competition-wise for me in 2020.”