Lowry muscles his way to second spot in Hong Kong 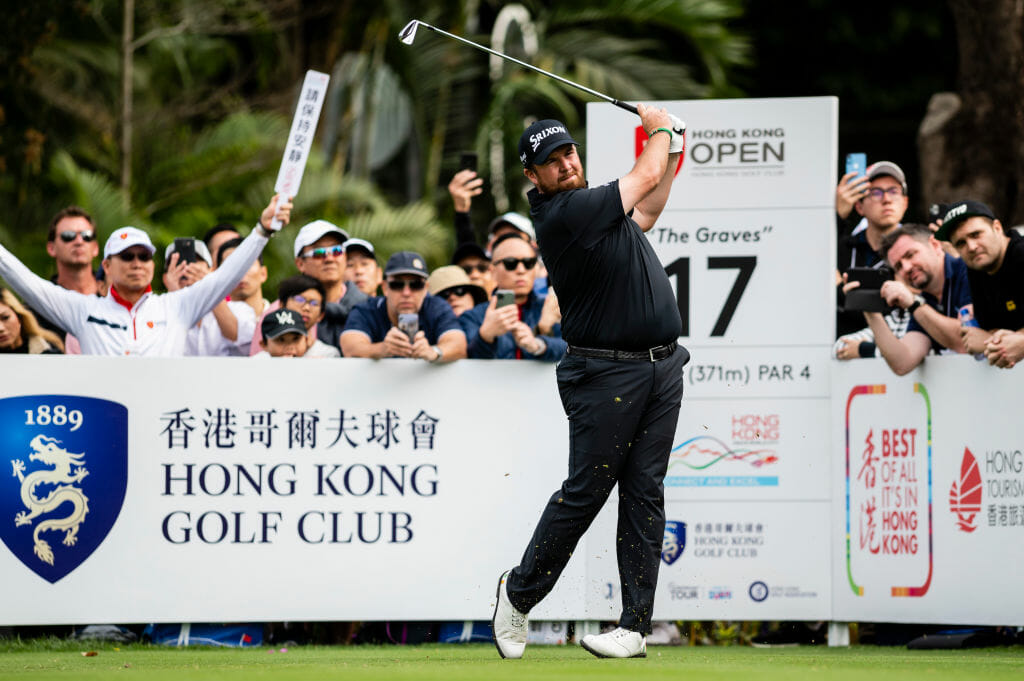 Shane Lowry during the final round of the Hong Kong Open at the Hong Kong Golf Club on January 12, 2020 in Hong Kong. (Photo by Yu Chun Christopher Wong/Eurasia Sport Images/Getty Images)

Shane Lowry has kick-started the New Year in rousing style brilliantly muscling his way to second place at the Hong Kong Open.

Lowry superbly grabbed an eagle and five birdies in a six-under par 64 for a 13-under par tally on the suburban Fanling course. The event was to be co-sanctioned early December but was postponed due to concern surrounding the student demonstrations in Hong Kong, and once a date was sent for the tournaments rescheduling this past week the European Tour chose not to go ahead with co-sanctioning.

Lowry had second place all to himself until Thailand’s Gunn Charoenkul birdied 16 and 17 to tie the Irishman only or the Thai golfer to bogey the last in a score of 69 to end in the third place at 12-under.

“I’m very happy with myself, fair play to Wade, he’s run away with it and didn’t really give us a chance but I went out there and did as much as I could,” said Lowry.

“Though to shoot a 64 around here is a pretty good score in these conditions. I got so much out of this week. I played some good golf and had a good time.

“I’ve got my whole team here, it was a really enjoyable experience. Hopefully I can come back some time soon. It’s a golf course I obviously didn’t have much success on in the past but I’m a different player than I was then, and I really enjoyed it this week. It’s a great golf course and a great place to play a tournament.

“Everything about Hong Kong and my week has been really good. I said to my caddy going down the last [hole] we need to start picking courses that suit me and I think this is one of the courses that suits me.”

Lowry headed into the Hong Kong final round sharing ninth place and a distant six shots behind off the lead.

The Clara golfer got the start he wanted with birdies on two of his opening four holes before the Open Champion produced the form that earned him victory last July at Royal Portrush.

Wearing his now traditional all-black on a Sunday, Lowry then birdied the 10th to get to double-figures at 10-under par and then to 11-under he rolled-in a 12-footer at the par-3 12th hole. There was then a raised fist when Lowry snatched his first ‘eagle’ of the 2020 season in brilliantly holing a 15-footer at the par-5 13th to take him into second place at 13-under par.

Lowry dropped a shot at 15 but immediately regrouped to birdie 16 to retain second and back to two shots clear of a group sharing third. He then pared the closing two holes for his lowest round of the tournament. Lowry headed straight for Hong Kong Airport and a flight to Abu Dhabi where he will tee-up Thursday in the defence of his Abu Dhabi HSBC Championship.

Just ahead of Lowry, Aussie Wade Ormsby made is a second Hong Kong Open victory toast in four years leading from start to finish and in process signing for a closing 66 to win by an impressive four shots at 17- under par.

Ormsby’s win comes after going so close to capturing last month’s co-sanctioned Australian PGA title and only to be denied by long-time good friend and fellow Adelaide-born Adam Scott.

“I’ve been working my guts out the last 14 to 15 months trying to take my game to the next level,” said Ormsby.

“Losing the Australian PGA three weeks ago really hurt me so I’ll put a few changes in place. I worked out over the break and to come back here and get the win so soon, can’t put it into words really.”

Ormsby’s only downturn was missing out on what would be a virtual three-year European Tour exemption given the Tour elected to withdraw from co-sanctioned the event with the Asian Tour.