Maguire honoured at Sportswoman of the Year Awards 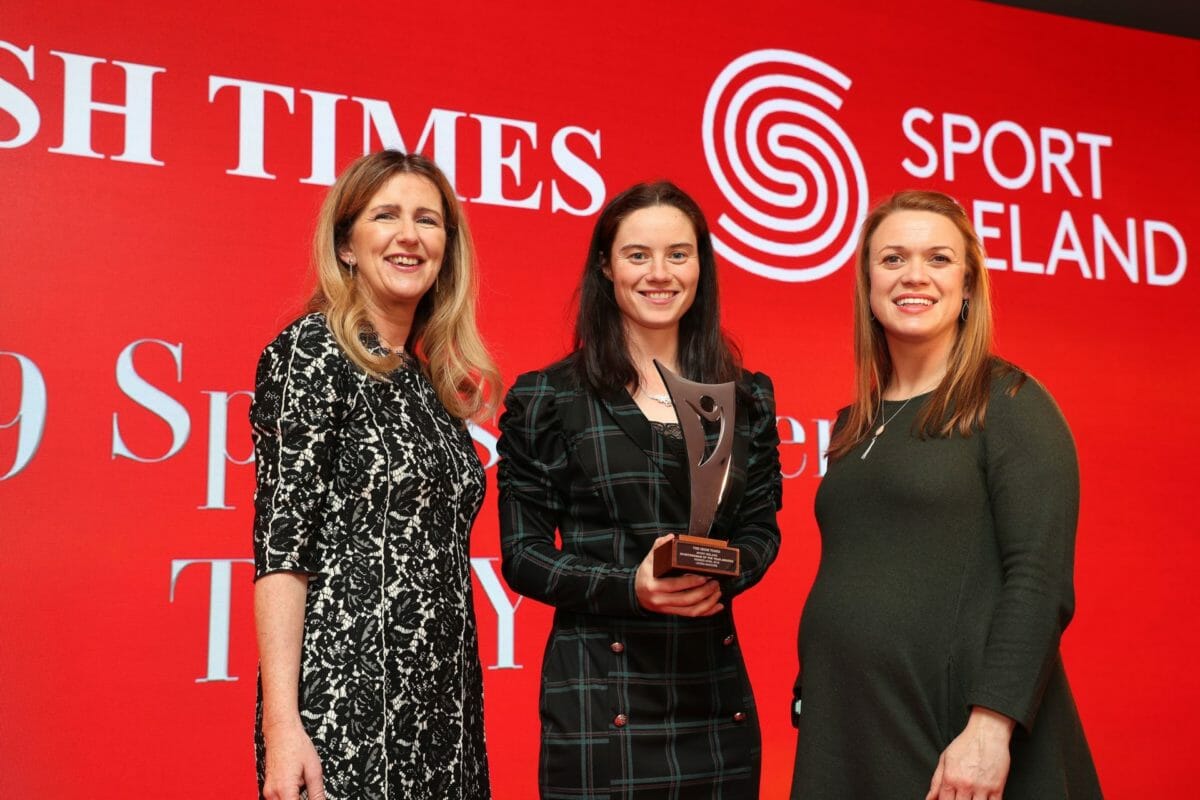 Cavan star Leona Maguire was honoured at the annual Irish Times Sport Ireland Sportswoman of the Year Awards which were held in Dublin at the weekend.

The Cavan golfer won the Sportswoman of the Month Award for April after securing her LPGA Tour card for next season when she did enough at the Symetra Tour Championship in Florida in October to secure the required top 10 finish in the rankings.

In all, Maguire had two victories and four more top five finishes on the Tour this year, including her first victory as a professional at April’s Windsor Golf Classic in California.

The 24-year old did so in style, shooting a seven-under par final round of 65, not dropping a shot all day, to catch up with overnight leader Pajaree Anannarukam and set up a play-off. And there, a birdie clinched her victory and a cheque for $22,500.

Not alone did Puspure claim her second world championship gold medal at Ottensheim in Austria in late summer, she also secured qualification for the Tokyo Olympics.

Her victory was all the more impressive given that she had to return to her native Latvia during the summer to be with sister Inese in the final stages of her battle with cancer.

After the win she told RTE ; “this medal has very high value – we just needed something nice to happen……I hope my sister is proud of me, watching from above”.

This is the 16th year of the awards and the rower was among 14 monthly award winners – there were multiple winners on several occasions – nominated for the 2019 title. Other monthly winners besides Puspure and Maguire included swimmer Mona McSharry, runner Ciara Mageean, boxer Katie Taylor and jockey Rachael Blackmore

Kerry woman Mary Geaney, who captained her native county to All-Ireland football glory before going on to lead Cork’s camogie team to All-Ireland success, the first player to achieve such a feat, was presented with the Outstanding Contribution to Sport 2019 Award.

The Castleisland woman captained Kerry to football success in 1976, before going on to win the first of three All-Ireland camogie medals with Cork. Geaney, who scored a hat trick in the 1978 final, captained the team in 1980 and won a third medal in 1983.

While her GAA exploits form a huge part of the Mary Geaney story, it is far from the full story. Geaney also played hockey for Ireland, making her international debut as goalkeeper in 1971 against England and representing her country 65 times. She also played squash, badminton and golf for Munster.

The Minister for Transport, Tourism and Sport Shane Ross described 2019 as a busy year for Irish sport, with our sportswomen doing us proud on the national and international stage.

“The inspirational effect of sport on the Irish public cannot be overstated and it was heartening to see the nation get behind our athletes and teams. One of the highlights was the Irish Women’s Hockey Team playing in front of a packed Donnybrook and live on national television as they qualified for Tokyo 2020.”

“Exposure such as this, coupled with an increase in funding through Sport Ireland will inspire and encourage participation in all sports and at all levels. I would like to acknowledge Sport Ireland and the Irish Times for staging these awards which recognise the incredible contribution of Irish women in sport. I would like to congratulate all of today’s winners and also pay tribute to their families and all of the coaches and support teams who have helped them to reach the highest levels of sport.”

The Chairman of Sport Ireland Kieran Mulvey described 2019 as a significant year for women in sport with the launch of Sport Ireland’s Women in Sport Policy and the announcement of increased multi-year investment in the area.

“The policy builds on the significant work being undertaken by our National Governing Bodies for Sport and Local Sports Partnerships, recognising the significant impact involvement in sport can have on the lives of women.

“Sport has a unique ability to unite people of all backgrounds and we are all united in our pride for the achievements of our athletes and teams on their success this year. The Irish Times Sport Ireland Sportswoman of the Year awards is the perfect way to round-off an excellent year and fitting way to celebrate our wonderful athletes. I congratulate each of the monthly award winners on their achievements and wish them well for the year ahead.”