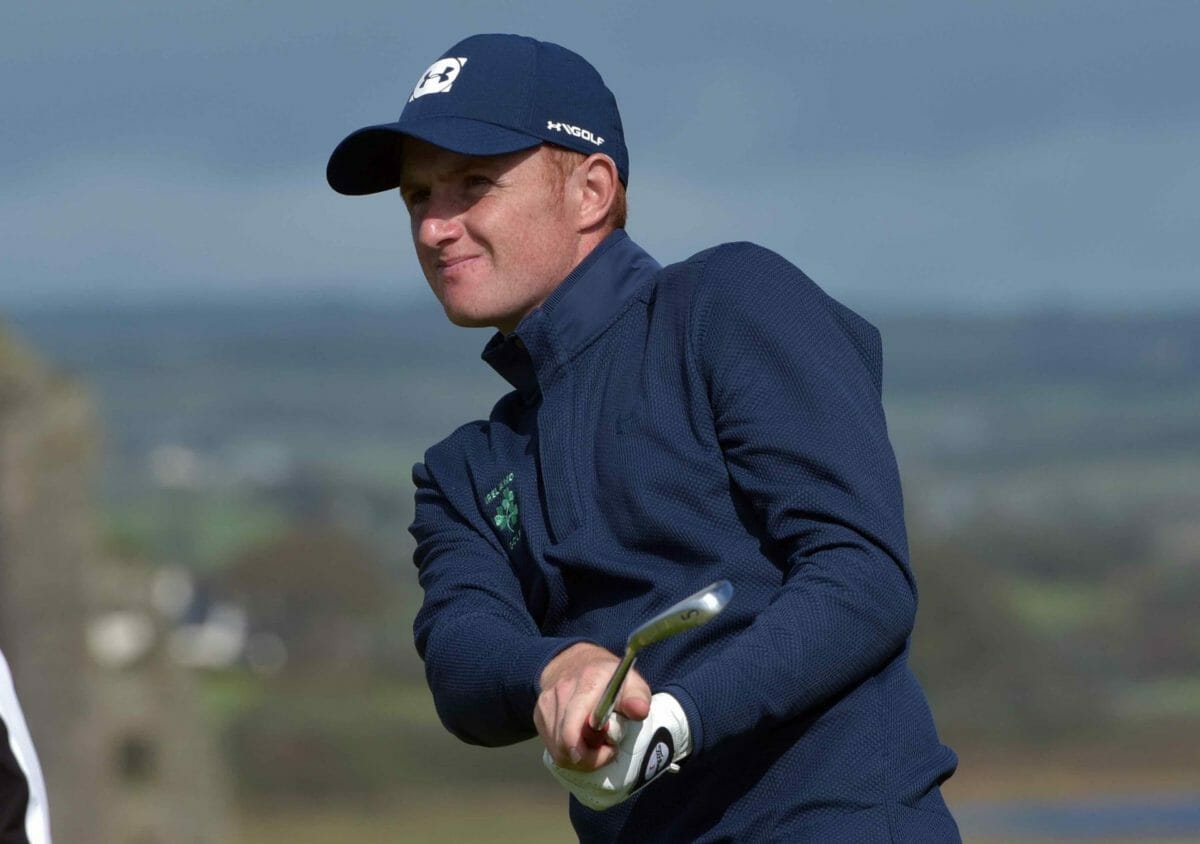 Galway’s Ronan Mullarney will make his professional debut when he tees up at the Final Stage of Alps Tour Qualifying School at La Cala Resort.

The 24-year old has taken the decision to turn to the paid circuit off the back of an amateur season that saw him collect a first home Senior Championship title at the AIG Irish Close at Ballybunion.

“I guess it took me a while to make up my mind,” Mullarney said, who had previously hinted at remaining amateur, at least until the spring. However, it was a conversation with the National Team Coach, Neil Manchip that ultimately helped him land on a decision.

“I was always more for it than against it – I just didn’t say it. I maybe would’ve liked to have a few more things lined up before I turned pro but when I was talking to Neil, I realised I was eligible for the Team Golf Ireland grant and that was too good an opportunity to turn down.

“With that, there’s the possibility of a couple of Challenge Tour starts and there’s a bit of sponsorship as well so it’s a really good kick start into the pro game.”

It was never a decision that the thoughtful Maynooth graduate was going to take lightly. Having risen to 48 in the World Amateur Golf Rankings, 2020 would’ve presented Mullarney with a whole host of amateur opportunities, free from the shackles of his Masters studies impacting upon his golf game.

Yet, having achieved so much in the amateur ranks – a Mullingar Scratch Cup title, intervarsity titles at the R&A Scholars tournament in St Andrews, the Irish Students, a two-time winner of the Sterling Invitational and the reigning Irish Close champ – Mullarney felt the move was necessary in order to step up his golfing education.

“I weighed up whether or not to stay another year as an amateur. There’s lots of things I could’ve done – the Irish Amateur is on in my home club and things like that – but if I always planned on turning pro, I feel I’ll learn a lot more playing on the likes of the Alps Tour or EuroPro and maybe a couple of Challenge Tour events than I would if I stayed amateur.”

The issue for the Rookie now will be building a legitimate playing schedule, something he hopes to make significant inroads into this week in Malaga. The 54-hole Final Stage will be played on the Asia & America courses at La Cala Resort where the top-35 will obtain a full category (category 6) to play the 2020 Alps Tour events.

“The game feels good,” he said. “First round gets underway Thursday, then there looks to be a big storm coming that could affect play on Friday but the game’s in good shape so we’ll roll with the punches on that one,” Mullarney added.

“I’m hoping – jumping the gun a little bit obviously – but if I was to grab an Alps Tour card, then the first couple of events are on in mid-February in Egypt and my plan was to go over to Dubai to spend a couple of weeks there first and go from there to Egypt.”

I put it to Mullarney that Padraig Harrington had previously stated that anyone looking to become a professional golfer wouldn’t do so if they wintered in Ireland, and given the conditions he’d been practicing in prior to hopping on a plane to Spain, the Galway man was in full agreement.

“There’s absolutely no doubt about what Harrington says – I went to practice last Friday in Galway – the course is obviously right on the sea but they’ve a really good short game facility there so I was doing a bit of bunker play and I actually had to leave because I couldn’t physically close my hands on the club – they were frozen!”

In the warmth now and thinking clearly, Mullarney also revealed that although he’s been in talks with a couple of people, like fellow former amateur, Conor Purcell who made his pro debut in Australia last month, Mullarney will also make the leap to the pro game without a management company in tow.

“I’m going to see if I can get a status first on the Tour and not worry too much about management and that sort of stuff until next year when I have a golf schedule lined up. I think it’s great when you have the clothes to wear and a management company behind you and things like that – they can make things a lot easier – but I want to make sure the golf comes first – that’s really important to me.”

That said, Mullarney is under no illusions as to how life will soon change out from beneath the protective umbrella of the Golfing Union of Ireland.

“I was onto John Carroll and I was onto Pat Finn at the GUI and there’s no doubt about it, the things they do for you and the trips they take you on are so enjoyable that it does make that decision to turn pro that bit harder because you know what you’re turning down,” he said.

“I was picked for a team in Spain in January and you just know that you’re going to be so well looked after that all you have to do is play your golf and show up for your dinner! They are so, so good to you and they’re great fun as well but it was always my plan to turn pro and now feels like the right time.”

At 24, Mullarney understands the competitive cauldron he’s signing up to; one where the odds are largely stacked against any great success. However, given his upbringing in the game, from his dad, Tom who became the first certified instructor of ‘The Golf Machine’ in Ireland in 2003, to the team learning environment of the GUI to most recently, the Barry Fennelly run Paddy Harrington Golf Scholarship programme at Maynooth University, Mullarney will start off on a footing others could only dream.

“I can’t say enough about Barry and the programme at Maynooth,” Mullarney added.

“Not only does he look after the programme but he takes such an interest in everyone that goes through Maynooth. He’d be onto me over the summer, he was onto me since graduating – he helped me get an extension on my thesis. He’s nearly like a management company in himself – he’s so good to you.

“I’ve progressed more in that five years in college than probably the 17 years before that. I really enjoyed my time there. I feel ready now to take the next step but this is just the beginning. It’s a 3-4 year project and it’s one I can’t wait to get started.”

From everyone here at IGM, Ronan, we wish you every bit of luck.