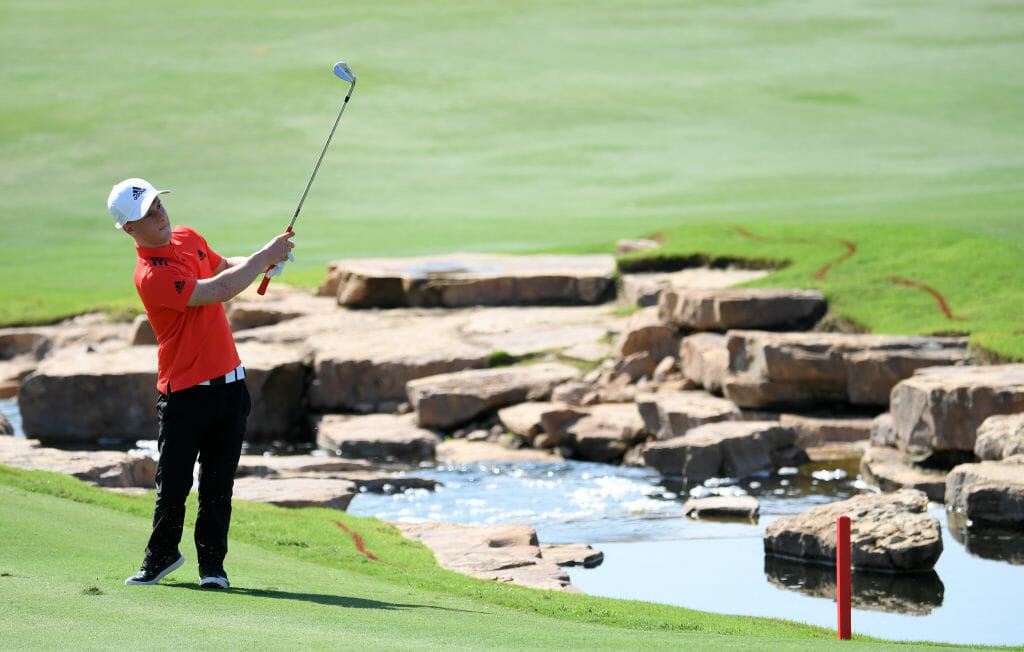 Brendan Lawlor has bolted to the top of the leaderboard in the Australian All Abilities Championship presented by ISPS Handa, courtesy of a brilliant back nine at The Australian Golf Club.

Lawlor began the day four shots off the pace being set by American Chad Pfeifer and Sweden’s Johan Kammerstad, and fell farther back with a run of four bogeys to the turn.

Dropped shots at the first, fifth, eighth and ninth saw him slip to 12-over, but with the rest of the field also finding the going tough there was little damage done for Lawlor.

“I find the front nine a lot harder here so I said to myself if I drop a few shots early I don’t mind, I can score on the back nine,” he said of his round.

A multiple winner of events in Europe, Lawlor was true to his word and turned things around on the back nine with eight pars against a lone bogey to sign for a 76 on the day. That put him at 13-over for the 36 holes and he leads by one from American Chad Pfeifer.

The American was having difficulties of his own in the tricky winds, six bogeys offsetting his only highlight of the opening nine – a birdie at the par-four seventh. But the real damage was done at the par-three 11th where he took a double bogey to slip to seven-over for the round and despite making a second birdie of the day at the par-five 14th he eventually signed for an 80.

At 14-over he is one shot off the pace and said after the round he is expecting a close tussle with Lawlor for the title. “He’s a really good player so it’s going to be hard to win,” Pfeifer said. “But I have the same game plan as I do every round, just try to shoot the lowest score I possibly can and see where that leaves us. I don’t think I’ve played with Brendan before so I’m looking forward to it. This is a big tournament for us and to win it would be quite special.”

Lawlor and Pfeifer won’t have it all their own way in the final round with Canada’s Kurtis Barkley and Australia’s Stephen prior just two shots back sharing third. Defending champion Johan Kammerstad is at 17-over after a second round 83, two double bogeys and a quadruple bogey on the par-five 14th proving costly. However, Kammerstad made birdie at the par-five 18th to keep himself within shouting distance of the lead and is not without a chance to successfully defend.