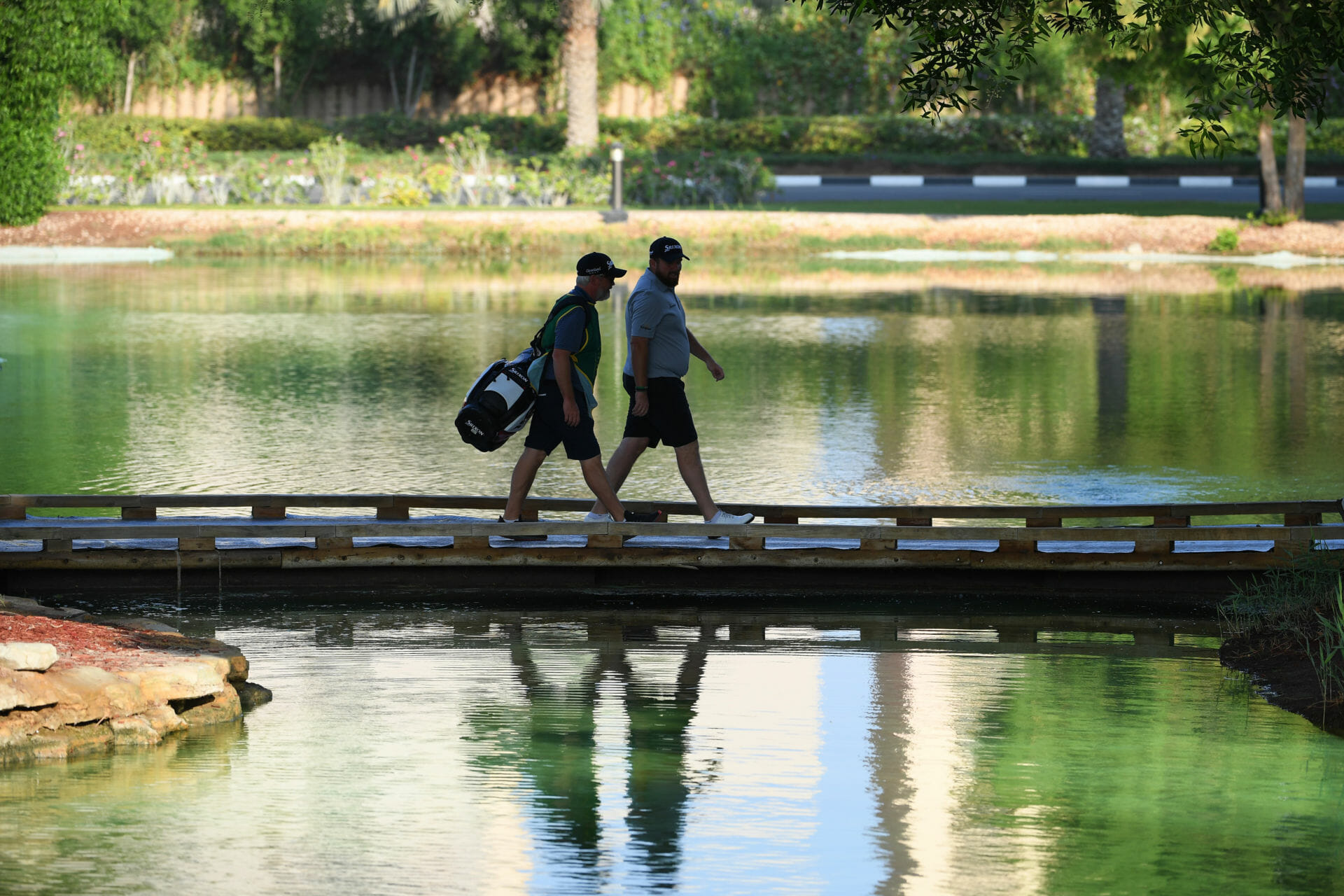 It was around 120kms north of Jumeirah Estates at Abu Dhabi Golf Club where the then No. 74 world ranked, Shane Lowry commenced his season in superb winning style leading from start-to-finish in the UAE capital.

In the intervening 11 months or so, Lowry brilliantly climbed to one of four pinnacles in his chosen sport in capturing golf’s oldest Major Championship, and in returning to the UAE, he’s set himself a goal of a third victory of the year that could lead  to him being crowned European No. 1.

Lowry’s currently lying fourth on the Race to Dubai having been bumped back a place after England’s Tommy Fleetwood elbowed his way from eighth to second courtesy of last Sunday’s Nedbank Challenge triumph.

A third victory in an already a best-ever season would go a long way towards top spot but then there is so many other scenarios that could unfold with one of those particularly crystal clear … if current No. 1 Bernd Wiesberger wins the DP World, the Austrian is officially crowned European No. 1.

“I probably would have laughed a little bit and I would have taken your hand off, for what I’ve done this year has been — it’s been incredible,” he said after being asked in arriving in Abu Dhabi last January if he could have dreamed of the season that lay ahead.

“Not that I didn’t ever think that I could do something like I did. I suppose the big thing is Portrush, and to be able to achieve something like that is just… obviously it’s amazing and it’s like a dream.

“It’s a dream come true, really. But the thing is that I try not to let myself think about it too much and try not to dwell on that as when this week finishes, I’ll be able to sit back next week with my Claret Jug and be happy with what I have.

“I’m trying to do as well as I can this week and that’s the one thing that’s gotten me over the few months since The Open, and that is when you have bad days and you’re shooting bad scores, people saying to you, ‘You won The Open, it doesn’t matter’.

“So, I’m going to go out and give my best this week and no matter what happens, I will be sitting back next week with a major trophy in my cabinet this year, and I’ll be happy with what I have.

“And yes, it would be incredible to add European No. 1 to that list, as well,” he said, smiling.