Lowry urges Dunne to take lessons from Q-School, whatever the result 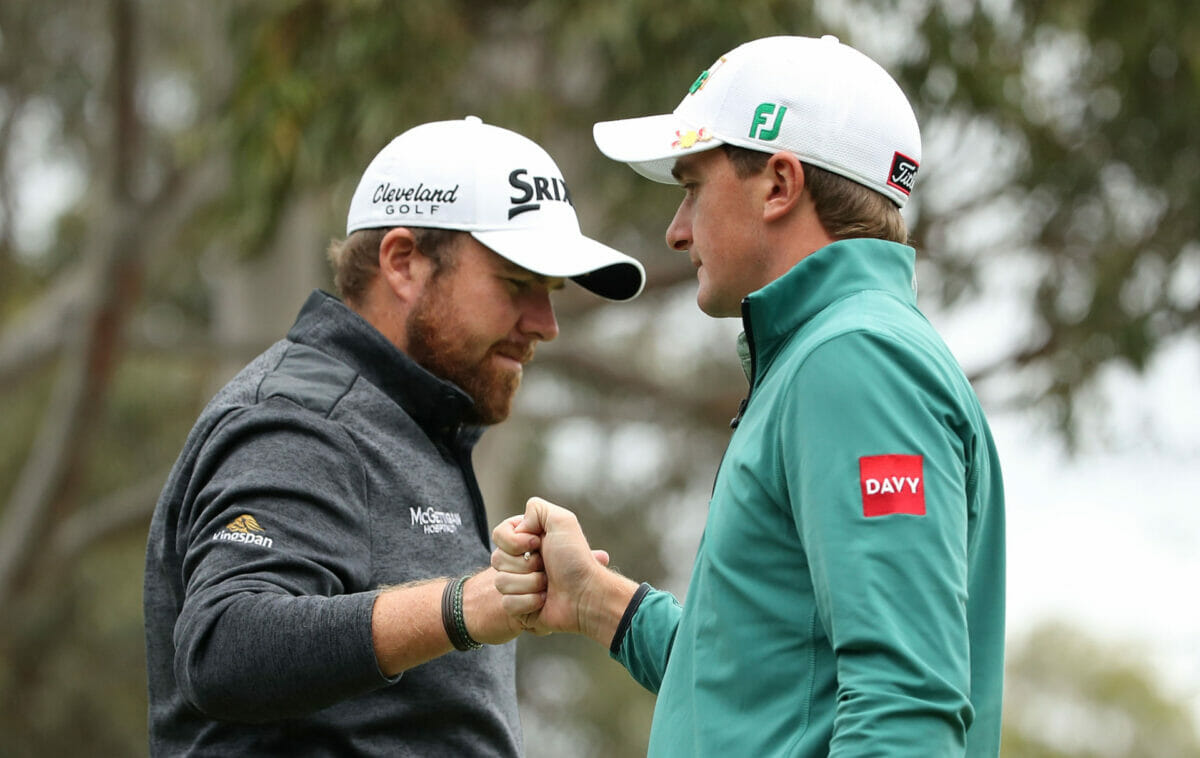 As Open Champion, Shane Lowry prepared to jet off to Dubai for a family break ahead of his crack at the European Number One spot, his good friend, Paul Dunne was sharpening the pencils ahead of 108 holes of hell at Final Stage Q-School.

Their paths could hardly have sent the pair in more different directions this term; Lowry breaking through with a maiden Major triumph at Portrush as Dunne’s game crumbled with 12 missed cuts in his last 14 events.

Lowry’s no stranger to suffering at the hands of golf’s ruthless nature so unsurprisingly, he had plenty of words of encouragement for Dunne ahead of this week’s Q-School examination.

“It’s a mad game that we play,” Lowry said when speaking to media in Turkey.

“Sometimes you feel like you are doing everything right and you don’t get what you deserve. And sometimes you get things that you don’t deserve.

“I said it to Paul a few weeks ago before he played the French Open – you are in the middle of a 20-odd-year career and what you do the next few weeks is not going to define you as a player or as a person.

“There will be other lads at the Q-School who will be going there with a bit of confidence and Paul is maybe the least confident but once Paul gets out the other side of this, he will be a stronger person for it and he will be a better player for it.”

Lowry speaks from a position of authority on the subject. It was only in July of last year that the Offaly golfer and long-time caddie, Dermot Byrne split after nine years together following round one of The Open at Carnoustie.

Coach Neil Manchip carried Lowry’s bag in round two but not even the Scotsman could help Lowry make the cut for the weekend. It was to be Lowry’s lowest point in his career; the Clara man later admitting that he sat in his car at Carnoustie and cried as a career that promised so much to so many was seemingly unravelling before his eyes. Look at Lowry now.

Although the stakes are high this week for Dunne, the Greystones golfer has played under more intense pressure than this in the past. Given the success of his relatively short career to date, Dunne can play with the comfort blanket of conditional status secured while having almost hit the €3 million mark in career earnings alone at just 26 years young, on top of the support of loyal sponsors, he should have nothing to fear should he fall short this week.

Still, despite a lack of form, Lowry hopes his friend believes in his talent this week and urged Dunne, as one of the star attractions amongst the field at Lumine, to remind the world of just how good he is when play gets underway on Friday.

“There is probably nobody out here who works as hard as Paul Dunne. He just hasn’t got his rewards this year but I am sure he will at some stage,” added Lowry.

“Paul is going to get quite a few starts next year and even if, and I don’t know who will finish in his position this year, maybe 15 to 18 events even if he doesn’t go that well at Tour School.

“If not, it is up to him to fight his way out of it and get himself full status for the following year.

“He’s a classy player and he’s one of the best players at Tour School and there is no doubt about that, and he should be looking at almost going out and winning that as opposed to finishing top-25.”

156 players, including Dunne take their chance at Lumine from Friday, November 15-20. No matter where the Greystones professional finishes, the worst-case scenario when that exam bell calls time on Q-School won’t be all that bad regardless, and there’s significant comfort in that.