With the help of Modest! Golf – one of the game’s leading management companies – Brendan has made the bold move into the professional ranks. The timing could hardly be better as the European Tour has plans for a full European Disability Tour by 2021 and next season, Lawlor will have the opportunity to compete in Australia, Dubai and Europe as well as no shortage of sponsors lining up to make it an instantly profitable venture.

I am delighted for Brendan and wish him every good fortune but, I can’t help feeling that ‘things’ don’t always add up when golfers turn professional. One thing the world does not need is more touring pros. Supply far exceeds an extremely finite demand.

With only so many lucratively funded tours, only so many tournaments and only so many starting spots in each, as few as 500-golfers worldwide are earning a comfortable living from playing golf. A massive industry may exist on the back of a mere 500 superstar golfers, whereas eking out a bare subsistence is as much as the majority will ever achieve. Fortunately, for Lawlor he will be a trailblazer in a brand-new category and should reap the rewards he deserves.

In my mind though, it raises a question: Why do the amateur golf federations continue to push, flatter and encourage youngsters into playing full-time golf, neglecting their education and their prospects of finding a more realistic and less risky career?

There is hardly an international representative amateur golfer anywhere who hasn’t the intention of becoming a ‘millionaire’ tournament professional at the back of his mind. Otherwise, what has all of the single-minded dedication and hard work been about? Why else would you do it?

The gap between top amateurs and top pros is widening steadily. Competition is ferocious! Being a Walker Cup player was about as close to a guarantee of future professional success as you could get once upon a time, but not anymore. These days, the best way of estimating success ratios is via the World Amateur Golf Rankings. Even then, there are no guarantees as roughly one third of former No. 1s have found out.

One of the world’s best career amateur players in any era, Peter McEvoy wrote a fascinating chapter in his book, “For Love or Money” where he forensically compared the pros and cons of remaining an amateur or joining the pro ranks. As he put to me in a conversation at the Home Internationals at Lahinch recently:

“In most sports you don’t turn pro, you have to wait to be offered ‘terms’. Instead of defining amateur status, we should define what constitutes professional golf. A professional golfer is one with the appropriate card to play on one of the tours. Get the card first and only then will you be invited to become a pro.”

Peter also seems to be in favour of ‘Open Golf’, similar to what obtains in tennis. Amateurs could win money prizes under license and golf professionals (as opposed professional golfers) would be allowed to compete in the same competitions (scratch cups, senior cups, a limited number of regional championships, and so on) alongside amateurs in an agreed quid pro quo arrangement.

One cannot blame a youngster with stars in their eyes for having pro ambitions or for taking advantage of whatever the GUI, and others, provide in funds, overseas competition, specialized coaching and facilities. However, subsidised amateurs playing against other subsidised amateurs in team match play events are fooling themselves if they think it will prepare them for a pro career. Such competitions will not help to develop the necessary standard of play and personality characteristics required for an unforgiving pro game.

It is long past the stage where the national (amateur) associations should be persuading the R&A and USGA to revamp the rules of amateur status and consider turning them (literally) upside down. You are either a professional golfer playing for a living on a viable tour or, you are not and if you are not a qualified, card-carrying member on the PGA Tour, Korn Ferry Tour, European Tour, Challenge Tour or Asian Tour, I would respectively suggest you are an amateur with the capacity to win ‘some money’ from time to time (if allowed) but not enough to sustain a ‘lifestyle’.

Until now, Brendan Lawlor has played golf for love, soon he will be playing for money; lots of it, I hope. 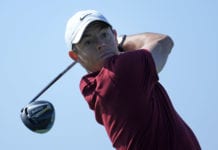 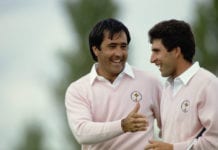 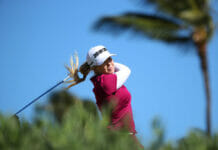 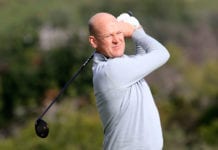