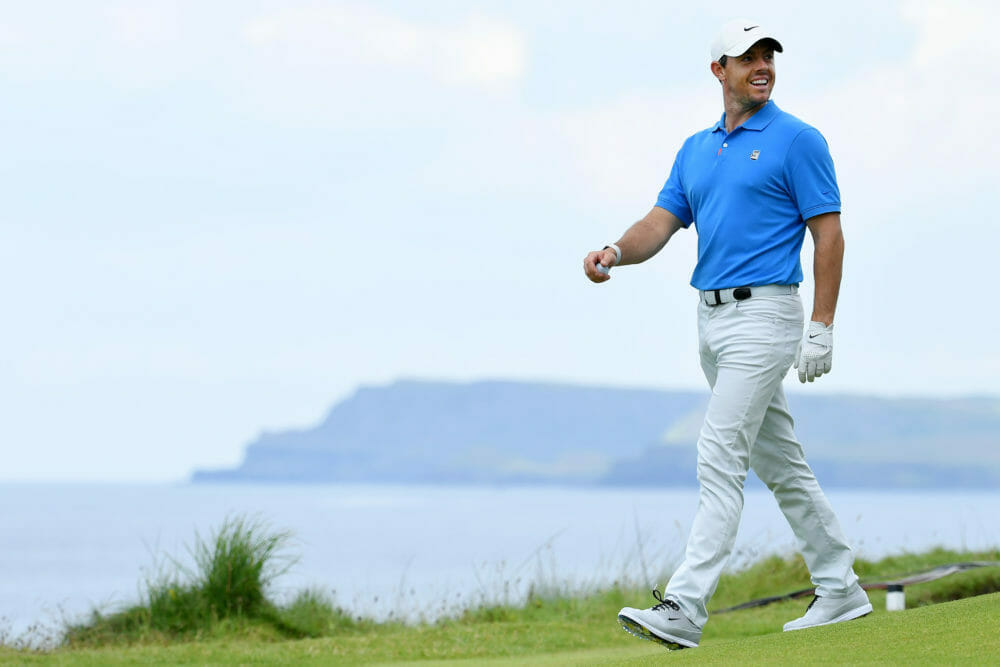 Rory McIlroy has boldly thrown down the World No. 1 gauntlet at the feet of rival Brooks Koepka as the new WGC – HSBC Champions winner seeks to end a four-year and three-month absence atop the rankings.

McIlroy, who is now just 1.09 of a World Ranking point behind the American, headed into a fortnight’s competition break determined to return for his last event of the year knowing it will mean capturing a fifth tour victory of 2019 at the European Tour season-ending DP World Tour Championship in Dubai.

McIlroy was last World No. 1 in finishing top-20 in the 2015 PGA Championship and only once in his career, and that being in 2012, has he won five events in a single year.

And with the victory bit clearly between his teeth, McIlroy sounds determined to achieve what he accomplished seven years ago in Dubai, and in the process, really rub Koepka’s nose into any thoughts of the American heading into 2020 ranked the game’s best player.

“No, it’s not over as I have one more event left in Dubai and I want to finish the season off as well as I can,” McIlroy said.

“Looking back on 2017 and 2018, I had a couple injuries and went through changing equipment, as well, and there was just a couple of things. I was a little unsettled, I guess.

“But the last 18 months, I’ve been very settled. I’ve been comfortable with everything, my game, my equipment, my body’s been healthy, or healthier. It’s actually – I struggled with some back problems in my early 20s, and knock-on-wood, my body feels as good as it ever has at 30.

“I’m playing well. I don’t think my game is going to go anywhere over the next two weeks, so hopefully I can turn up in Dubai and play well on a golf course that I’ve had success on and really finish the year off hopefully the way that I’ve played all year, which is consistently good golf.

“I really wanted to get another win before the end of the year, and now that I’ve done that, it would be nice to get two wins.”

And in speaking of wins. McIlroy’s Chinese success has matched fellow Ulsterman Darren Clarke’s record of 14 European Tour wins while he is just one shy of matching Padraig Harrington’s all-time Irish record of 15 Tour victories.

And with 27 worldwide victories, McIlroy is only four wins from equalling Harrington’s tally of 36 global triumphs.