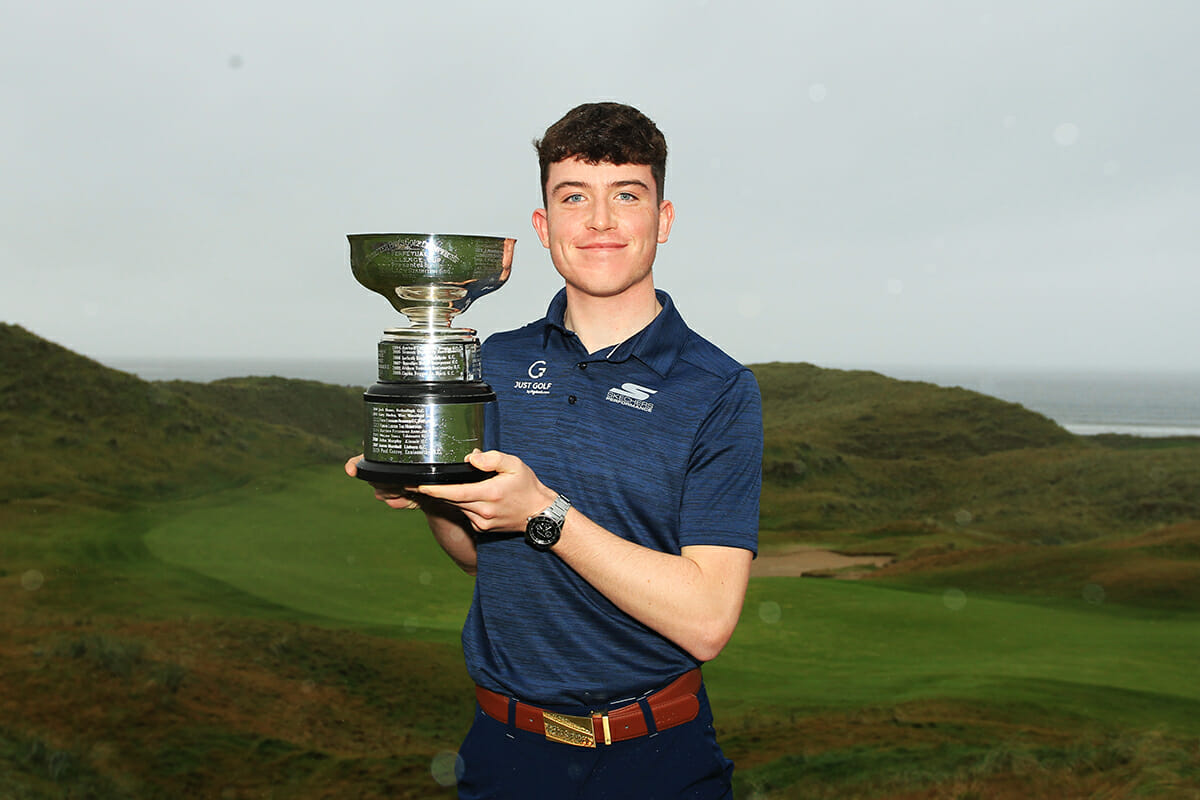 Image from Niall O'Shea on behalf of GUI Munster Branch

The Irish Boys international went into the final round with a whopping seven stroke lead and like an experienced professional, the youngster ensured the chasing pack would have to do something special to have any chance of grinding him down.

Keating lit up the Kingdom with an outrageous score of 65 in round two, allowing him the freedom to make some mistakes on the way home with plenty of shots in hand to take the title.

He picked up where he left off on Thursday to be out in three-under and it was looking like a procession for much of the final round before three bogeys to the clubhouse, threatened to make things interesting.

In the end, however, the Dubliner breezed home, signing for 72 and completing a wonderful five stroke win at level par for the 54-hole tournament.

In fairness to the chasing pack, there were some admirable efforts put in on the final day with Edmonstown’s Liam Abom firing five birdies in a three-under par round of 69 to take second alongside Roscommon’s Thomas Higgins who carded five birdies of his own in a great round of 70.

Another Roscommon youngster, Simon Walker fired a bogey-free four-under par round of 68 to snatch outright 4th at six-over while Killiney’s Cian O’Sullivan returned a haul that included seven birdies in a 68 of his own to tie for 5th alongside Connemara’s Luke O’Neill (79,73, 72) at plus-eight for the Championship.