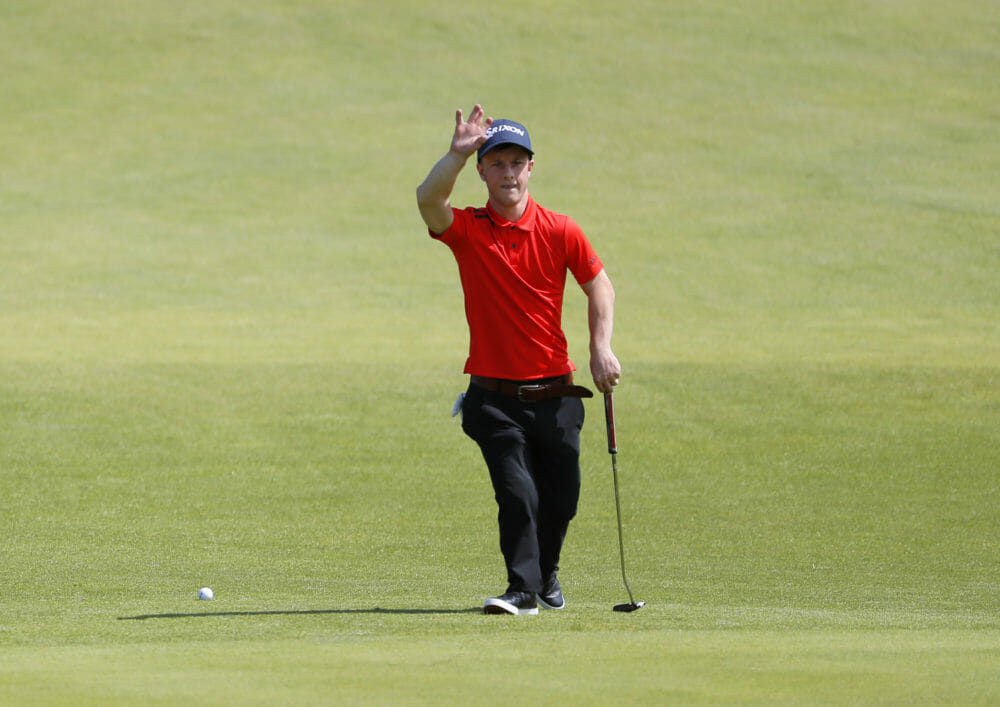 Swede Joakim Bjorkman and American Chad Pfeifer are the final two EDGA golfers confirmed for the , joining Dundalk’s Brendan Lawlor for the new 36-hole tournament for Golfers with Disability that will run alongside the season-ending DP World Tour Championship, Dubai at Jumeirah Golf Estates in November.

The EDGA Dubai Finale will be staged on Friday November 22 and Saturday November 23 – at one of the European Tour’s biggest events of the year – with six players from the World Ranking for Golfers with Disability (WR4GD) qualifying and the two wildcard invitations accepted by Bjorkman and Pfeifer.

Lawlor, 22, who recently signed his first professional contract with Modest! Golf Management, has already enjoyed wins in Germany and Scotland over the summer and now has a November 22nd date to look forward; one he’s keen to make the most of at one of the European Tour’s biggest events of the year.

“It’s going to be a massive event and to be asked to go is a real privilege and I’m looking forward to putting on a proper showcase for Disability Golf,” said Lawlor.

“After getting the win in Scotland, I’m really excited and going in with a bit of confidence. What the European Tour do for Disability Golfers – having them play in a huge Rolex Series event – is pretty incredible. It’s a really strong field going as you’d expect but hopefully I’ll get on well.”

Bjorkman, a two-time winner of the European Team Championship for Sweden, has a form of achondroplasia – a form of short-limbed dwarfism – and will compete for the first time at the inaugural EDGA Dubai Finale.

“I’m delighted to have the opportunity to tee it up alongside some of the best golfers in the world at the EDGA Dubai Finale in November,” said Bjorkman.

“The European Tour and EDGA lead the way when it comes to promoting the game for golfers with a disability and providing us with playing opportunities. It has been incredible to see over the past year with events like the EDGA Scottish Open and I am thrilled to be part of the inaugural event in Dubai.”

“The EDGA Dubai Finale is going to be an exceptional event and I can’t wait for the challenge,” said Pfeifer. “It is a great field stacked with so many talented golfers and I have no doubt the golf course will be a fantastic test for us all.”

“The European Tour is excited to continue our work alongside EDGA to offer golfers with disability the opportunity to play competitive tournaments at our highest profile events and to ultimately promote the inclusive nature of our game to our global audience.”

EDGA President and Head of Disability and Inclusion for the International Golf Federation, Tony Bennett, added: “The eight players who will compete are not only representing golf as an inclusive sport but stand on the shoulders of thousands of golfers who have impairments, some of whom, due to the severity or nature of their impairment, could never dream of taking on such a golf course under tournament conditions. With Gross, Net and Stableford Rankings available on the official WR4GD, golf is recognising that all competitors can reach the higher levels in their respective rankings.

“The players on show will represent EDGA, and the growing body of players who compete in golf despite their impairment, exceptionally well, not only on the golf course, but in the way that they interact with the fans, the press and those who wish to try golf as a viable sporting option. Our thanks go to the European Tour, DP World and RSM for making this opportunity possible to showcase the abilities of the players who have worked hard to compete.”

“DP World aims to build a better future for everyone and in golf we are creating these opportunities to people of all ages, backgrounds, gender and ability. The initiative ties in nicely with the Year of Tolerance and builds on our ten-year partnership with the European Tour, a partnership that continues to attract thousands of young people from the UAE to golf each year.”

Scoring for both tournaments will feature on the European Tour’s website and App for fans to follow, while highlights of both contests will form part of the world feed broadcast.

Category 1 – The leading six available players from the World Rankings for Golfers with Disability (WR4GD) week 36.