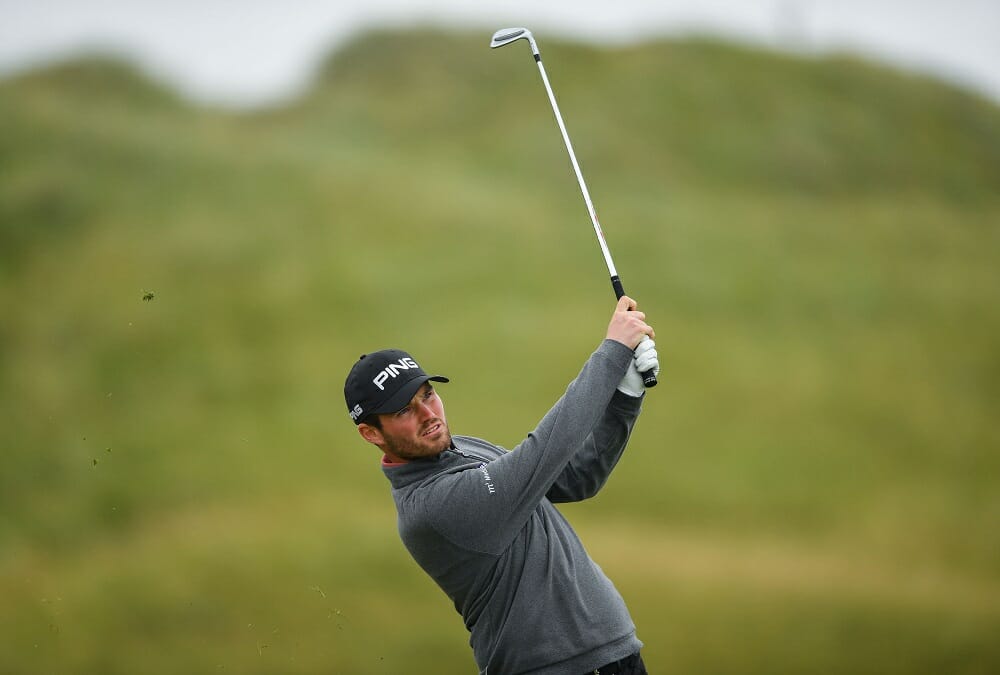 Cormac Sharvin assured himself of a tenth weekend appearance in 11 Challenge Tour starts as his consistent campaign powered on at the Hopps Open de Province.

The Ardglass professional, who currently sits in sixth spot on the Road to Mallorca standings, where the top-15 at season’s end will win a Main Tour card for next year, fired a three-under par 69 to move 25 places up the board to ensure his tournament chances remain alive heading into moving day.

The 26-year old posted four birdies and just a single dropped shot but at minus-three, he trails second round leaders Sebastian Heisele and Jeong Weon Ko by seven shots at the top of the leaderboard at Golf International de Pont Royal.

The German, who has already gained success on French soil after winning the Open de Bretagne three weeks ago, recorded the lowest round of the day, a seven under par round of 65. While overnight leader Ko shot a round of 70, two under par, as he continued to impress in just his third European Challenge Tour event.

Heisele made the turn at four under par on day two, including three consecutive gains to close out his front nine. The birdies continued on the back nine as he picked up shots at the 12th, 14th and 16th holes to sign for a round of 65 and set the target at 10-under par.

Having won his maiden Challenge Tour victory at the start of the month on France’s north west coast, Heisele was delighted to be playing well once again on favoured soil.

“It seems like I’ve got a new love affair with France,” he said. “It was a very pleasing day today. It was very tricky in the wind yesterday, but I took advantage of the greens and lack of wind this morning. It was a good round and I managed to get my game going on the greens, so all in all a good day.

“Going into tomorrow and Sunday we’ll try and keep doing what we’ve done over the last couple of weeks. I’ve learnt a few things from the Open de Bretagne win a few weeks ago. I feel good about myself and we’ll just try and keep it simple out there.

“Coming off a win you are full of confidence. I got a bit undone last time out in Portugal but that’s the way golf goes sometimes, so I’m pleased to be back contending going into the weekend.”

Ko is looking to follow in the footsteps of fellow compatriots Julien Brun and Romain Wattel by winning a Challenge Tour event as an amateur. Brun was the last amateur to achieve the feat when he lifted the ALLIANZ Golf Open Toulouse Metropole in 2012.

The 21-year-old started his second round strongly with a birdie and an eagle in his first five holes and bounced back from a bogey at the 16th – his seventh hole – with a closing birdie on his front nine.

However, Ko dropped two shots in four holes on the back nine but made a confident birdie at his closing hole to join Heisele at the top of the leaderboard at the halfway stage.

“The start of the round was really good,” he said. “I had an eagle on 14 again, so I was really happy, and I was three under at the time.

“But at the beginning of the back nine it got quite bad and I was suddenly questioning my swing. I hung in there and got a clutch birdie on 18 to keep myself positive going into tomorrow.

“I was waiting all nine holes on the back nine for that birdie to come, so when it dropped, I felt really good.

“After my eight under par yesterday I started thinking about a lot of things but right now I’m only thinking about what I can do to play my best tomorrow.”

Two strokes behind Heisele and Ko is Canada’s Aaron Cockerill and Dutchman Lars van Meijel, who recorded rounds of 70 and 65, respectively. A further shot back at seven under par is a group of three players, including Henric Sturehed, Robin Roussel and Nicolai von Dellingshausen.

It’s back to the drawing board for Tramore’s Robin Dawson after he added a 74 to an opening round 81 to miss the cut at 11-over par.

The third round begins at 8:12am local time with Heisele and Ko teeing off at 12:25pm.