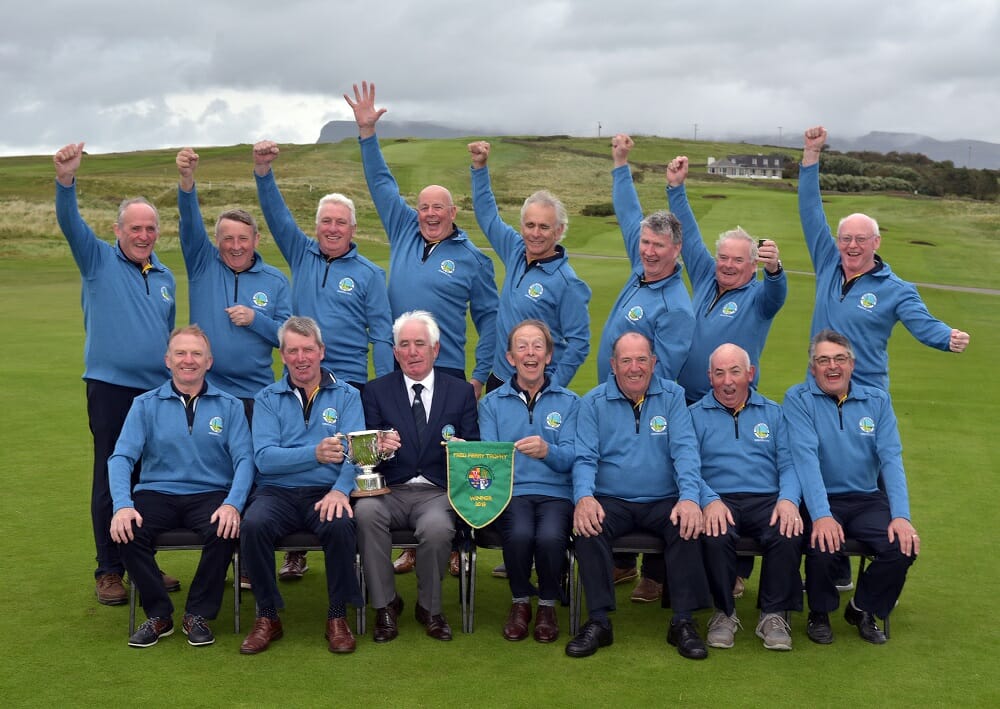 Fred Perry would have enjoyed this.

An All-Ireland final, played on his beloved County Sligo links, three matches going to tie holes – including the decider – and a Connacht club sealing victory whilst the players experienced the four seasons in a matter of hours across the Rosses Point links.

The manner in which Gort sealed victory in the first staging of the Fred Perry Trophy was impressive. At one stage mid-way through the back nine the scene was set for Templemore to lay claim to the title but the resilience of the Galway side was the difference.

A battling performance from Gort pair John Hynes and Kevin Mulkerrins in the top match against Seamus Bourke and Liam Daly gave them the first point of the day, coming on the 19th green.

The second point for Gort came in the third match when John Kelleher and Michael Ryan sealed a win by 1 hole against Tom McGrath and Bertie Keane.

The drama was to intensify.

Templemore were looking comfortable in the last two matches and would go on to win the bottom match by 1 hole. Denis Maher and Padraig Moloney taken all the way to the last hole by John Moylan and Stephen Dervan.

As the fourth match between Gort’s Michael McInerney and Martin Callanan and Templemore’s Denis Tuohy and Joe Fahy climbed to the summit of the second hole (their 20th), Gort needed to win just one of the remaining two matches to seal the win.

It would fall to the pairing of Robin (Robert) Lahiffe and Michael Cahill on the third extra hole to seal the win, Cahill lagging his first putt close for a par and when Templemore failed to match it the Fred Perry Trophy was going to Gort.

Gort’s Team Captain Robbie Killeen was delighted with the win.

“I think it’s great for a Connacht club to have won the Fred Perry Trophy seeing as he was from Connacht. It’s a great privilege for us to win it and I am over the moon as are the team. 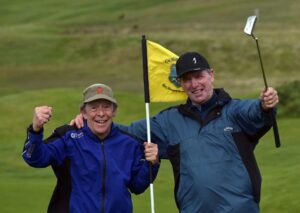 Robin Lahiffe and Michael Cahill (Gort) on the 21st green after winning their match against Templemore to clinch the 2019 Fred Perry Trophy Final at County Sligo Golf Club today (27/09/2019). Picture by Pat Cashman

Robin Lahiffe, who was part of the pair that sealed the win was elated afterwards.

“It’s an unbelievable sensation. It was a joy to play in it. You became consumed in the match, it was just another game of golf. It was fun all the way. Our opponents were absolute gentlemen. We’re over the moon, for a small little club it mean the world to us.”

Not fully aware of the importance of his match, Lahiffe showed no signs of pressure.

“It emerged that it came down to our match as the holes progressed but that didn’t bother us in the least, we were just focussed on the moment and that’s how you win these things. It’s the second green pennant we have in the place so there will be long celebrations.”

Gort’s only other all-Ireland title was the 2003 Pierce Purcell Shield at Lisburn and Kevin Mulkerrins added his second all-Ireland medal to his collection having played in both finals.