McDowell reveals how close he came to Hurricane disaster 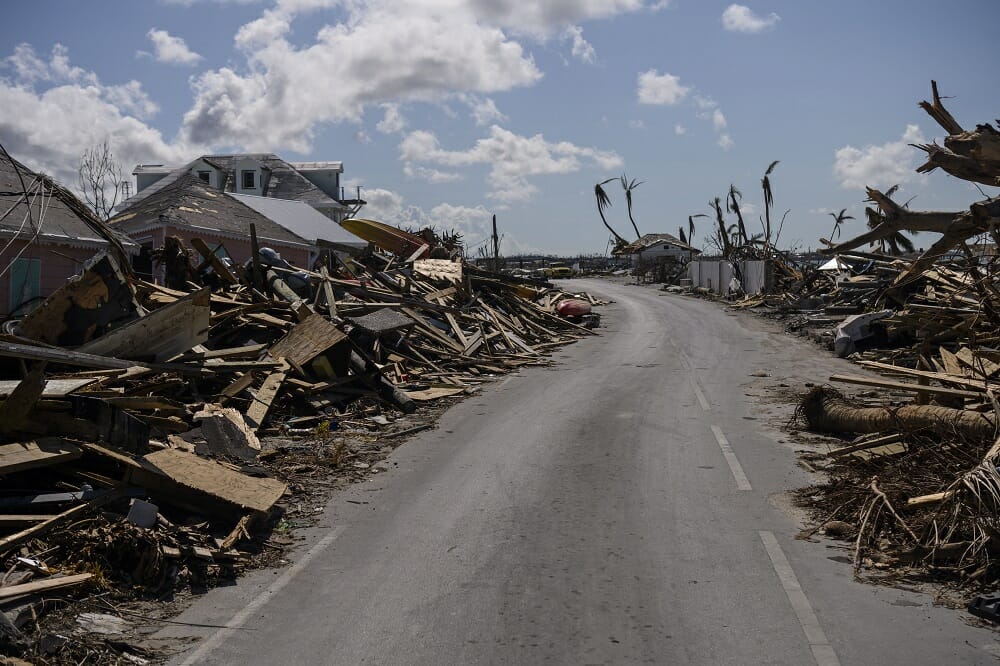 Graeme McDowell has revealed how close he and his young family came to disaster in avoiding being at their Bahaman holiday abode that was virtually blown off the map by Hurricane Dorian.

The McDowells along with fellow Ulster golfer Darren Clarke and South African Thomas Aitken own residences on the exclusive Abaco Golf Club estate on the island of Grand Abaco.

Hurricane Dorian struck the Abaco islands on September 1st with maximum sustained winds of 295kph, and is now regarded as the worst natural disaster in the Bahamas history.

Television pictures continue to show the tragic and utter devastation caused by the hurricane, leaving at least 70,000 homeless, and while the true death toll remains unknown, it is understood it may eventually exceed 1,000 with currently 1,300 people missing.

Dorian also is the costliest disaster in Bahamian history with estimates stating it may have caused a stunning $US7 billion in property damage.

McDowell and his family along with Clarke and the Aitkens were not spared having their houses ‘totally flattened’.

“It was a beautiful community we lived-in but with the eye of the hurricane passing right over the island, every house was totally flattened,” said McDowell.

“The winds were also so strong, I heard from a neighbour they found one of my wedges hundreds of yards away along the beachfront, and knowing it was one of my clubs as it had my marking on it.

“More importantly, friends and so many people we had met down there have lost everything and while it was a vacation home for us, these people we’ve come to know so well, lived permanently on Abaco.

“Since the hurricane we have been trying to help as much as we can in arranging for a truck of supplies carrying generators along with food and water, and trying to do every little bit to help in any way we can.

“At first, we didn’t know [the extent of the damage] as we had little communication from our own little community for nearly two weeks afterwards as it was also impossible to both fly into or fly out of local airports.

“There was also huge amount of violence and looting and things like that going, so it’s been a very emotional month.”

It is why McDowell withdrew, citing ‘personal reasons’ from last week’s BMW PGA Championship at Wentworth and, while still coming to grips with the disaster, he has entered this week’s Alfred Dunhill Links Championship in Scotland.

“I took Wentworth off as I did not feel emotionally prepared to play and I had not really practiced the way I wanted to because I lost a couple of weeks in shock following the tragedy and the devastation,” he said.

“I was trying to work out what the next steps would be, and what the plans were going to be down there in the Bahamas.

“Like I said, it’s a personal problem. It was our vacation house but then it has been very difficult to feel sorry for our own selves because everyone has lost so much down there.

Clarke is an Abaco Club ambassador and has been visiting the club since it opened in 2004 while in 2012, he married his second wife, Alison in a ceremony along the four-kilometre long white sandy beach that fronts the club.

McDowell and his wife also were married at the Abaco Resort in 2013 while Aitken, who captured the 2011 Spanish Open the day after legendary Seve Ballesteros passed away, and his wife are one of Abaco’s newest residents.

McDowell had last been at Abaco in late July and revealed he and his family were due to be at Abaco the week Hurricane Dorian struck for his delayed 40th birthday celebration party.

“We had plans in place to be down at Abaco that very week the hurricane struck but we pulled the plug on those plans about three or four days before the hurricane arrived,” he said.

“The last time I was down there was at the end of July for my 40th birthday.

“So, while we are talking about life and death here, the house was just a material thing for us that we can replace.

“What you have to worry about is that there is still over 1,000 people still not accounted for and that makes for scary stuff.”