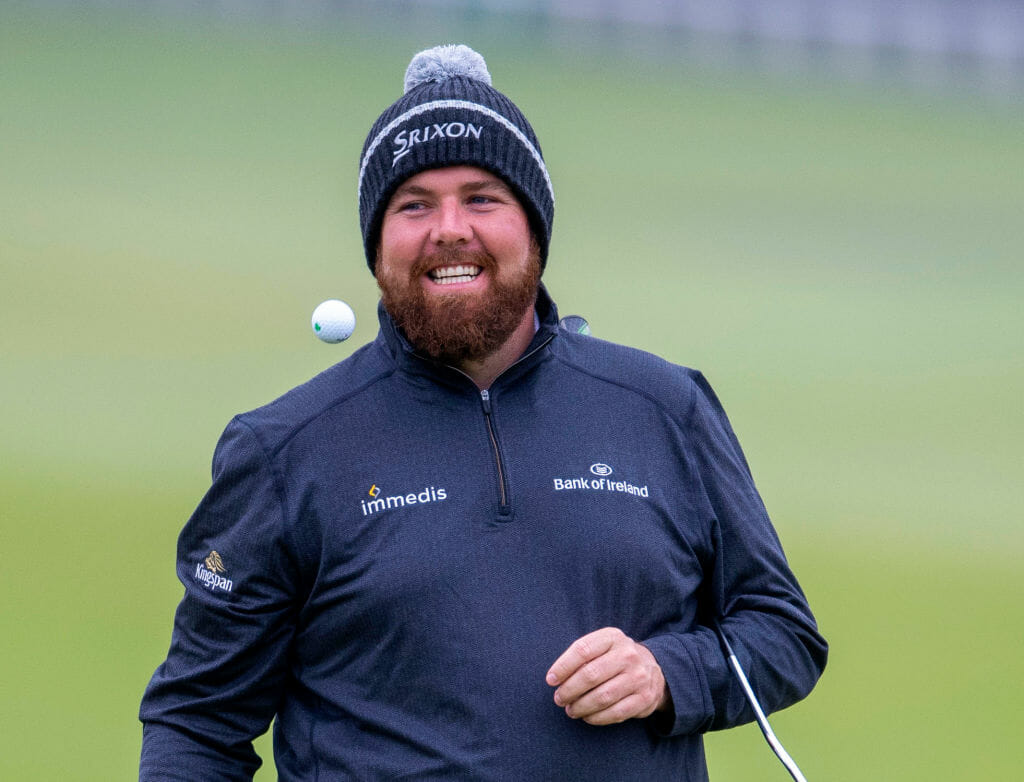 Shane Lowry has signed a pledge declaring there’ll be no boozy celebrating of his Open Championship victory in the famed Jigger Inn at this week’s Alfred Dunhill Links Championship.

Lowry has travelled to the Home of Golf for a first occasion since his emphatic six-shot Royal Portrush triumph, bringing with him the Claret Jug.

One of the Irishman’s first tasks was to donate his lob-wedge to the British Golf Museum, the club he used during the final round to land his second shot to 8-feet for birdie at the 15th to go six ahead with three holes to play.

“It’s pretty cool to be back in St. Andrews as I’ve got the trophy with me this week and I might sneak out on to the 18th green to get a picture at some stage,” he said.

“The R&A is based here along with the British Golf Museum and I’ve got the club with me that I am donating to the museum.

“I’m staying in a house by the 18th here and they’ve got a lot of golf memorabilia. There’s a picture of the Champions Dinner in 2010 and the one thing I’m looking forward to about being an Open champion is coming back in two years’ time for the Champions Dinner – that is going to be cool.

“I singled out the lob-wedge as it was the club that got me out of some tricky situations. I didn’t have too many wonder up and downs that week as I played good golf, but I hit a great shot with the club to eight feet into the 15th on Sunday to make birdie and that put me six ahead with three to play.

“It won’t be hard to part with the lob wedge, but then a little fella asked me for my putter last week and I was like, ‘are you joking me?!’”

It is Lowry’s 11th appearance in the Dunhill Links and he arrived (TUES) mid-morning to be mobbed by autograph hunters before teeing-up just after 2pm.

And while Lowry said he will spend time after the four rounds with family members and amateur partner, Gerry McManus in the Jigger Inn, as he’s always done, the World No. 20 has vowed all he’ll be ordering is Diet Coke.

“No, there will be no drink this week as I never drink the week of a tournament and while I will be down in the Jigger Inn alright, I will go in to have a Diet Coke with the lads,” he said.

“I always do that with Gerry after our round and my dad is coming over with his brother along with my mum’s brother and one of his friends.

“It’s their favourite week of the year and while I will be hanging around with them, there will be no drink involved.

“As a wise man once said to me, ‘none of us turn into geniuses drinking alcohol’. I just don’t think it is a good idea, at all.”