Galway back on top in AIG Senior Cup 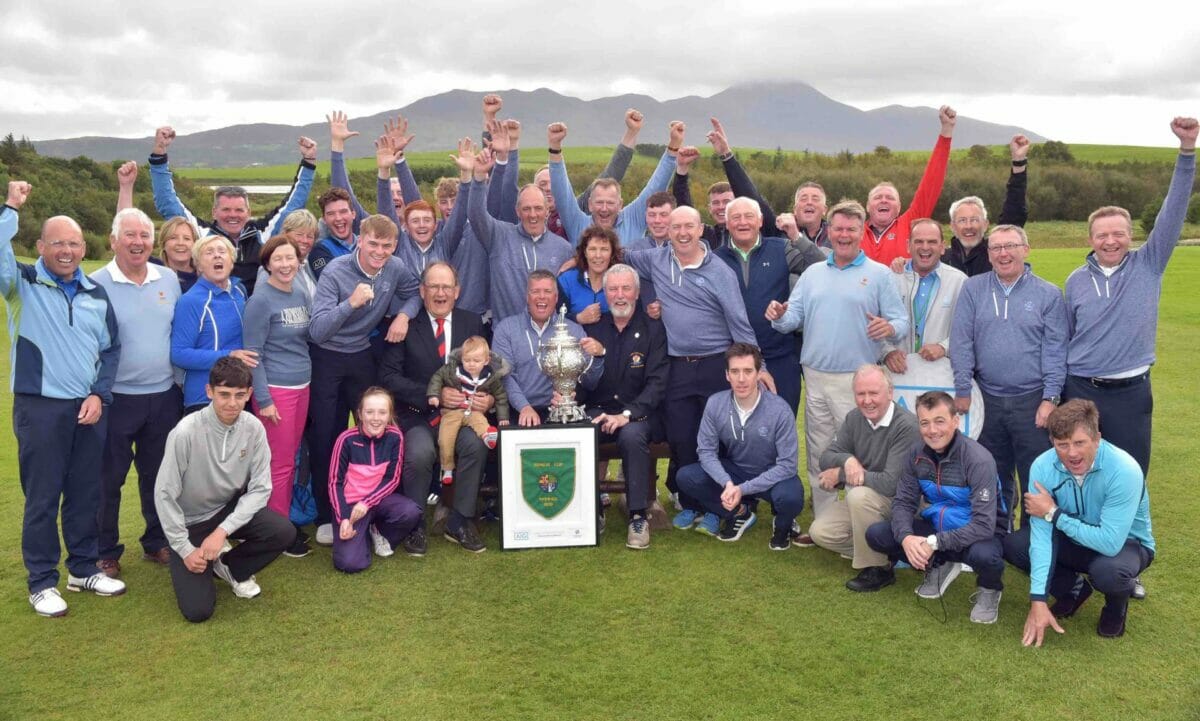 Galway won the AIG Senior Cup for the second time in three years with victory over Carton House in Sunday’s final at Westport.

The Connacht champions claimed their fourth success in the blue riband interclub championship when Joe Lyons clinched the decisive point on 18. Lyons, 47, starred on Galway’s three previous winning sides but experience did not ease the tension.

“I’d say that added about 10 years to my life there,” said Lyons, relieved to hold on for victory against Des Morgan.

“You want to be there and you want to be in with a chance to win but when it’s all on you the last few holes and you’re my age and three putt a couple of holes on the way in, you’re kind of thinking: ‘You want to be careful what you wish for.’”

Three clear after 14, Lyons’ lead dwindled over the closing stretch. Playing 18, he still enjoyed a cushion but the pressure was mounting. Bunkered after his drive, Lyons’ lay-up left him 182 yards from the green. No better time to fashion fireworks with a seven iron.

“It was nice to finish it off with a good shot,” Lyons said of his final approach, which finished within two feet. Morgan had pushed his second into water down the right. He conceded when his pitch from the drop zone ran past the hole. 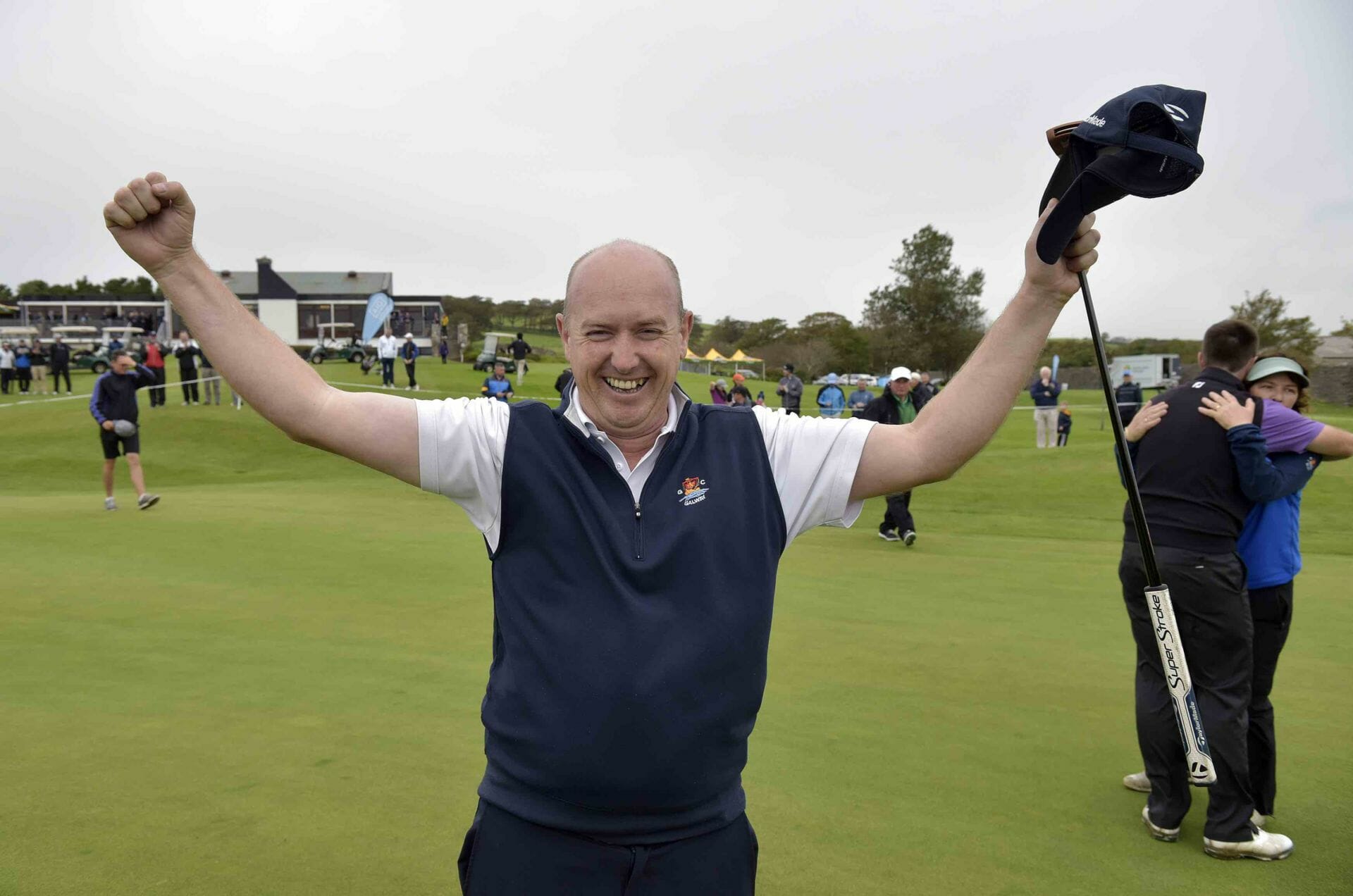 “We knew Carton House were going to be very tough,” said Galway team captain Gerry Cox. “They’ve got a great squad and a great system so we knew it was always going to come down to probably one putt, which we seen there on the 18th, with Joe Lyons getting the winning point.”

Carton were chasing their first win in the Senior Cup having previously lost out in two semi-finals. Ireland international Keith Egan got them off the mark by beating Eddie McCormack 4&3 but Boys International Luke O’Neill hit back for Galway in game two, defeating Darragh Flynn 3&2.

“The one thing you find with Joe, he’s such a competitor, he’s never beaten,” Cox explained. “In the midst of all the pressure, he stitches it. To close out a match, it was a phenomenal performance.”

Galway, winners at Carton House in 2017, were winning the AIG Senior Cup for the fourth time. Birr native Lyons, who joined the club 16 years ago, has been ever present since their breakthrough in 2006.

“When I arrived in Galway, I was told they had lost seven Irish Senior Cup finals,” Lyons revealed. “I’m years competing. It’s easier for me than other guys my age. It’s my sole pursuit outside of work. I live, sleep, eat, breathe golf. My work is around golf. Sure I love it.”

Another All Ireland medal deepens a passionate affair. 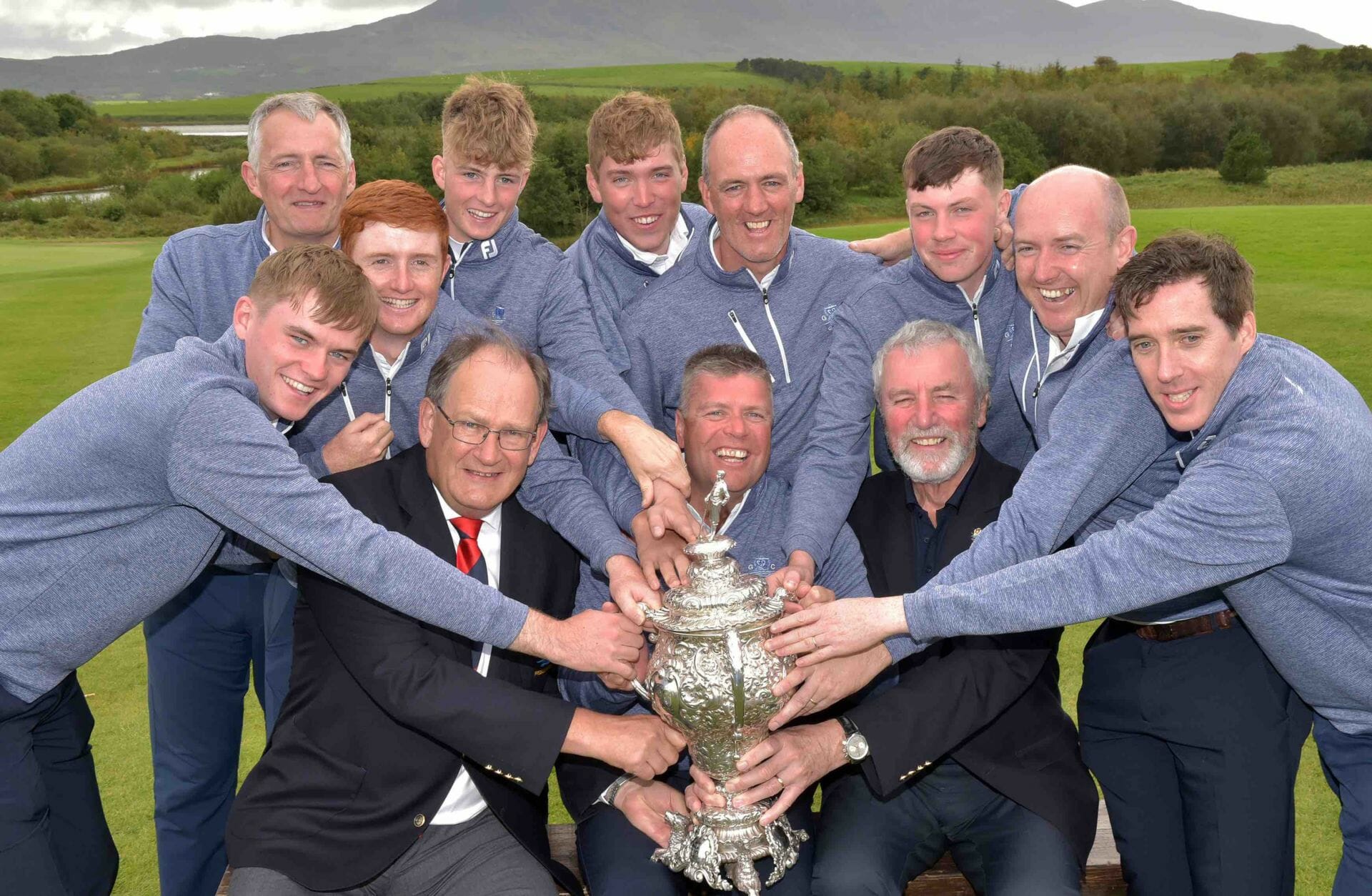