McIlroy knows not to disagree with Mrs Mc! 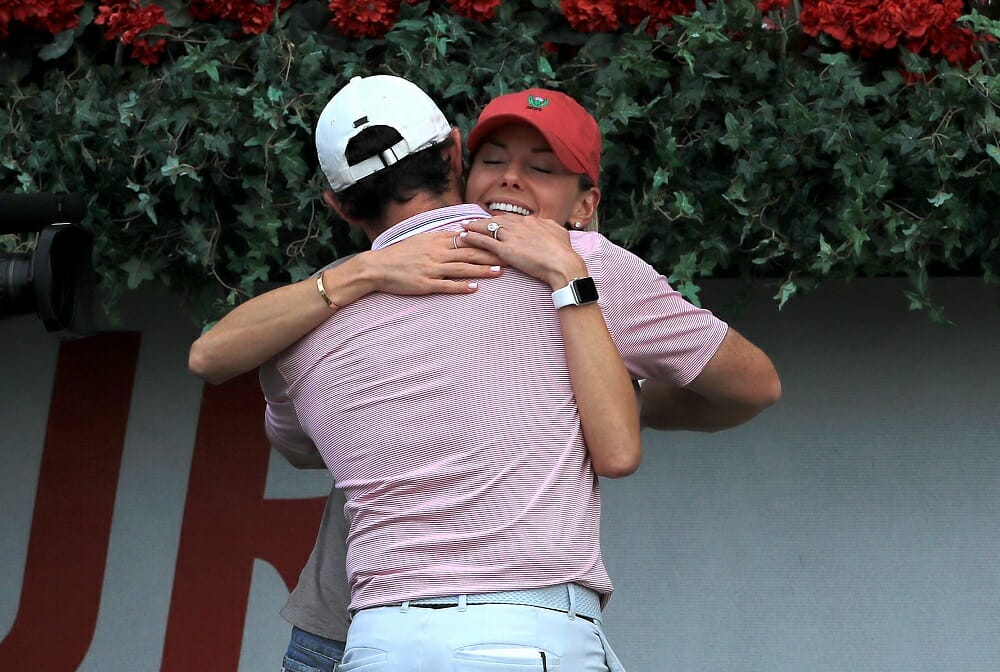 Rory McIlroy now knows better not to disagree with his wife in revealing the part played by ‘Mrs. Mc’ earlier this year to get him to re-join the European Tour.

The current World No. 2 dropped a golfing bombshell late last year declaring he would not be re-joining the European Tour and instead, he was starting 2019 in the Hawaiian Islands for a first occasion in his career.

The decision sent the European Tour somewhat into damage control mode with their star attraction virtually turning his back on those who helped get McIlroy the start to a now 26-tournament winning career.

European Tour CEO, Keith Pelley flew to Belfast prior to Christmas to meet with McIlroy while the Tour’s Players Advisory Committee worked overtime in a plan to get McIlroy to re-join.

McIlroy contested the WGC – Mexico Championship, the WGC – Dell Technologies Match-Play and the Masters – but none of those counted in terms of the European Tour Race to Dubai, as the Ulster golfer was not a member.

And it all came down to the person closest to the now 30-year, his wife, Erica to get McIlroy to see sense.

“I said, yeah, I mean, at the end of the day my thing was, I knew at the start of last year, or start of this year, I wasn’t going to play The Irish Open, and the rule was that you have to play an extra two events if you don’t play your home open.

“Keith Pelley and I sat down and I said, Keith, I can’t possibly do that. You can’t ask me to but then we can try, it wasn’t just me. Henrik Stenson and Alex Noren and the guys from Sweden, the Swedish Open clashed with some of the FedExCup stuff. They were in a similar position, as well.

“So, Keith came back to me and said: ‘Okay, if we make a compromise where instead of playing two extra events, you have to play three of the seven Rolex Series Events a year.

McIlroy’s currently lying 34th on the Race to Dubai and four spots outside qualifying for the season-ending DP World Tour Championship – he would be well inside if those earlier trio of events ‘counted’, given McIlroy was runner-up in Mexico.

But with three European Tour events left this year, and four if he gets to Dubai, McIlroy should surely be heading again to Jumeirah Estates in much less controversial circumstances than a year ago.

Still, despite sending the Tour earlier this year into a bit of a frenzy, McIlroy reckons he’s a ‘Nice Guy’.

This response came when McIlroy was quizzed on why he thought he’s so popular, not just on the PGA Tour, which was somewhat reflected in his 2019 PGA Tour ‘Player of the Year’ award, but globally too.

“I’m a nice guy, Bernie,” he responded to this journalist’s question.

“You know, I work hard. I’m not one to post stuff on social media when I’m working or whatever, but people that live down in Jupiter see me out there more than probably anyone else. I’d say myself and Justin Thomas are the two guys that work harder than basically anyone else.

“We’ve sort of created this great friendship between us just because there’s a massive deal of respect about how much we put into our careers and our games.

“I think hopefully people just recognise that I do the right things. I try to be as professional as I possibly can. I show up and try to bring my game every single week, and some weeks I do that better than others, but you know, I really want to pride myself on trying my best.

“Golf, we should all be trying to lift each other up. We shouldn’t be trying to knock each other down. We are all in this game and on this journey together, and I’ve recognised that and matured over the years to come.”