McIlroy blows a tyre with Lowry stuck in neutral at BMW 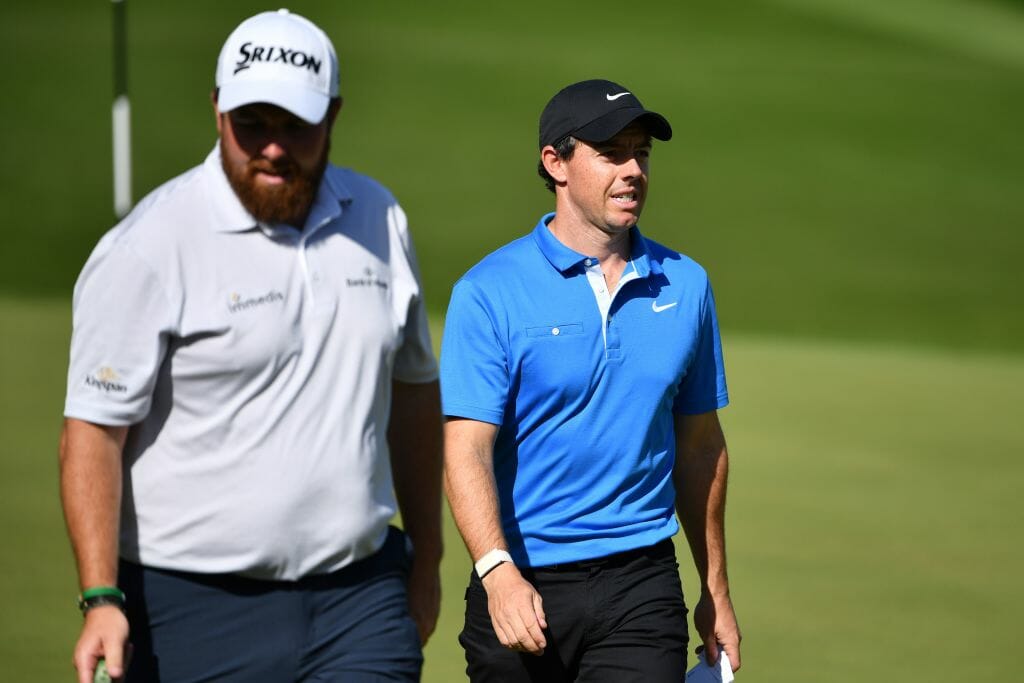 Rory McIlroy produced his worst score in close to a year in a horror 76 on day one of the BMW PGA Championship at Wentworth.

The World No. 2 quickly took to the overtaking lane on the famed ‘Burma Road’ course when he eagled the fourth and then birdied the next to be three-under par.

Though the McIlroy wheels started wobbling when he bogeyed three holes in succession starting from the eighth to be back to level par.

McIlroy got a shot back with a birdie on the par-5 12th hole but then came off the last in the proverbial golfing ambulance having played the final six holes in five-over par.

The past BMW PGA winner bogeyed 13 and 15 before sending his tee shot ‘OB’ left at the par-5 17th in taking a double-bogey ‘7’ and then at the last he had spectators scattering in losing a ball right off the tee on route to a bogey ‘6’.

McIlroy came out of the scorer’s hut, quickly looking for a way to the stately Wentworth clubhouse that would avoid a 50-yard uphill queue of autograph and ‘selfie’ hunters lined-up the path to the clubhouse.

It is McIlroy’s highest score at Wentworth since a second round 78 saw him miss the cut in 2015 while it’s his worst round since a 77 in last October’s WGC – HSBC Champions event in Shanghai.

Not nearly as disappointed but still hurting was Lowry who was one-under through nine holes before completing the back-9 in one-over that included coming-up short with his third into the par-5 18th and finding the water guarding the green for a bogey ‘6’. 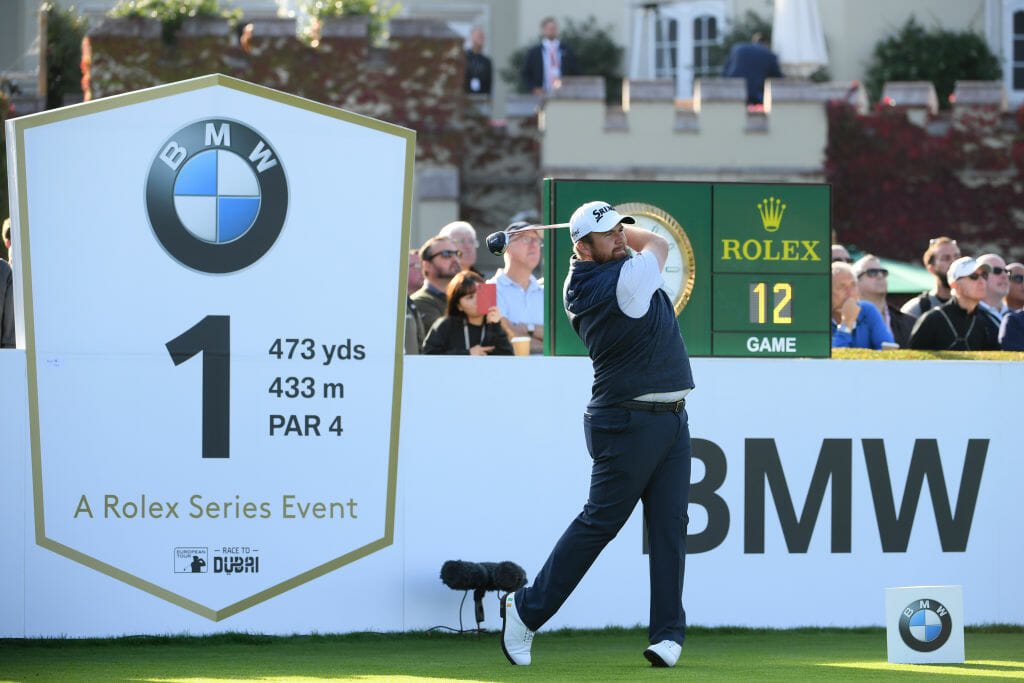 Shane Lowry of Republic of Ireland tees off the 1st hole during Day One of the BMW PGA Championship at Wentworth Golf Club.(Photo by Ross Kinnaird/Getty Images)

“I got nothing out of that round to be honest,” he said.

“I hit some nice shots and burned the edge all day, and then go into the last with a lovely drive. I may have stroked the second shot a little bit. I hit a 5- iron to hit it past the flag and just mis-stroked a little bit. I thought it was half-decent.

“Yeah, I’m a bit frustrated because I could have shot a better score, but look, I feel like I played lovely out there. There’s a lot of positives to be taken away from it.”

Padraig Harrington also was left short-changed in posting a one-over par 73 but found himself singing the praise of Norwegian-born playing partner, Viktor Hovland who produced a 69 on his Wentworth debut.

The 2020 European Ryder Cup captain’s only comment re his round of two birdies, a bogey and a very hurtful 12th hole double-bogey was admitting to feeling tired.

“I just felt really tired out there and possibly it’s to do with my off the course workload this week,” he said.

“Then if you take off the double at 12, it would have been a pretty decent score.” 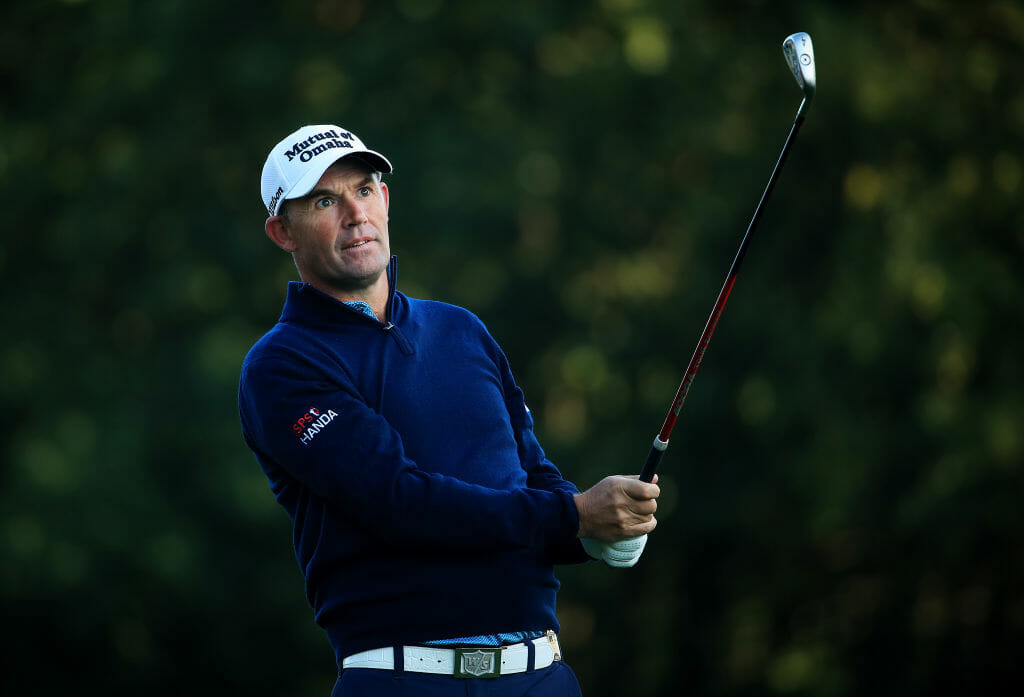 Padraig Harrington of Ireland plays a shot during the Pro-Am tournament prior to the start of the BMW PGA Championship at Wentworth Golf Club. (Photo by Andrew Redington/Getty Images)

Greystones’ Paul Dunne is no closer to the form that won him a British Masters title in signing for a disastrous eight-over par 80 to be officially last in the now 131-player field.

Dunne birdied his closing two holes but the damage had been done earlier with six bogeys and double-bogeys at nine and 15.

England’s Matt Wallace didn’t drop a shot in a blistering seven-under par 65 that included a stellar three-hole run where the World No. 26 eagled the fourth hole and birdied the next two to set the early place.