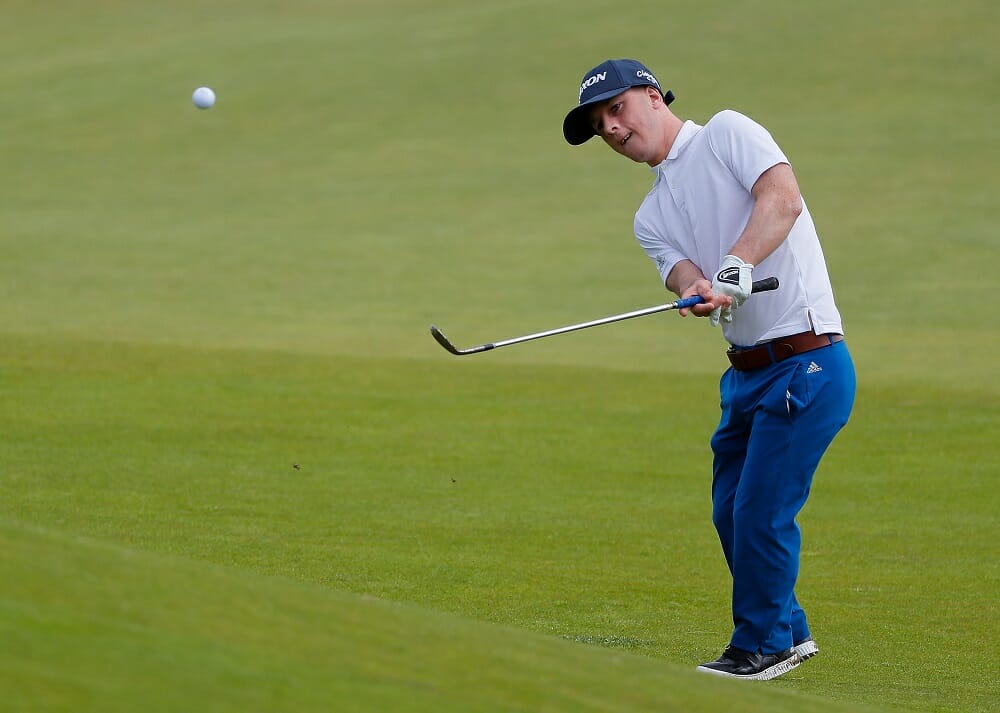 Dundalk’s Brendan Lawlor is one of six leading EDGA golfers who have qualified for the EDGA Dubai Finale, the new 36-hole tournament for Golfers with Disability that will run alongside the season-ending DP World Tour Championship, Dubai at Jumeirah Golf Estates in November.

Following on from the success of the inaugural EDGA Scottish Open won by Lawlor at The Renaissance Club and held during the Aberdeen Standard Investments Scottish Open in July, the European Tour’s drive for inclusivity within golf continues as players will once again tackle the same course setup as the European Tour professionals at the final Rolex Series event of the season.

The EDGA Dubai Finale will be staged on Friday November 22 and Saturday November 23 – at one of the European Tour’s biggest events of the year – with six players from the World Rankings for Golfers with Disability (WR4GD) now qualifying, with two wildcard invitations to be confirmed shortly to complete the field.

Alongside the EDGA Scottish Open champion Lawlor, the other qualifiers for the EDGA Dubai Finale are Englishmen George Groves and Mike Browne, Frenchman Charles-Henri Quélin, American Chris Biggins and Geoff Nicholas of Australia.

Keith Pelley, Chief Executive of the European Tour, said: “I am delighted to welcome the initial six players into the field for the EDGA Dubai Finale, as we continue our work alongside the EDGA to offer golfers with disability the opportunity to play competitive tournaments at our highest profile events.

“The EDGA Scottish Open in July was a tremendous success for everyone involved and, very quickly, everyone was talking about the ability of the golfers rather than their disability. I know that will be the case once again in Dubai in November.”

EDGA President and Head of Disability and Inclusion for the International Golf Federation, Tony Bennett, added: “The last five years have seen unprecedented growth in golf for the disabled. Evermore National Golf Federations appreciate that golf can be one of the most inclusive sports of all. Even the most profoundly impaired have an opportunity to sample, participate, or compete in golf.

“A growing body of evidence points to the benefits of a sustained period in the outdoors, the importance of both health-enhancing physical activity, and social inclusion. Golf provides these opportunities.

“EDGA applauds DP World and the European Tour for their vision to bring the EDGA Finale under the concluding event of the Race to Dubai at the DP World Tour Championship, Dubai. This Rolex Series event will provide a magnificent backdrop to celebrate the abilities of some of the finest golfers with disability in the world.”

Scoring for both tournaments will feature on the European Tour’s website and App for fans to follow, while highlights of both contests will form part of the world feed broadcast.

Category 1 – The leading six available players from the World Rankings for Golfers with Disability (WR4GD) week 36.