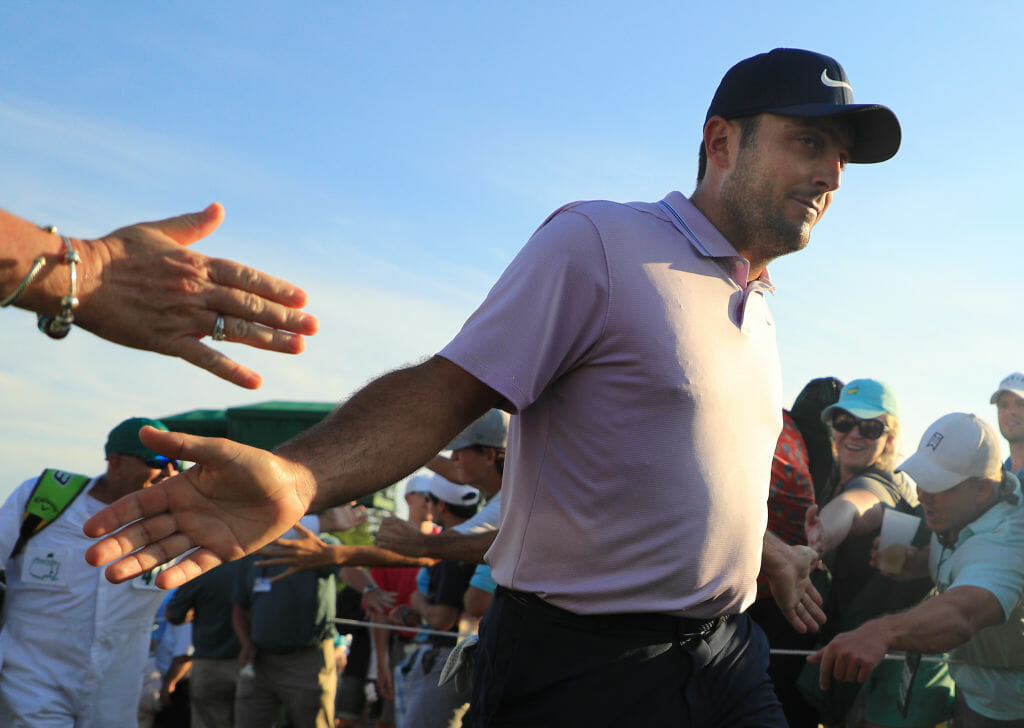 Wentworth Club (West Course), Virginia Water, Surrey, England
Par: 72 / Yardage: 7,284
Purse: $7 million with $1,166,703 to the winner
Defending Champion: Francesco Molinari
Favourite Watch
Rory McIlroy comes in as 11/2 favourite and justifiably so after winning the Tour Championship. That’s three wins and a super consistent season on the PGA Tour for Rors and he looked sharp with a T2 in Crans last time out. Has five top-10’s from eight starts at Wentworth including a win in 2014 and a T2 here last year when his eagle putt at the last stopped one roll short.
Of the favourites, I’m intrigued to see how Tony Finau goes from 20/1. It’s his debut at Wentworth but he has the length and accuracy to contend and is in form after consecutive top-10’s in The Playoffs.
Doc’s Top 5 Each Way Best Bets
Tommy Fleetwood 22/1
This season so far might not have been super for Tommy but it may just be that he’s timing his run perfectly with huge money to be won in October and November. T11 at the BMW Championship and T16 at the Tour Championship on the PGA Tour were solid and a T8 at the Omega European Masters last time out was another step in the right direction. Best of T6 in 2015 from seven appearances at Wentworth but could sneak into a place this time around.
Matt Fitzpatrick 28/1
A week to forget last time out with a T69 in Crans when going for the hat-trick of wins sees Matt come to Wentworth with something to prove. T4 at the WGC St. Jude and solo second at the Scandinavian Invitational suggests he’s playing well and maybe he’ll benefit from being out of the limelight this week. Improved his finish each time he’s played here and was T8 last year.
Francesco Molinari 28/1
Even more than the horse for the course, Fran is the Italian stallion for the course! Yes the bookies will point to poor form at the end of the PGA Tour season, but Fran still has the Arnold Palmer trophy to show for his year.  A prodigious practicer, enough time has past to get things right for a tilt at Wentworth where he has six top-10’s including a win in 2018 and solo second in 2017.
Erik Van Rooyen 35/1
I’ve been making the case for Erik a lot this season and he finally got his win at the Scandinavian Invitational. That victory is now sandwiched into five top-20 finishes where Erik’s consistency over driving, irons and putting is up there with the best in the world. He’s up to 60 in the world rankings and knows a big week at Wentworth can propel him to the big time. Rested since a T12 in Crans. He’ll be in the mix.
Bernd Wiesberger 40/1
One of my favourite players on Tour and I’m delighted to see Bernd Wiesberger injury free and playing his best. Winner in Denmark and Scotland already this season and warming up nicely for a big finish with a solo 5th last time out at the Porsche European Open two weeks ago. Missed the event last year and while it’s only his third Wentworth start, I think he’ll have a say this time.
Long Odds Glory Shots
Rafa Cabrera Bello is listed at 60/1 with the bookies.  That’s long odds for the Spaniard who on his day is a world class operator.
Matthias Schwab at 66/1 comes in off three consecutive top-8 finishes including a T2 last time out in Hamburg. In form.
Sam Horsfield is at 100/1 after a poor weekend in Holland but he’s playing great golf right now and if he manages his game is a threat here after a T15 on his debut in 2018.
Dean Burmester at 250/1 will grip it and rip and its mighty craic to watch! T12 and T9 in his two starts at Wentworth proves the philosophy works! T3 in the Scandinavian Invitational recently.