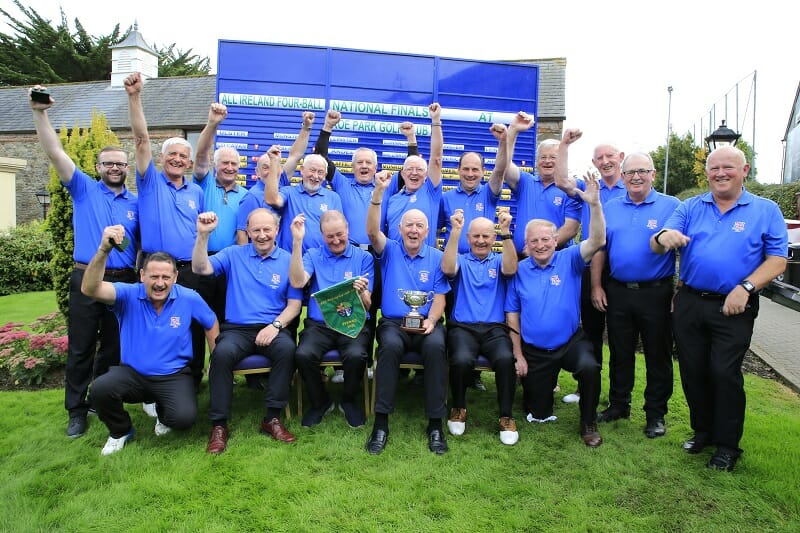 Limerick captured the All-Ireland Fourball Inter Club Championship on Sunday at Roe Park, defeating a valiant Ardee side by 3 matches to 2.

Limerick duo Paul Byrnes and Maurice Hickey, fresh from winning by 9&7 in their semi-final match on Saturday, continued their sensational form into the final, accounting for Fergus Duff and John Clarke by 8&7. Eamon A Grimes and Pat Lee would add Limerick’s second point in the top match beating Keith Taaffe and Noel Malone by 2&1.

Ardee rallied with Raymond Brady and Brendan McConnell securing the Louth side’s first point in a 4&3 win over Gerard Gleeson and Gavin Cross. A tense and dramatic conclusion was on the cards when Eamonn Young and James Garland eked out a 1 hole win over Ger Naughton and Edgar Ahern.

After starting with over 300 clubs in the competition, at two matches apiece in the final it came down to the last match which finished all-square after 18.

Ardee’s Thomas Goslin and Louise Taaffe were up against Limerick pair Michael Ahern and Hugh Conlon.  A superb approach by Conlon to the first play-off hole and a two putt par was enough for the win and gave Limerick their first win in this championship.