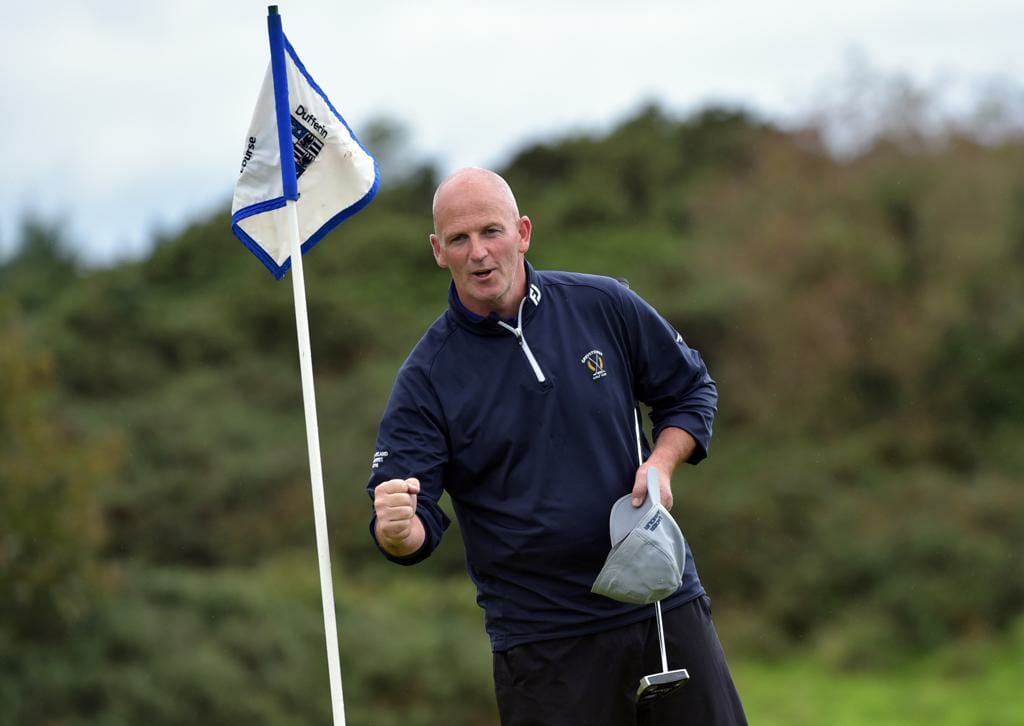 Greystones amateur Alan Condren fired a superb one-under par round of 71 to sit just one shot off the lead heading into day two of the European Senior Men’s Team Championship at Rungsted GC, Denmark.

Condren recovered from a bogey at the first to fire four birdies in total and heads the Irish challenge with Banbridge’s Jim Carvill, Steve Graham out of East Sussex National and Castlemartyr’s John O’Brien all in touch after rock solid plus-one rounds of 73 to share 18th overnight.

Ballybunion’s Peter Sheehan is just one shot worse off after posting three birdies in his two-over par 74 while Douglas’ Karl Bornemann has work to do after posting a four-over par 76 on day one.

Ireland’s individual exploits see them leading the team championship by two strokes with Bornemann’s 76 discarded as Ireland’s best five scores accounted for a leading tally of 364.

The European Senior Men’s Team Championship is conducted by the European Golf Association (EGA) and players must be 50 years or older.