Leinster land yet another Interpro title at Tullamore 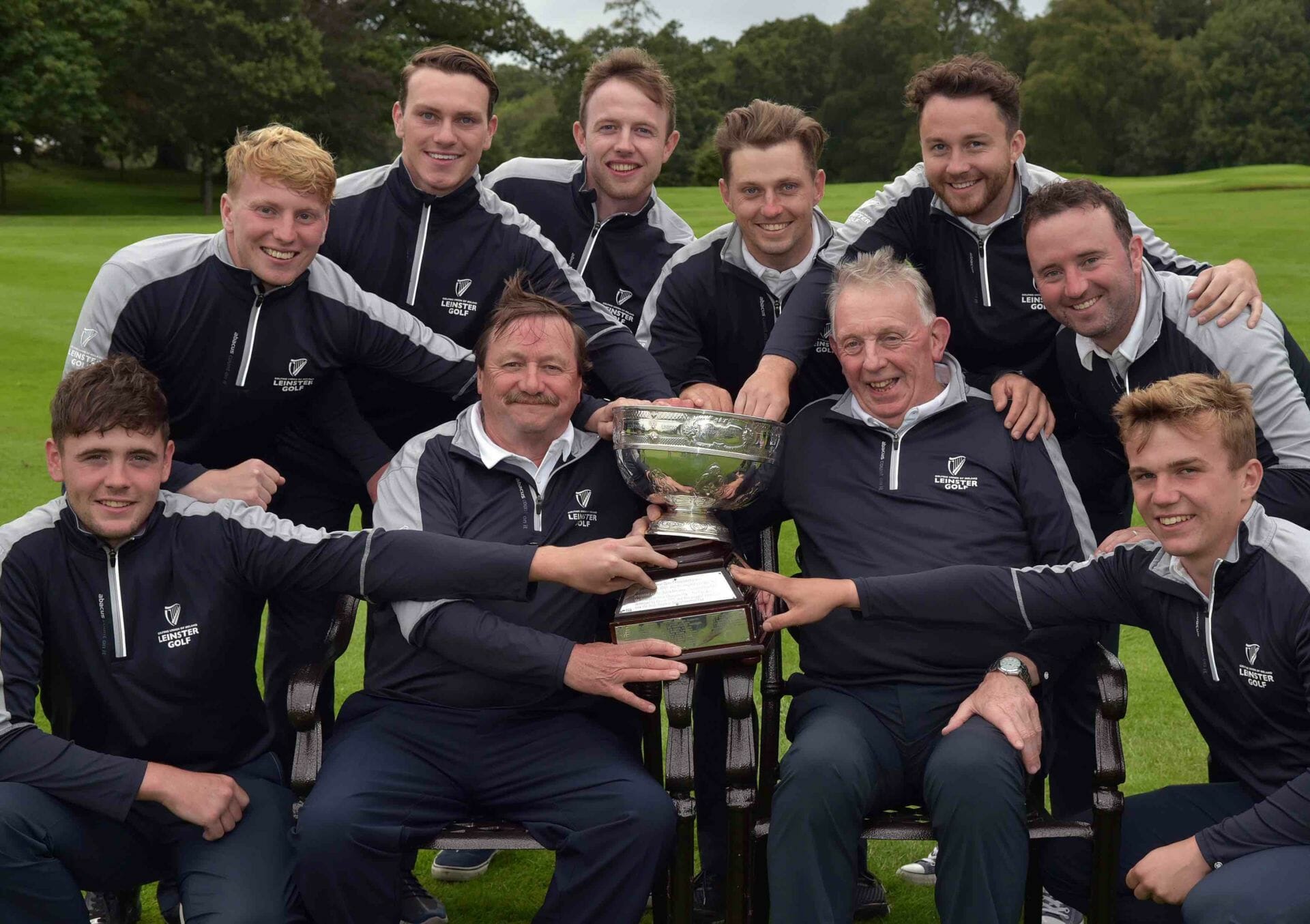 The winning Leinster Team at the Inter-Provincial Championships at Tullamore (Photo: Cashman Photography)

Normal service resumed on Friday in Tullamore as the Leinster juggernaut claimed a fourth Interprovincial Championship in five years despite losing to Connacht on the final day.

Comprehensive wins against Ulster and reigning champions, Munster, meant that Leinster only needed three points to take the trophy. Connacht put up a mighty fight on day three but their 7-4 success was not enough to deny their eastern rivals.

“It feels great to be back in the winning enclosure after losing out last year,” said the winning captain, Seamus McParland. “I’m absolutely delighted for the team. A great performance on the first two days. We had the hard work done.”

An incredible haul of 10 points from the foursomes propelled Leinster. The champions whitewashed Ulster and Munster in the pairs format and finished the week as champions by virtue of their superior match points total.

“One of my theories in team golf and amateur golf, if you get your foursomes right and get points on the board, it takes a fair bit of the pressure off the singles performance,” McParland explained. “It helped us this week to win the Interprovincial Championship.”

Leinster’s lead pairing of Rob Brazill and Rowan Lester delivered three wins. Lester, the only unbeaten player, also finished as leading points scorer with five wins and one half. The 23 year old from Hermitage beat Allan Hill in his final match, making six birdies during his round to record a 2&1 success. 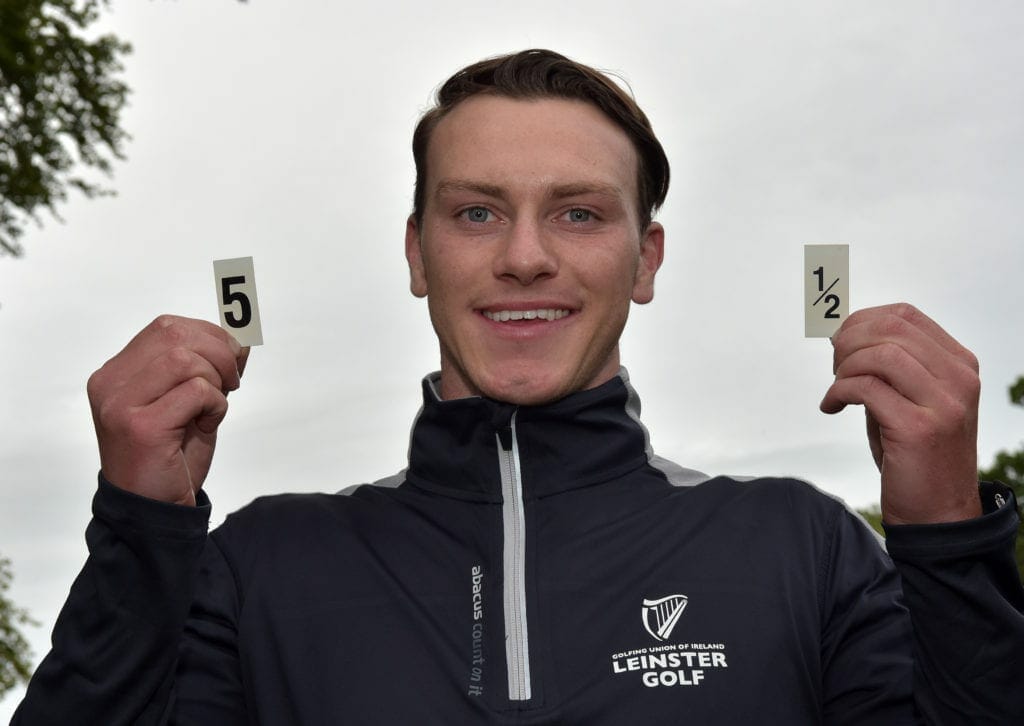 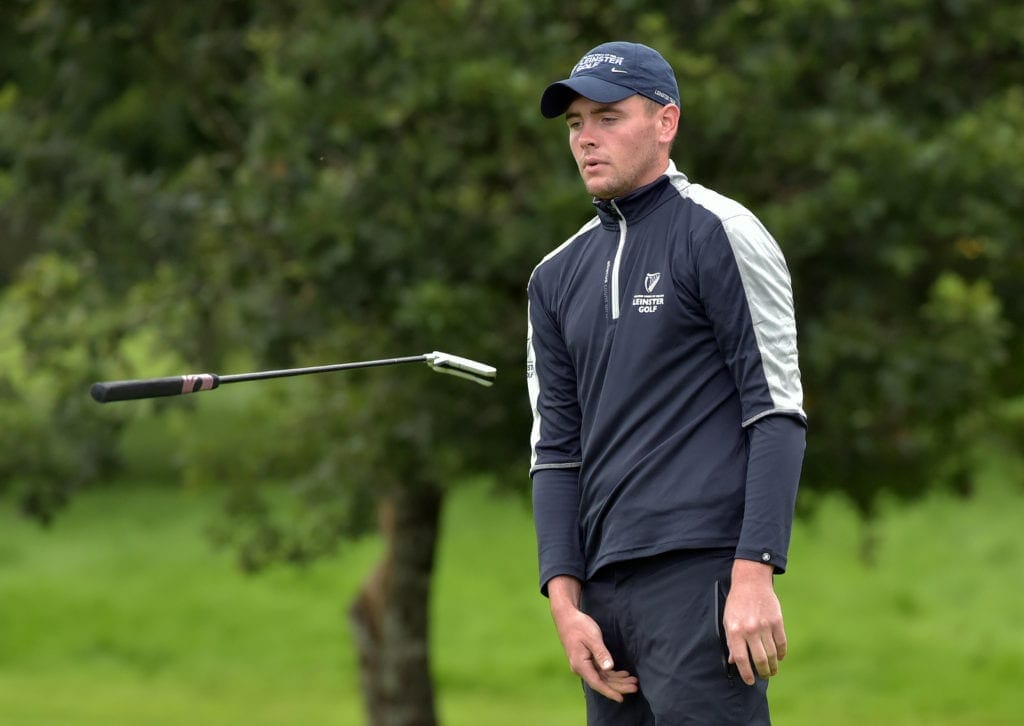 Robert Brazill (Leinster) reacts to a missed putt on the 15th green during the final day of the 2019 Interprovincial Matches at Tullamore Golf Club today (30/08/2019). Picture by Pat Cashman 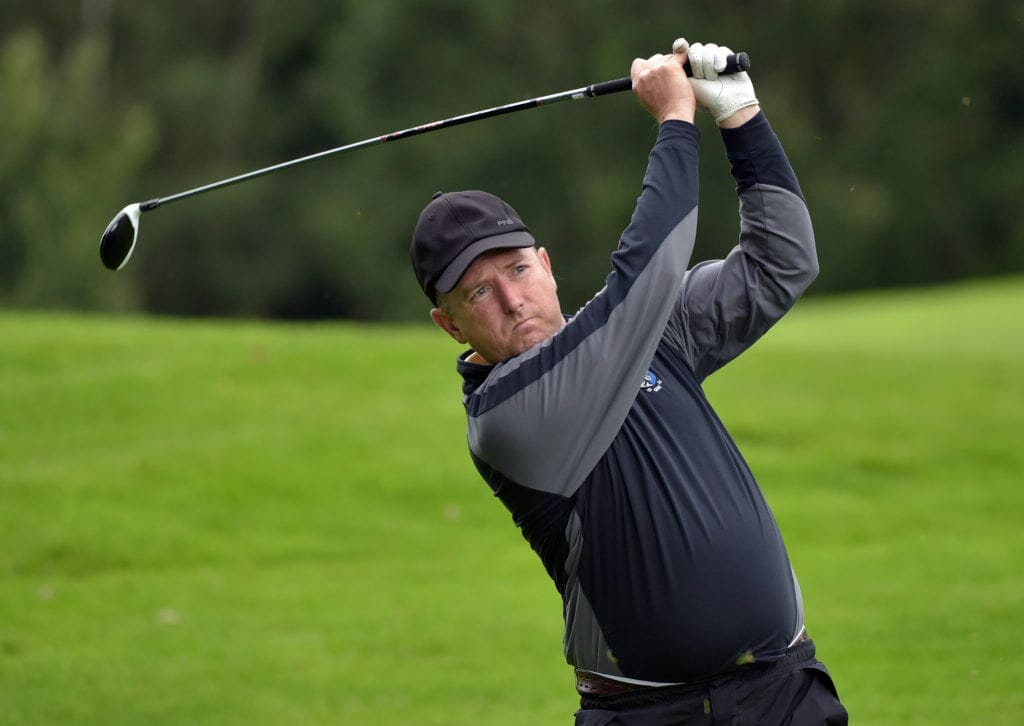 Joe Lyons (Connacht) driving at the 15th tee during the final day of the 2019 Interprovincial Matches at Tullamore Golf Club today (30/08/2019). Picture by Pat Cashman 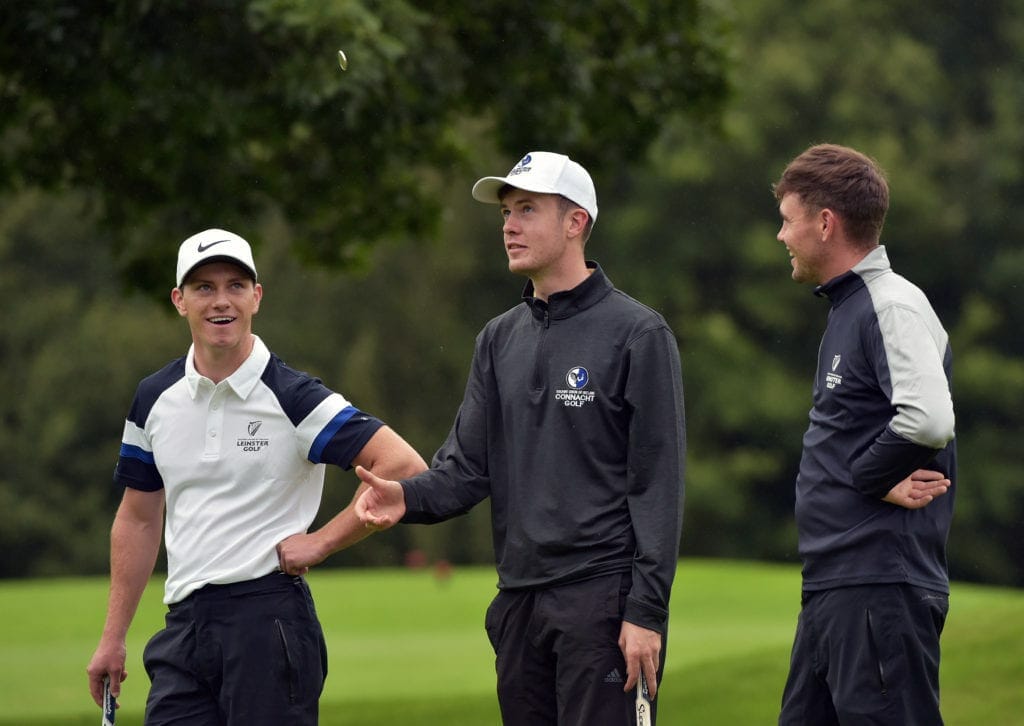 Harry Gillivan (Connacht) tossing the coin to see who putts first with Rowan Lester and Robert Brazill (Leinster) during the final day of the 2019 Interprovincial Matches at Tullamore Golf Club today (30/08/2019). Picture by Pat Cashman 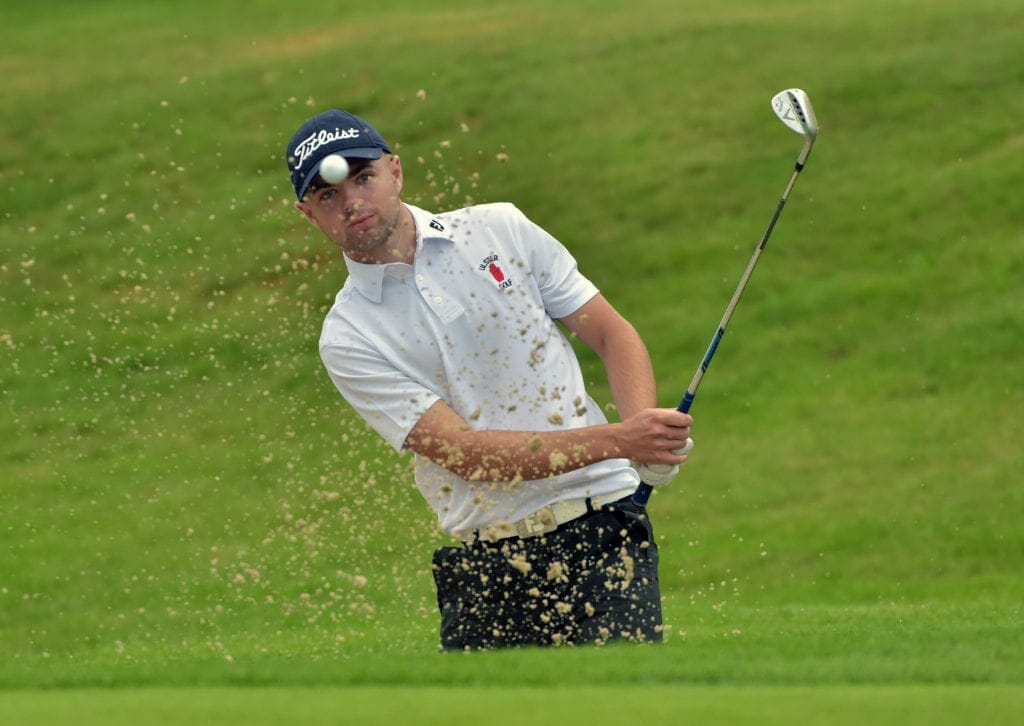 Reece Black (Ulster) bunkered at the 14th green during the final day of the 2019 Interprovincial Matches at Tullamore Golf Club today (30/08/2019). Picture by Pat Cashman 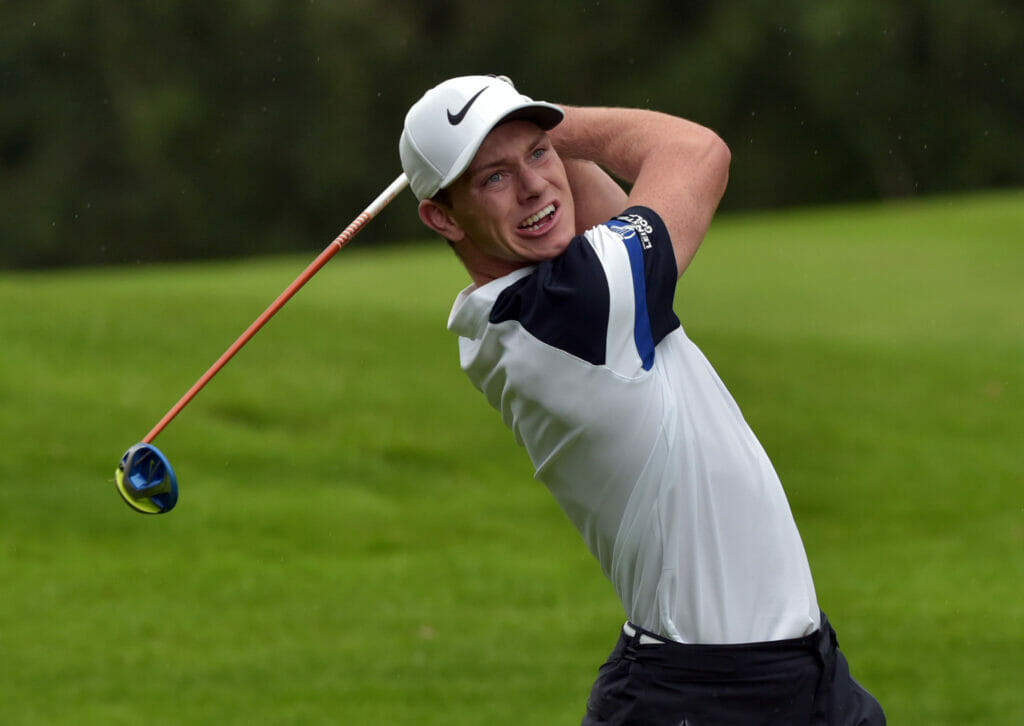 “I was just saying to the boys before the start of this week, I think every Leinster team and every Irish men’s team I’ve been on, we haven’t lost,” Lester noted. “Maybe the boys get good entertainment out of me.”

Brazill had the honour of clinching the decisive point for the champions. Level at 2-2 against Connacht following the morning foursomes, Leinster were guaranteed to be champions when Brazill took down Sean Flanagan 6&5 with a winning birdie on the 13th.

“It’s been a very satisfying week,” Brazill reflected. “It would have been nice to get six out of six but five points will do. Myself and Rowan were really good in foursomes.”

For Brazill, victory with Leinster marked a first having tasted defeat on his debut last year.

“I wanted to be on a winning interpros team,” he revealed. “Munster had a serious comeback against us last year.”

The defending champions had a week to forget in Tullamore, losing all three matches. Munster went down 9-2 to Ulster in their final encounter. Ulster led 3-1 from the foursomes and won six of seven singles. Colm Campbell led the way for the northern province, winning five points from his six matches including three from three in the singles.

TJ Ford was the leading points scorer for Connacht with five while AIG Irish Close champion Ronan Mullarney produced a perfect return from the singles. The week belonged to Leinster though as they regained the interprovincial crown.

“We didn’t do five in a row,” team captain Seamus McParland lamented. “We did four out of five, which is not bad.”