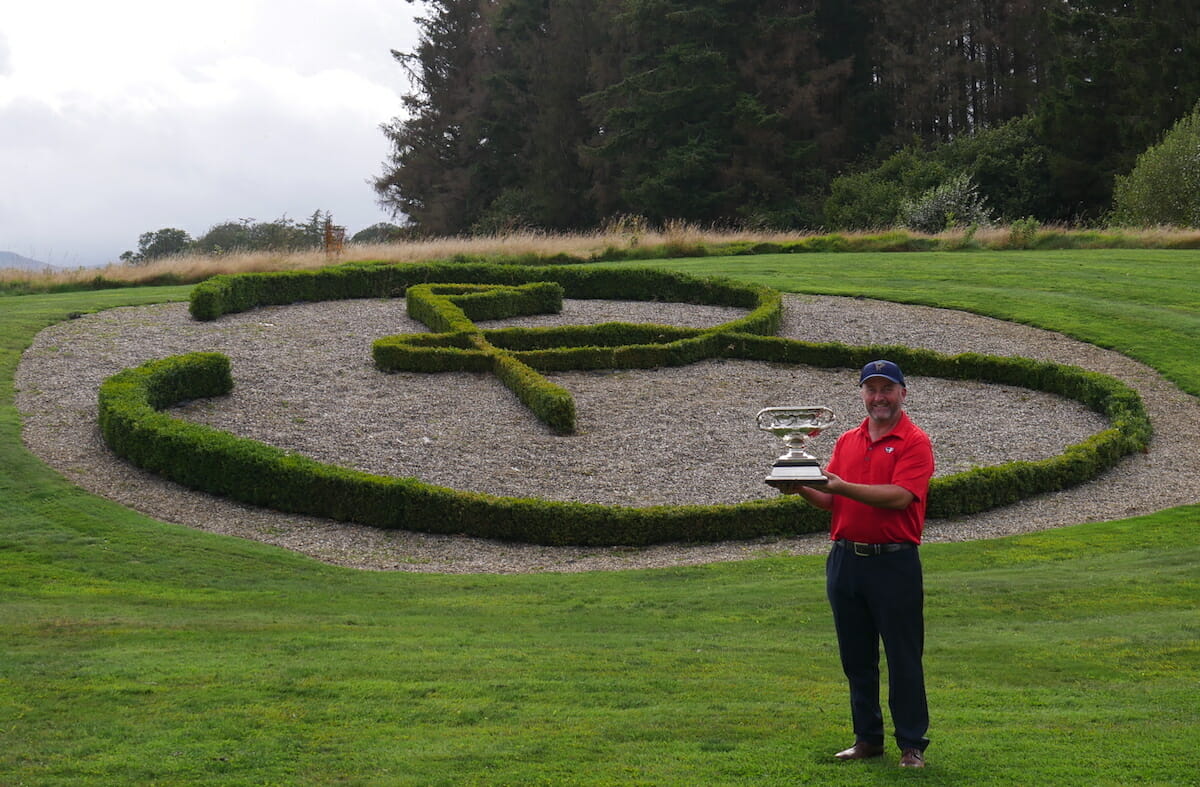 Damien McGrane is optimistic that his one-shot victory in the 109th Irish PGA Championship at Bunclody Golf and Fishing Club might prove the catalyst to a second coming for the seasoned campaigner.

McGrane, the 2016 Irish PGA Champion, held off a spirited fightback from Michael McGeady (Evolve Golf Coaching), who posted a final round, best of the week, 64 to secure a well-received win. It’s not that the victory came from nowhere; McGrane has repeatedly provided reminders of his ability over the last number of weeks, but it comes after a spell of near-disinterest between McGrane and the game of golf he once loved, a feeling he’d dearly love to recapture following his latest triumph.

“My interest in the game has been low, unfortunately,” McGrane admitted after his win. “I’m hoping that as I get closer to 50, that my motivation will make me want to start playing a lot more. It will hopefully encourage me to start practicing, hit a few shots and get my game even better than what it is at the moment.”

Thoughts naturally turned to the prospect of the 48-year old trying his hand at Staysure Tour golf given his obvious retained ability for playing the game at an elite level. Yet, for McGrane, simply having the game isn’t enough to warrant his second coming, he needs to want it too.

“It would be nice to want to play,” he added. “Right now, I’ve no interest but at least then it will hurt if I don’t play well whereas right now, either way, it doesn’t really worry me. I’m hoping – taking Jimmy [Bolger] who I played with today – he loves golf , loves the game and all aspects of it. He wants to go and hit balls and practice every day. Unfortunately, I’m not like that at the moment but I’m hoping I’ll get the bug back.”

McGrane’s success was built off the back of his brilliant second round 67 (-5) that included a closing run of five birdies in a row. A consistent performer across the regional circuit despite limiting his playing and practicing time since taking up his post at Carlow Golf Club, it was proof enough to the Kells man that there’s plenty more good days lying in wait on the fairways should he have the desire to pursue them.

“It’s a reward for sure,” he concluded. “I’ve generally confidence in myself and I know what I’m trying to do. And generally, if I’m on form, I can play golf to a good standard. It was nice to do it this week. To win the Championship for a second time makes me feel like I can do it again in the future.”