McIlroy returns to Swiss Alps seeking the one that got away 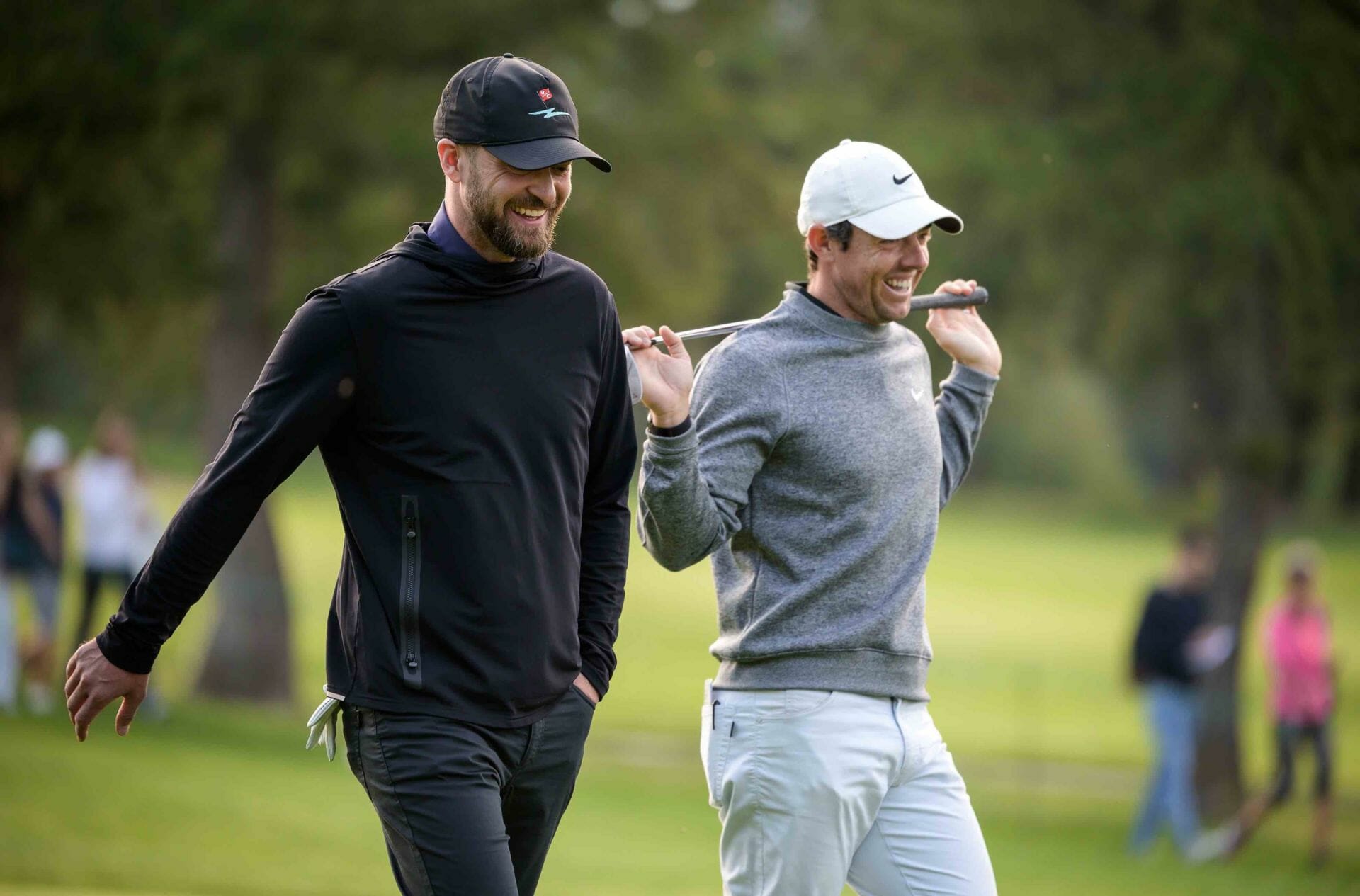 Eleven years on and Rory McIlroy has returned to the Omega European Masters high in the Swiss Alps looking for the one that got away.

McIlroy first played the Crans-sue-Sierre course in 2008 but the memories of that week when letting slip a first pro victory remain as fresh as the Alpine air.

McIlroy was ranked a then 172nd in the world, 170 places lower than his current ranking having moved up a place from No.2 in brilliantly capturing last week’s PGA Tour season-ending Tour Championship.

Back in 2008 the then curly-haired McIlroy was leading by a shot heading up the 72nd hole but missed a five-foot putt for par to send the event into a play-off with Frenchman Jean Francois Lucquin.

Then at the first extra play-off hole McIlroy had just a wedge into the green but ‘cooked’ his approach shot through to the back of the green, handing Lucquin his only Tour win.

“Looking back, I had a wonderful opportunity to win my first event on Tour here,” said McIlroy.

“I was leading going into the last day, had a one-shot lead playing the last and wasn’t able to make par from there. Was beaten in the play-off.

“It’s still to this day the one event that I think of that I would like to re-do – get a mulligan.”

McIlroy returned a year later to finish seventh while he was third in both 2011 and 2012 and has returned clearly feeling as though he’s owed a Swiss Masters title.

“It would have been nice to go home with the trophy but I have plenty more tournaments even this year,” said McIlroy.

“It would be great to get a win this year but if not I have the rest of my career. C’est la vie.

The now 30-year old McIlroy has been coerced back to the Swiss Alps on a deal with Omega after missing this year’s similarly-sponsored Dubai Desert Classic.

And instead of EasyJet to Geneva as was the scenario in 2008, he arrived earlier this week via private jet from Atlanta accompanied by his wife and her parents.

“The first time I was here I fell in love with the place, the people, the atmosphere,” he said. “I’m glad that it worked out this year that I could be here. I would like to give myself another chance at least.

“My wife and her parents are here this week so it’s nice to show them around. They had never been here before. They went to Zermatt today, went up to the glacier yesterday.

“I still have a golf tournament to play so I can’t do it all with them but it’s been fun. Being able to walk from the hotel to the first tee is nice. Just the atmosphere of the village is nice.”

That all bodes well for a run of events in Europe with McIlroy also committed to joining Open Champion, Shane Lowry at the BMW Championship next month in Wentworth before teeing up at the Alfred Dunhill Links, the HSBC Champions and the season finale in Dubai.

This week he’ll have plenty of familiar faces hanging out around the clubhouse too with his Ryder Cup captain, Harrington joined by Paul Dunne and Gavin Moynihan in a strong field.

Moynihan will look to make amends for a Sunday 74 last week in Sweden that saw him tumble 42 places down the leaderboard into a tie for 47th. Dunne missed the cut by nine shots at that event while Harrington comes in fresh after a week off.