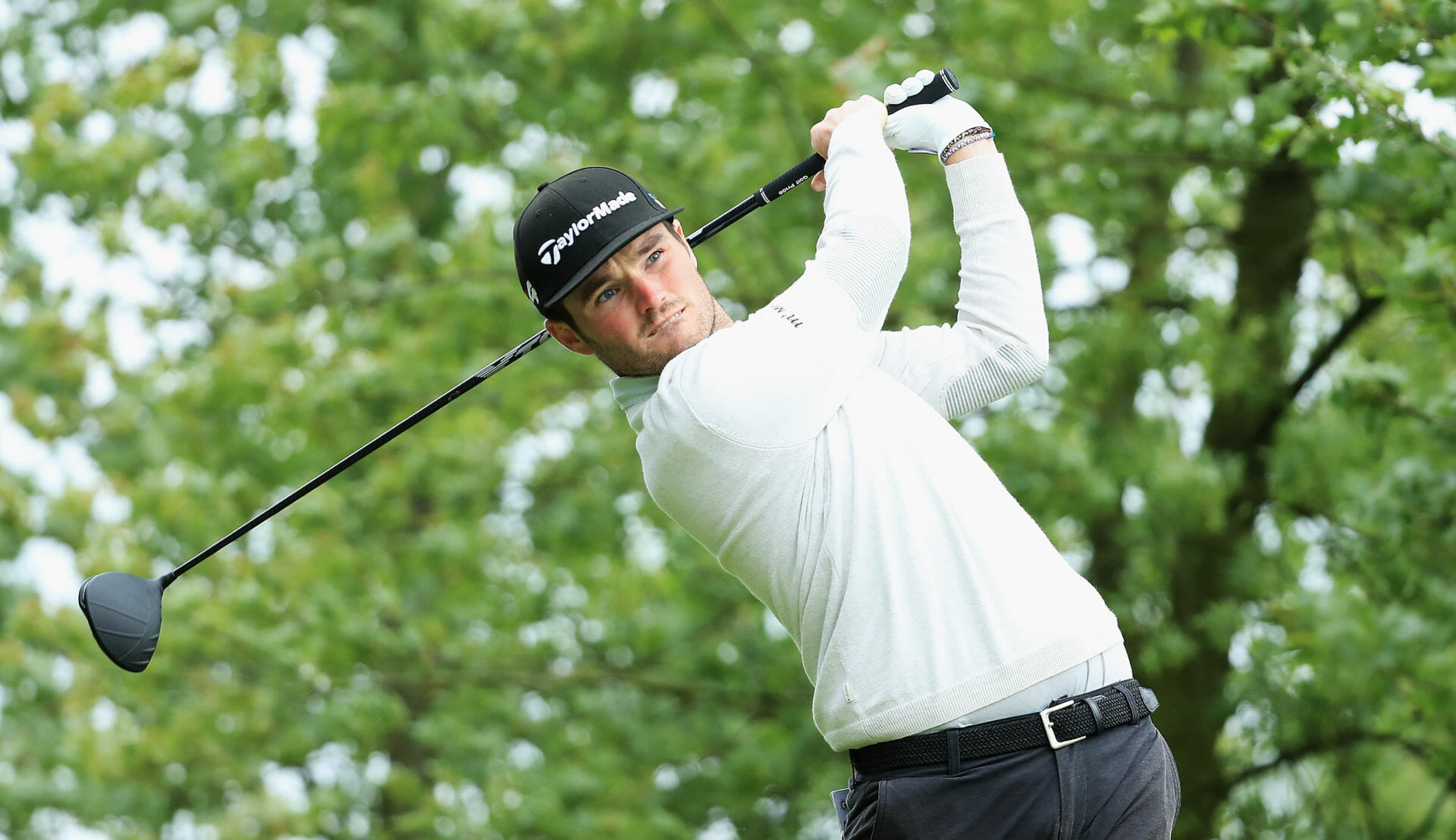 Sharpshooter, Cormac Sharvin will carry much of the weight of home expectation as he continues to stake his claim for European Tour graduation after a superbly consistent campaign thus far.

The Ardglass professional looks like he is well-equipped to deliver his first European Challenge Tour victory after an impressive stretch of form which has seen him claim five top-10 finishes in his last eight outings.

He will be hoping a return to home soil will provide the opportunity he needs to convert his form into a winning performance at a venue he historically performs well at, having recorded a top-10 finish at Galgorm Castle when the Challenge Tour last visited the venue in 2018.

In addition to a sixth and fifth place finish in his last two starts, Sharvin has already demonstrated he has all the goods to perform on the biggest stage, finishing as the leading Irish player at the Dubai Duty Free Irish Open at Lahinch in July. The 26-year old currently occupies 9th place in the Order of Merit standings, with the top-15 at the end of the season earning their Main Tour stripes for next year.

Joining Sharvin in the field is Cavan’s Leona Maguire who reigned at the summit of the amateur game for a record-breaking 135 weeks, capturing many of the biggest accolades in the unpaid ranks during that time, including the 2017 Ladies’ British Open Amateur Championship and the ANNIKA Award for the best US collegiate golfer.

A two-time Curtis Cup player, the rising Irish star also competed in the 2016 Rio Olympics as an amateur, finishing in 21st place.

The 24-year-old has continued her winning ways since making the switch to the paid ranks alongside her twin sister Lisa last summer, clinching her first professional title at the Windsor Golf Classic before doubling down with victory number two at the Symetra Classic at River Run.

Despite narrowly missing the cut at last week’s Scottish Open, Maguire will be going in all guns blazing to impress her legion of fans back on home turf.

“It should be a great week. The last big event I played at home was Curtis Cup and that was three years ago now. It will be nice to play in front of home crowds again. I’m sure there will be plenty of people out to support, there always is.

“I remember the crowds at Killeen Castle were huge, there should be a great atmosphere, playing for equal prize money is also a big thing, I’m looking forward to it.”

With a small army of Irish professionals taking their chance, including the likes of Tulfarris’ Simon Thornton and Jordanstown’s Stephanie Meadow, Challenge Tour regulars in Tramore’s Robin Dawson, Tullamore’s Stuart Grehan, Ballymoney’s Michael Hoey and West Waterford’s Gary Hurley plus many more, hopes are high that a home challenger or two can emerge from the pack to contend for the title.

There’ll also be no shortage of interest for Ireland’s competing amateurs this week who’ll harbour their own expectations, with the likes of Warrenpoint’s Colm Campbell, Massereene’s Tiarnan McLarnon and Galgorm Castle’s Josh Hill all sure to draw a crowd as they look to spring an upset.

Yet perhaps the most intriguing amateur acquisition to the field is 22-year-old swinging sensation, Brendan Lawlor who has been in relentless form of late having recently won the inaugural European Disabled Golf Association’s Scottish Open the week before The Open at Royal Portrush.

“I believe this will the first time a disability golfer will compete on the same stage over the same course as the professionals in a Challenge Tour event. That should generate a good bit of interest,” said the Dundalk scratch golfer.

“It will be a fun week for me. No pressure, just go out and enjoy it and it’s a great opportunity to showcase disability golf and how good it is.”