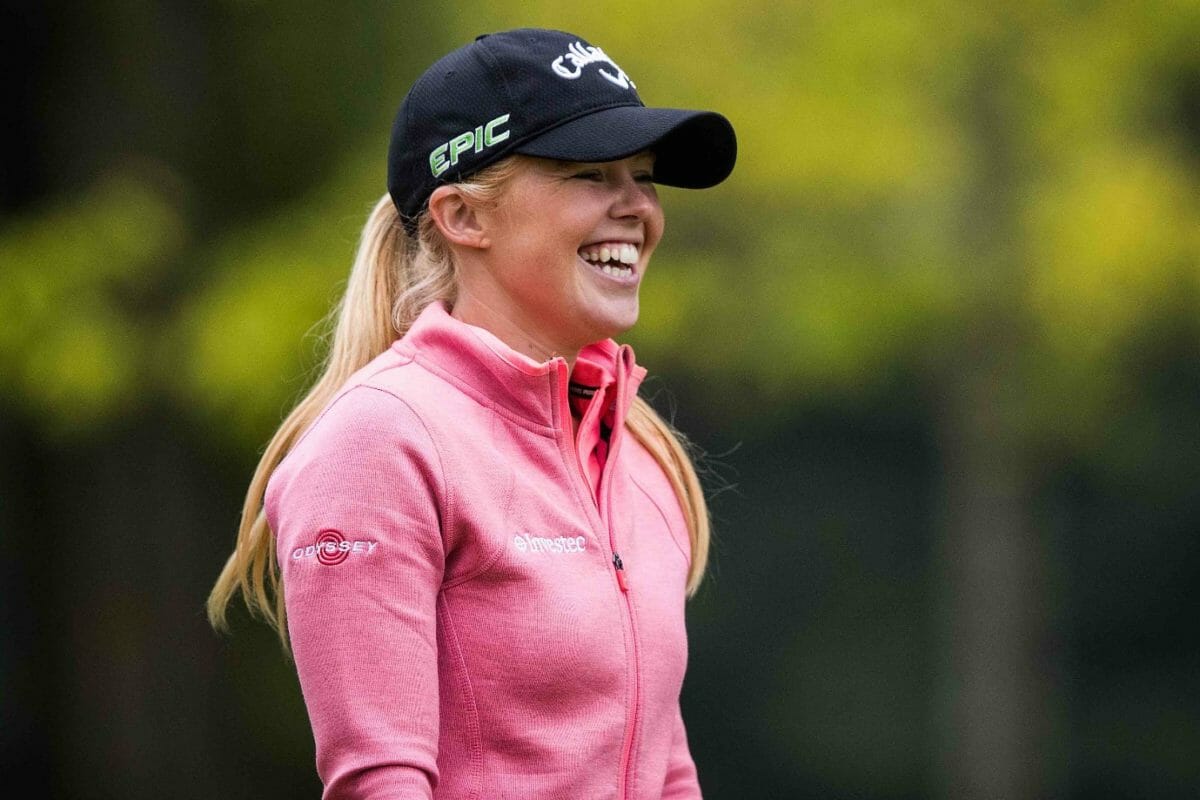 Stephanie Meadow is hoping that her recent upturn in fortunes Stateside will translate to home turf when she takes her chance at this week’s ground-breaking ISPS HANDA World Invitational Men | Women, Presented by Modest! Golf Management.

The Jordanstown professional returns to the familiar terrain of Galgorm Castle and Massereene Golf Club as the stars of the women’s game and the men’s Challenge Tour compete for equal prize money in Northern Ireland.

Meadow has endured a difficult time of things on the LPGA Tour and finds herself hovering outside the top-100 on the money list. However, there’s been signs of life of late with Meadow managing to secure two consecutive top-11 finishes before last week’s missed cut at the Scottish Open.

The Northern Irishwoman will be hoping to put that blip behind her this week and continue to build on a much-improved mentality on the golf course that has served Meadow so well on a first appearance as a pro on home soil for the bubbly pro.

“I’ve had a couple of high finishes in the last two weeks and I think my game is in a good place,” said Meadow. “I went to a different sport psychologist earlier this year and she has helped me rediscover my fire as I’m not one of those players who can stay level and keep calm.

“I think that comes culturally from where I’m from, but I think I need to have that determination and high energy to play my best golf. I was feeling like a bit of a walking zombie before, but now I’ve made that switch things are improving.”

No wonder then that Meadow is so excited with the timing of her return home to the World Invitational, another brainchild of ISPS Handa, as they continue their mission to plug the gender gap in sport.

“I played in the Vic Open in Australia earlier this year, and although it was slightly strange to have men there at first, it was really cool to be able to talk to the guys as there’s so much we can learn from each other,” said Meadow.

“It will be the first time that I will play in my home country and it’s so close to home for me. My cousins have been seeing me on billboards outside their house, so to have my family there and supporting me is going to be really special. Girls in Northern Ireland have never been able to see female pro golfers compete in an event at home before, so it’s hopefully going to have a big impact on the next generation too.”