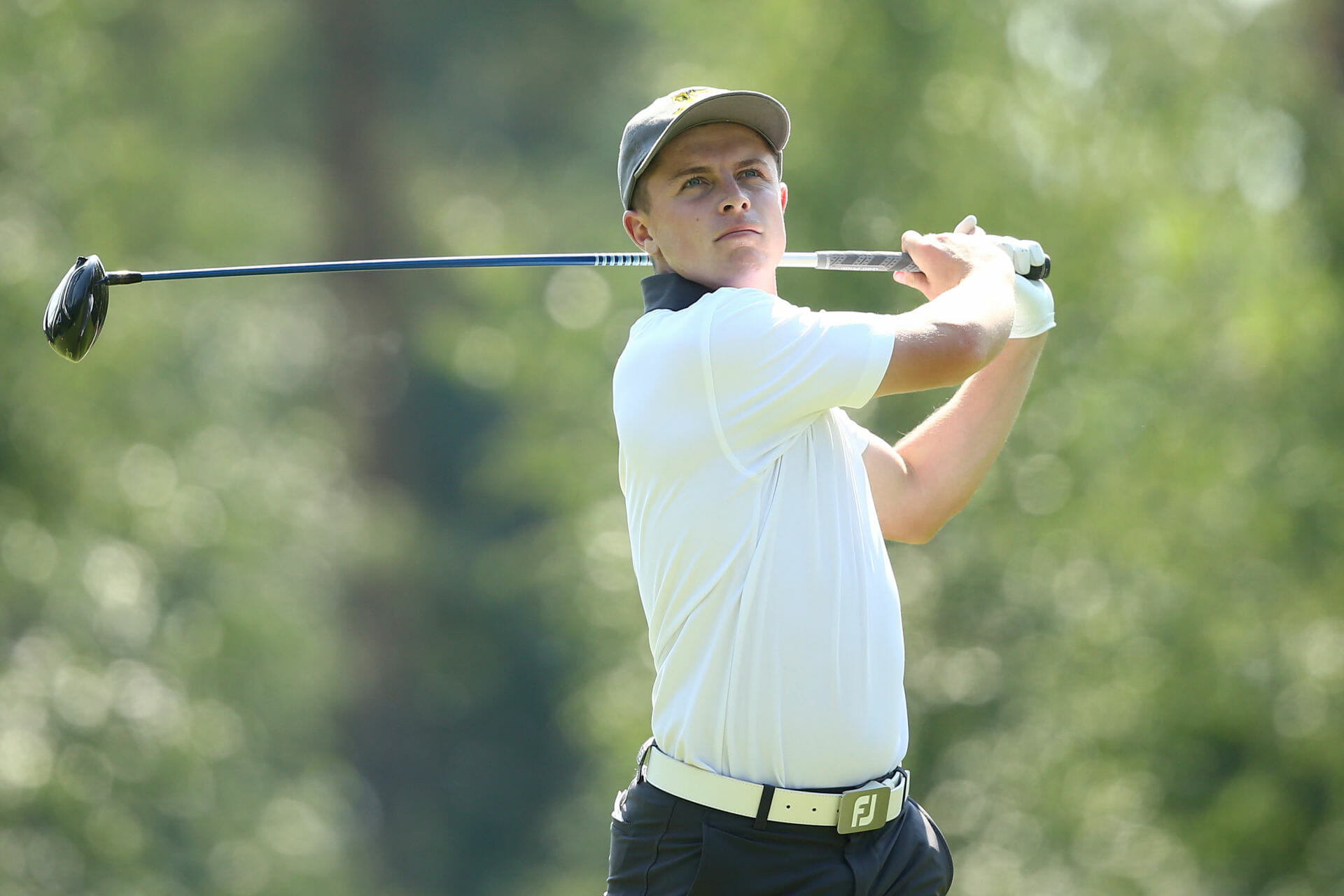 Portmarnock ace, Conor Purcell leads the Order of Merit ahead of this week’s penultimate event of the season – the AIG Irish Amateur Close at Ballybunion.

The 21–year old Dubliner holds a 22-point advantage at the top with Robert Brazill (Naas) lying second. Brazill, chasing his first Irish cap by hoping to finish inside the top three, is five points clear of Keith Egan (Carton House). Egan moved ahead of Colm Campbell (Warrenpoint) on the table following his run to the final at the South of Ireland last week.

Although losing out to Sean Desmond of Monkstown by one hole, Egan’s runner-up finish may yet prove decisive when it comes to securing selection for the Home Internationals. The 26–year old Kildare native gains an automatic pick if he remains inside the top three. His impressive displays at Lahinch, host venue for those international matches from 11 to 13 September, were timely.

Brazill bowed out in the first round at the South but consistency has been the trend for the Naas star this season. He has four top-10s in domestic events and could well top the Bridgestone table after the AIG Irish Close at Ballybunion, which begins on Saturday. The big hitting 22-year old, provided he progresses to the match play stage, benefits from the absence of Purcell and Egan at the Close.

A win in Ballybunion for Brazill, who won the West of Ireland last year, will give him an unassailable lead at the top of the Bridgestone table with one round remaining. Outside the top three, permutations abound. Warrenpoint’s Colm Campbell, returning to form after an injury ravaged season in 2018, overtakes Egan with a first round victory.

Balbriggan’s Robbie Cannon is defending champion in Ballybunion, having won this crown at The European Club twelve months ago. Massereene’s Tiarnán McLarnon, Close champion in 2015 at Tramore, is another former winner in the field. McLarnon lies 10th on the Bridgestone table.

Current international Ronan Mullarney from Galway is fifth on the table with a fine track record in match play. He reached the quarter-finals of The Amateur Championship at Portmarnock in June. Ireland teammate, Mark Power from Kilkenny, is the top ranked player in the field at number 90 on the world amateur list and has the chance to bring another Close trophy home. His father, Eddie, won this championship three times (the last of them in 1998 at The Island) while mum Eileen Rose also has three such titles to her name.

Kinsale’s John Murphy, winner of the St Andrews Links Trophy in 2018, is alongside Power and Mullarney for the qualifying rounds. After 36 holes of stroke play, the top–64 progress to the match play stage, which commences on Monday 5 August.

The AIG Irish Amateur Close is the ninth of 10 events in the Bridgestone Order of Merit. The series concludes at the Mullingar Scratch Trophy from 10 to 11 August. The top three players at the end of the season earn automatic selection on the Ireland team for the Home Internationals, which will be staged at Lahinch from 11 to 13 September.

BRIDGESTONE ORDER OF MERIT – TOP TEN (AFTER SOUTH OF IRELAND)