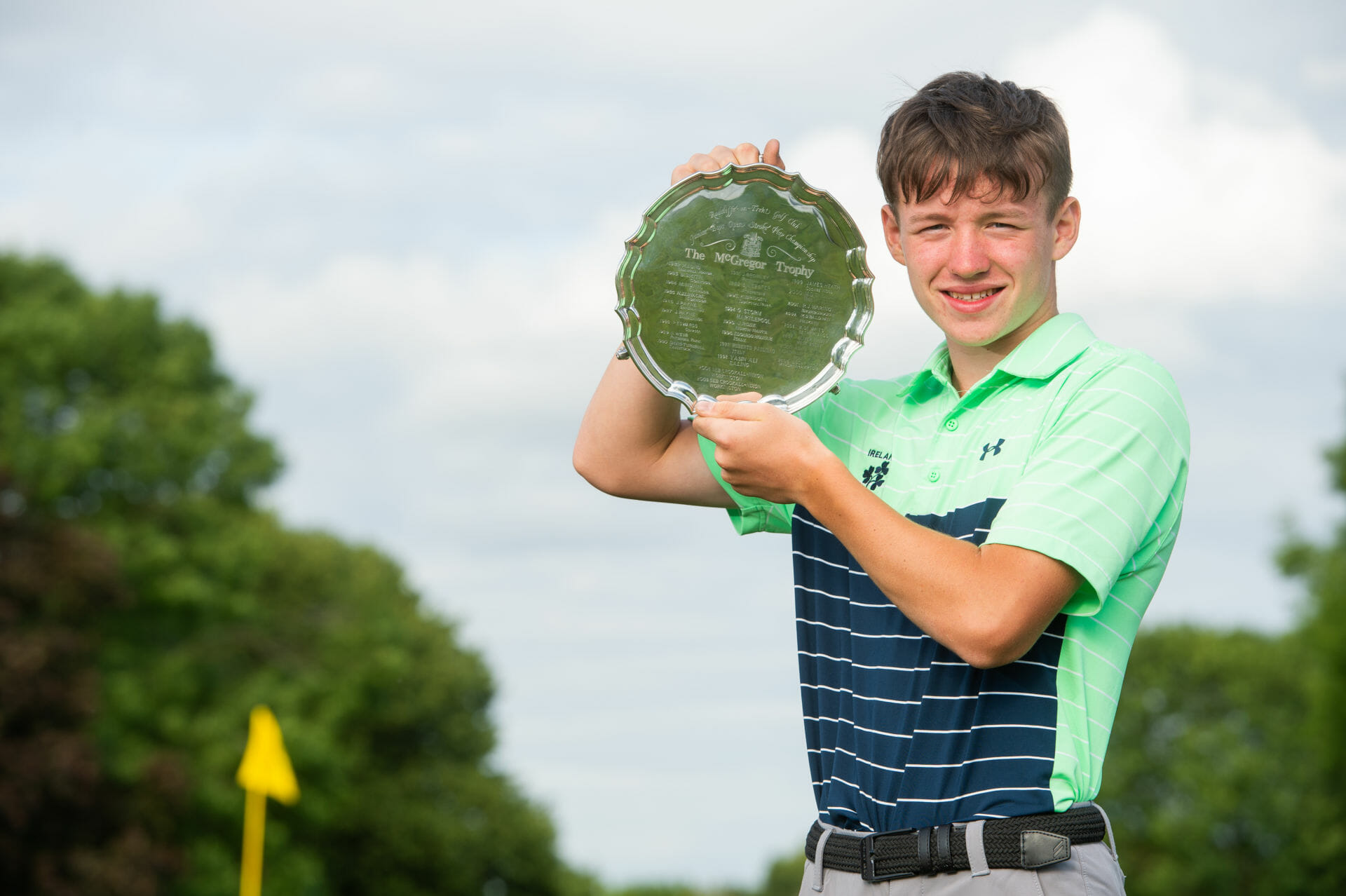 The 15-year old, who led after a blistering course record 64 in round one, took full advantage of Scottish U-16 Champion, Cameron Adam’s troubles to post an even par round of 70 that proved enough to take the English U-16 Boys’ title.

It was sweet revenge for Hill who finished third behind the Scot at last week’s event in Scotland at Royal Burgess while it was the second time the Antrim star tasted victory this year following his Leinster Under 16 Boys’ success at Beaverstown.

Hill’s four-under par tally was enough to see him finish one shot clear of Adam and three in front of Spain’s Eduardo De los Rios.

Edmondstown’s Liam Abom finished next best of the Irish in a tie for 15th at six-over par with Lee Valley’s Mel Deasy a shot further back in a share of 18th.

The week belonged to Hill, however, who joins an illustrious list of previous winners that includes England’s Justin Rose (1995).