Hill at the summit after day one 64 at McGregor Trophy 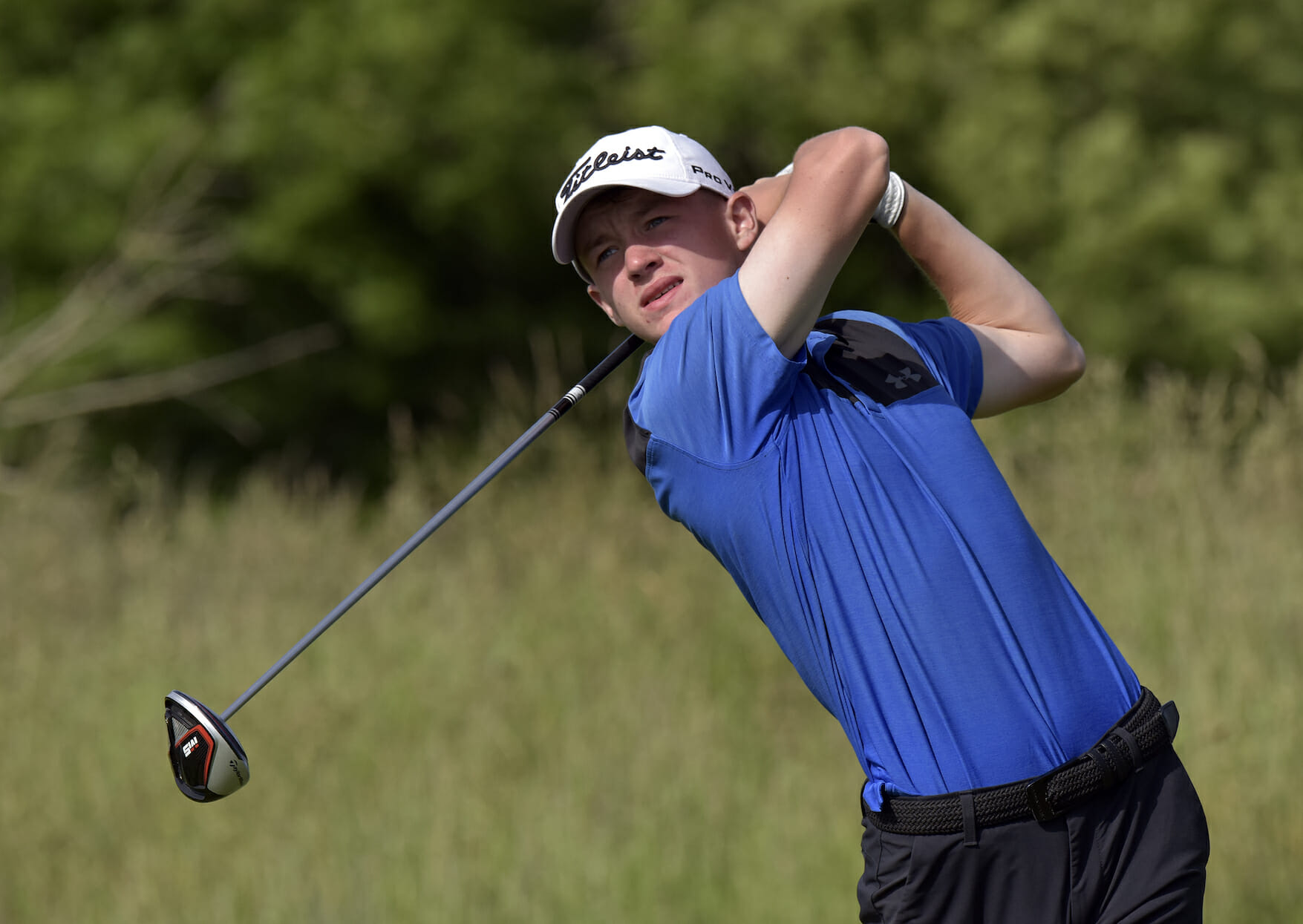 Joshua Hill (Galgorm Castle) driving from the 7th tee in the final round of the 2019 Irish Boys Amateur Open Championship at New Forest Golf Club today (28/06/2019). Picture by Pat Cashman

Galgorm Castle’s Joshua Hill carded a spectacular six-under par 64 to storm into the lead after the first round of the McGregor Trophy.

The 15-year-old from Antrim won this year’s Leinster Under-16 Boys’ title at Beaverstown Golf Club in Dublin. He also finished third behind Scot, Cameron Adam at last week’s Scottish Boys’ Under 16 Open at Royal Burgess and he maintained that sort of form with a course record round that included seven birdies to lead by one.

The McGregor Trophy, which is contested for the English U16 Stroke Play Championship, is a 72-hole tournament. After two rounds, the top 40 and ties will progress to play the final 36 holes. Among the previous winners is England’s Justin Rose (1995).