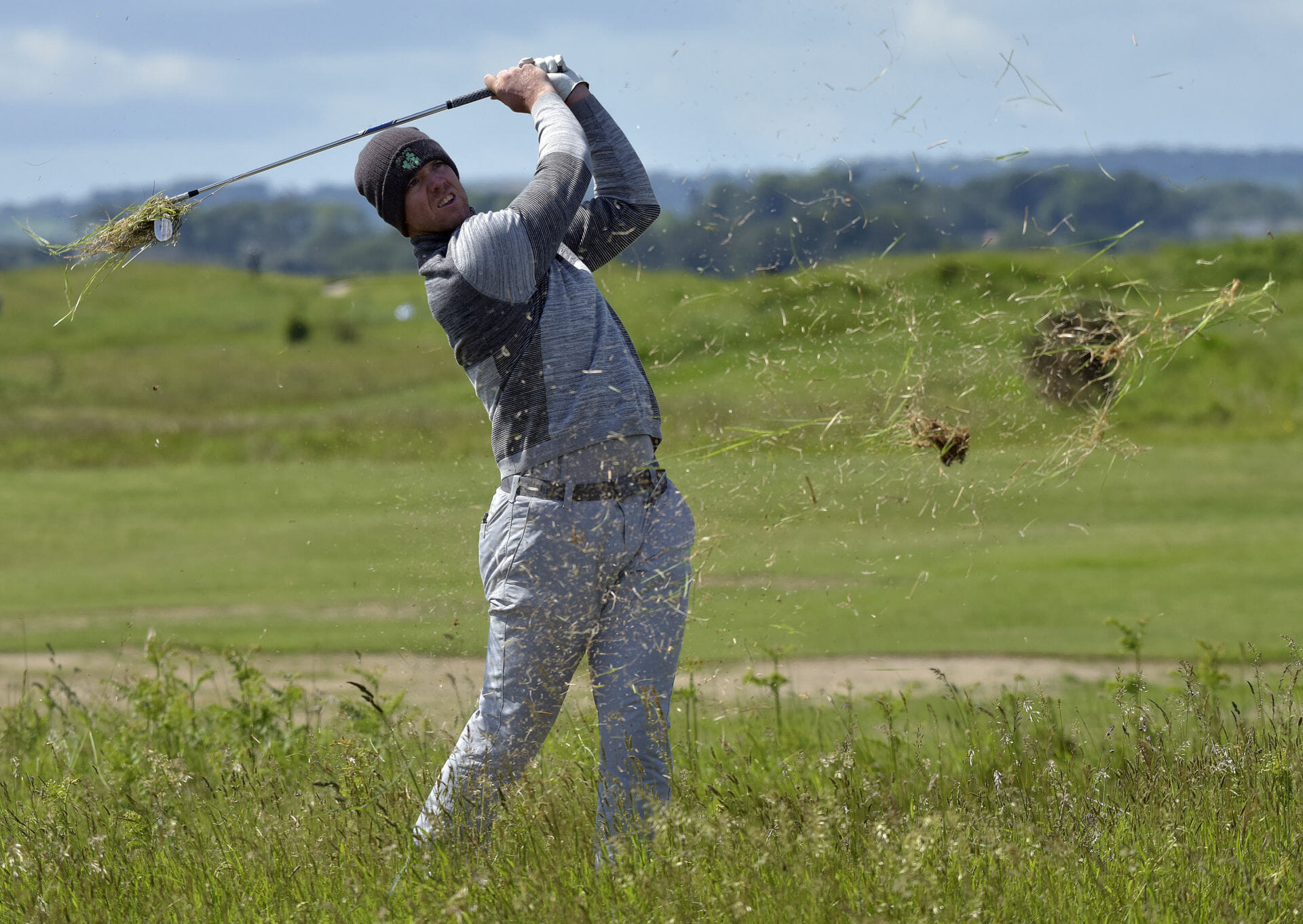 Peter O'Keeffe (Douglas) in rough at the 16th hole during the third round of The d Hotel sponsored East of Ireland Championship at County Louth Golf Club today (03/06/2019). Picture by Pat Cashman

Douglas’ Peter O’Keeffe will face off against England’s Arron Edwards-Hill in the final of the North of Ireland Championship at Portstewart this afternoon.

Big-hitting O’Keeffe’s commitment to his own golf game has been rewarded this week after he made a dart from the Irish Open at Lahinch on Sunday having carried Robin Dawson’s bag to a healthy finish in County Clare.

It was an almighty battle between the pair with nothing between them after nine holes before O’Keeffe ground down the Irish International to go 2UP through 15 and take command. It was a lead he wouldn’t let slip, eventually booking his place in the final at the expense of the leading qualifier, 3&1.

Standing in O’Keeffe’s may is Chelmsford’s Edwards-Hill, who finished second behind Dundalk’s Caolan Rafferty in the West of Ireland in April. He came through Portmarnock’s Geoff Lenehan and Edenmore’s David McAleenon to set up a tie with Mullingar’s Liam Grehan in this morning’s semi-final.

Unfortunately for Grehan, the Englishman was feeling it, easing through to the final 5&4 to set up a mouth-watering tussle with O’Keeffe this afternoon.

The final gets underway at 1pm.