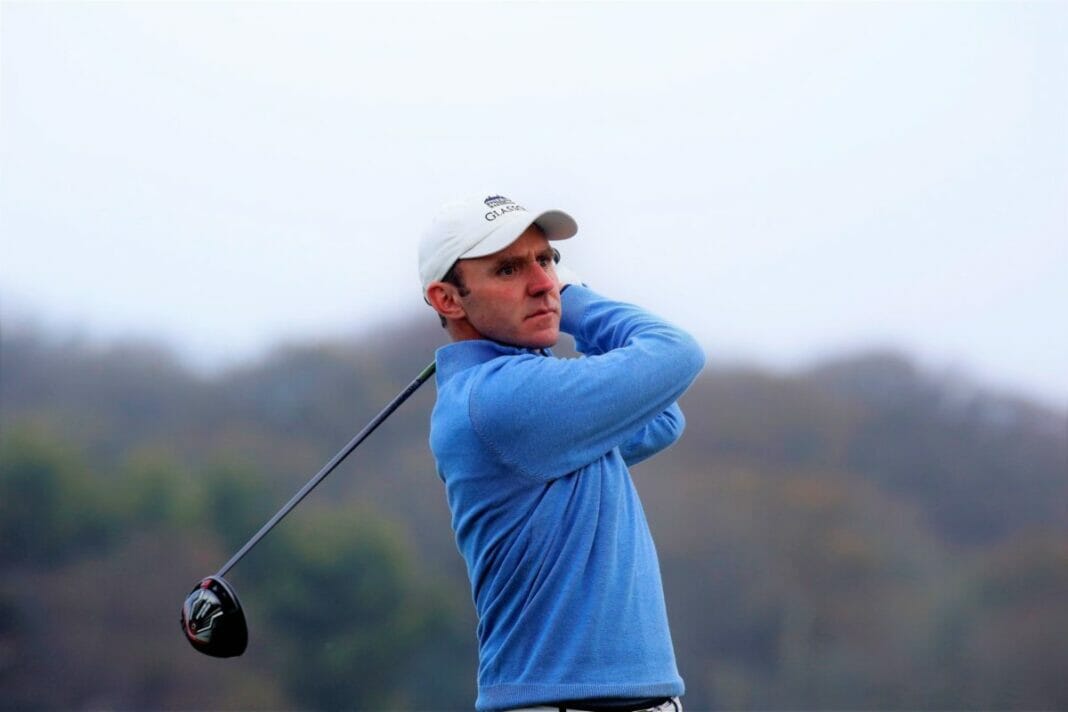 Colm Moriarty’s excellent run of form continued with victory in the Johnston, Mooney and O’Brien sponsored PGA Challenge at The Heritage Golf and Spa Resort.

“It’s a busy period, you have got to make hay when the sun shines,” said Colm on collecting his third win in five events on the PGA in Ireland schedule.

Out at 9.30am, Colm enjoyed the best of the day’s conditions, with heavy rain making things tough going for the later starters.

The Glasson GC man birdied the second, third and eighth on his outward nine as he reached the turn in three under 33. He picked up his fourth birdie of the day at the 10th, dropped a shot at the 11th but bounced back with a birdie at the 12th before closing out the round with six pars.

“It’s a great course. You need to play good golf around there, it is not the kind of course where you can just poke it around,” continued Colm.

“It asks a lot of questions, every hole is different, everyone raves about it.

“I played very well. I put the ball in position every time off the tee and gave myself a lot of chances. I played the kind of golf you need to around there.”

The next event on the schedule is the SMJ & Darwin Construction Thurles Pro-Am on July 12th.