Smash and grab win for wonder boy Walsh in Connacht 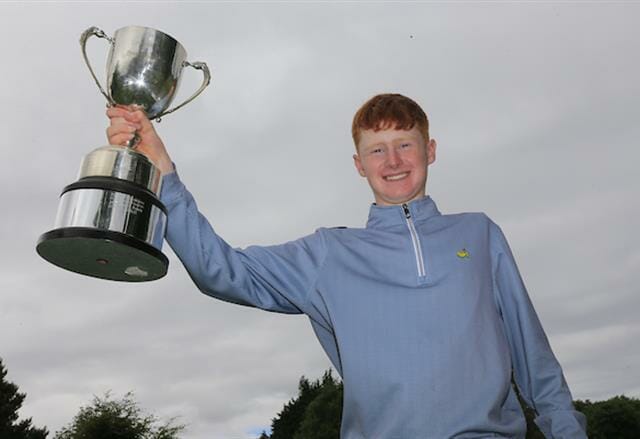 With a mountain to climb, and Joshua Hill out in front, Walsh carded two birdies in a one-under par opening nine that cranked up the pressure on Galgorm Castle’s Hill.

The overnight leader responded to the turn in 35 also but from there it all changed with Hill dropping shots at 12 and 15 while Walsh picked up another at the par-5 14th to draw level.

To Hill’s credit, he managed to regain his composure in picking up a superb birdie on 16 but just as the tournament looked to be returning to his hands once more, he let a shot go at 17 while the wondrous Walsh found another gain at the par-3 penultimate hole.

By the time the pair got to the 18th green, Walsh had two putts from a few feet away for the Championship. Two was all he needed as Hill dropped another shot to miss out on the title by a single stroke.

In the end, Walsh’s winning round of two-under par and minus-six tally was enough to seal the deal.