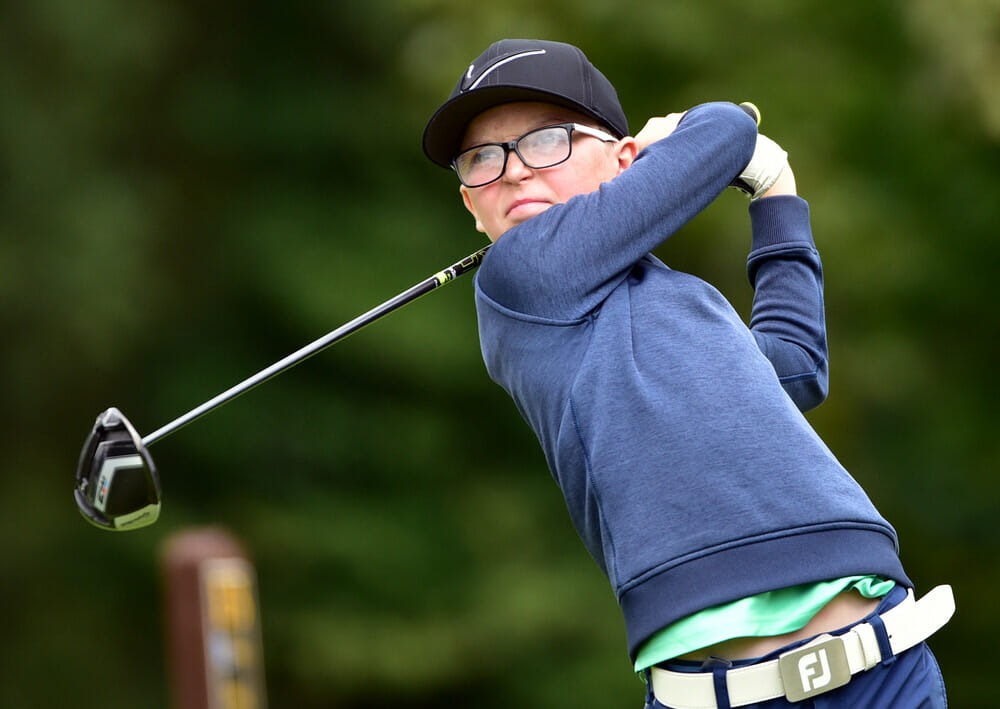 Malone’s Fionn Dobbin came out on top in a thrilling final to claim the Ulster U14 Close Championship at Blackwood Golf Club.

The Hamilton course was typically testing all day with Dobbin coming through the all-Malone semi-final having made the turn 3UP against last year’s winner Buchanan while Hogg outmuscled Bickerstaff in the other last-four encounter, igniting with a burst of six hole wins in a row to book his place in the final.

And what a final it was. All square playing the last, Dobbin put it up to one-handicapper Hogg from Belvoir Park when he made a routine par on 18. With Hogg unlucky to find a tough lie in the rough, he failed to get up and down from the back of the green much to Dobbin’s delight who was crowned under-14 Ulster Champion as a result.