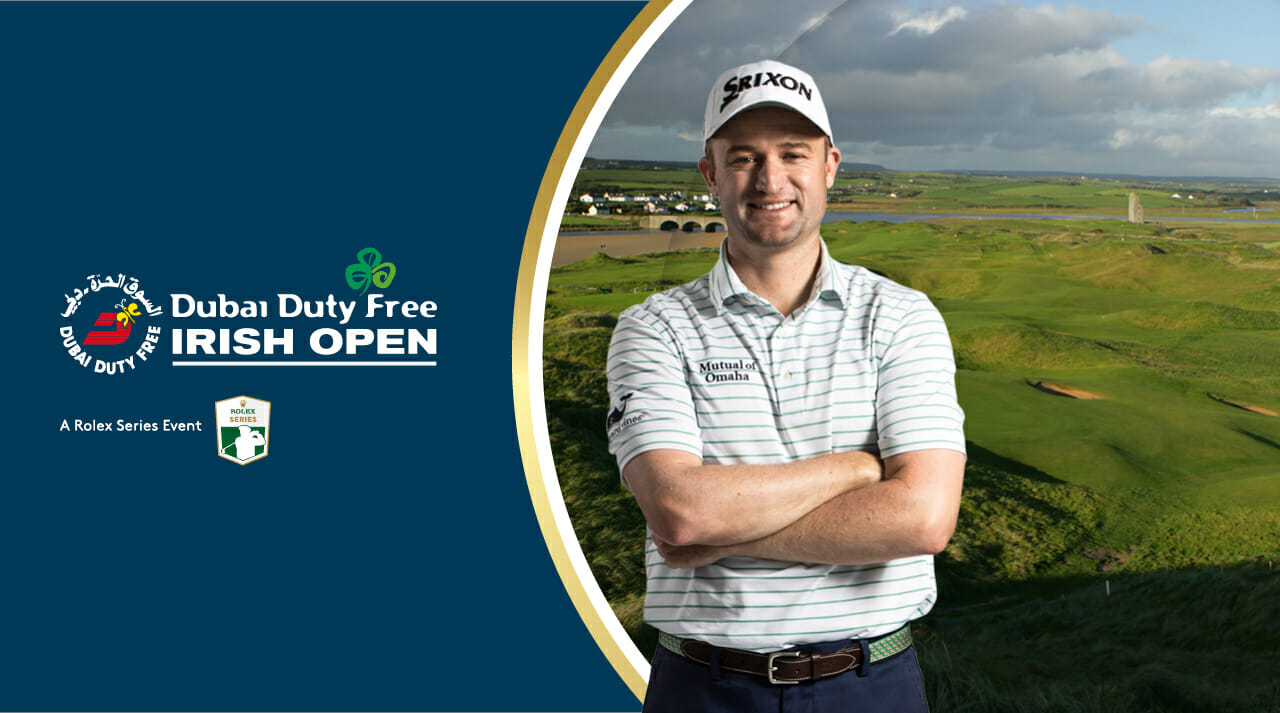 Russell Knox reckons he’s found the secret recipe to a first successful defence of an Irish Open in 22-years – a pint of Guinness every night.

Knox has returned to Europe and this week’s Dubai Duty Free sponsored event looking to become the first player since fellow Scot Colin Montgomerie in 1996 and 1997 to win back-to-back Irish Open titles.

For the current World No.72 ranked Knox, it will be a first of three events on ‘home’ soil including next week’s Aberdeen Standard Investments Scottish Open and the July 18th commencing 148th Open Championship at Royal Portrush.

A year ago, Knox pulled-off not one but two of the best 18th hole putts of his career in firstly holing a curling near 40-footer in his fourth round 66 and then repeating the feat from pretty much the same spot in the play-off for a second birdie to defeat Kiwi Ryan Fox at Ballyliffin.

“I made that 40-foot putt on the 72nd hole in posting a 66 to maybe make a play-off while Ryan Fox had a really makeable putt from around 15-feet but sadly for him, he missed,” said Knox.

“So, then we went into a play-off and all-of-a-sudden I find myself facing very same the identical putt at 18 in the play-off and in she goes.

“It was definitely a crazy, unique way to win a tournament and one which I will never forget.”

And now Knox is keen to repeat the victory feat at Lahinch on Ireland’s Atlantic south-west coast with a wee help from the famed ‘black stuff’.

“I had a pint of Guinness every night after my round and that was my secret recipe for the week,” said the Scot smiling broadly.

“I’m staying here in Lahinch for the week and there is plenty of places where you get a Guinness, so I might just try that again this week and see how it goes.

“Also, living in the States but having grown-up in Scotland, I do also miss the British food to be honest.

“I miss the breakfast a lot; the bacon, baked beans and the bread.  The breaky here in Ireland and the UK is way better than in the States.

“Then, also there’s fish-and-chips, steak-and-ale pie and prawn cocktails crisps while the chocolate is better too, so all of the good stuff.

“There is a lot of things I miss about the UK and that’s why I am definitely am looking forward to being home for these three weeks.”

Knox will also be looking to again draw on a strong Irish fan base should he again be in contention come the back nine on Sunday, and that’s if an Irish player is not vying for the title.

“It was on the 14th that Sunday at Ballyliffin I felt the Irish fans behind me and they seemed to realise that a Scot could potentially win the tournament, so for the last four holes much of them walked with me which was great,” he said.

“Then the way it finished was something that I will never forget as the crowd was just unbelievable.”

A year ago, Knox headed to the Irish Open coming off a superb second place finish at the French Open. Arriving to Lahinch this time around, he’s played 17 events this New Year, and all on the PGA Tour with a best finish of T8th in May’s Charles Schwab Challenge in Texas.

Three of those have been European Tour counting events to leave him lying well back in 179th on the Race to Dubai whereas last December he ended the European year 16th on the money list to earn a Royal Portrush tee time.

“It’s been kind of a strange year. There have been no major fireworks, I guess would be the way to put it,” he added.

“Every aspect of my game feels very good and I’ve been driving well.

“I’ve been putting great for the last month or two. There’s been no really glaring weakness. Just try to put it all together for four days and that’s the only thing that I’m missing.

“I’m happy about not having missed very many cuts but I have to turn those into finishes somehow and obviously finishing in the 20s or 30s just means that I’ve had one kind of bad day or just not quite being clicking on all cylinders.

“But then I’ve been fortunate in my career in the last 10 years or so that every year I’ve gotten on a little roll and obviously we all know it can happen at any time.

“So, let’s hope it starts right here in Lahinch.”

Knox finds himself drawn with Tommy Fleetwood and home hope Shane Lowry for the opening two rounds of the £5.5m event.